When in Palacios, speak as the Palacians do. 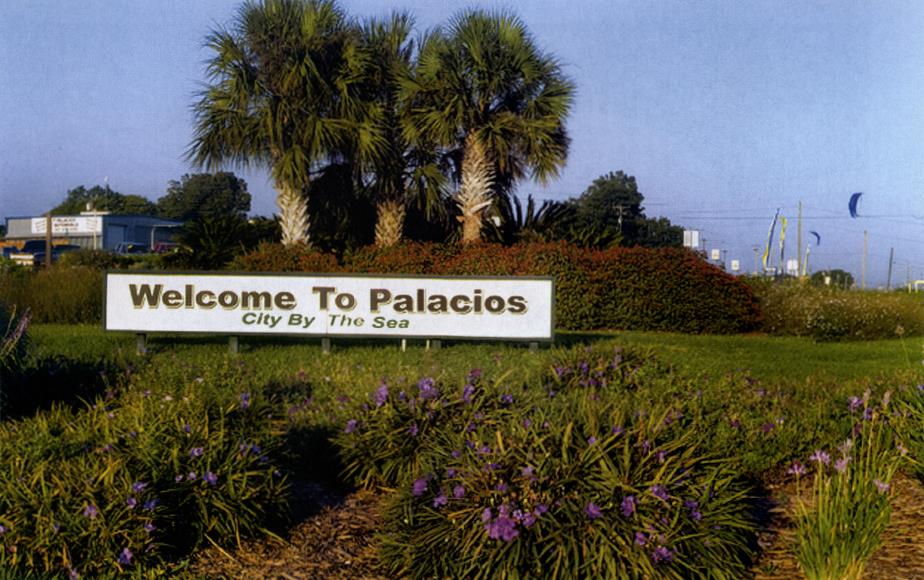 There are some things we take for granted in Texas: Hill Country sunsets,  pit barbecue, the Dallas Cowboys, and how we say “Palacios.”

Incorrect?  Yes. But that’s the way it is. Even though the “correct” Spanish pronunciation is more euphonious.

A letter from subscriber Jerry Fore brought up the names topic again. Jerry and his wife, Barb, moved to McAllen from Michigan about five years ago, after a couple of years as Winter Texans.

In his note, Jerry suggested: “One thing that would be very helpful to us (and a lot of lifelong Texans as well, I suspect) would be a Texas place name pronunciation guide.  I cannot tell you how many different versions of ‘Nueces’ I have heard.  ‘Gruene,’ too, is a problem, or ‘Sabine’ for that matter.  How about ‘Palestine’ and ‘Refugio?’  The final straw came a few weeks ago, when I finally learned how ‘Boerne’ is pronounced.  Shocking!”

I decided to give Jerry a call.

“Well,” he lamented, “the first name that really got our attention was Bexar, as in Bexar County. We couldn’t get used to the idea of the silent ‘x.’ ” Just pronounce it like the animal.

OK, I thought, there are not many Spanish place names in Michigan, so I can give him that one.

But he kept going.

“How do most Texans pronounce ‘Pecos’ or even ‘San Marcos?’” he puzzled.

Or even “Guadalupe” I added.

“And then we were visiting friends in Marble Falls,” Jerry said, “and I saw the name ‘Boerne’ in the paper. I knew it probably wasn’t pronounced the way it looked, so I had to ask.”

Those Germans have a way of twisting the tongue.

Let’s keep the game alive: If you have a favorite local name with a quirky pronunciation, please pass it along. We’ll share the list with everyone else.

One thing I can say for sure—if you’re ever in Tuxedo, the town’s name shouldn’t sound the same as when you describe the fancy suit.