For his fourth illustrated story in as many years, writer Edward Carey went to Galveston to experience Dickens on the Strand

Written by Tyson Bird, Photographs by Will van Overbeek | From the December 2022 issue | Updated: November 16, 2022 | Filed Under: The Magazine 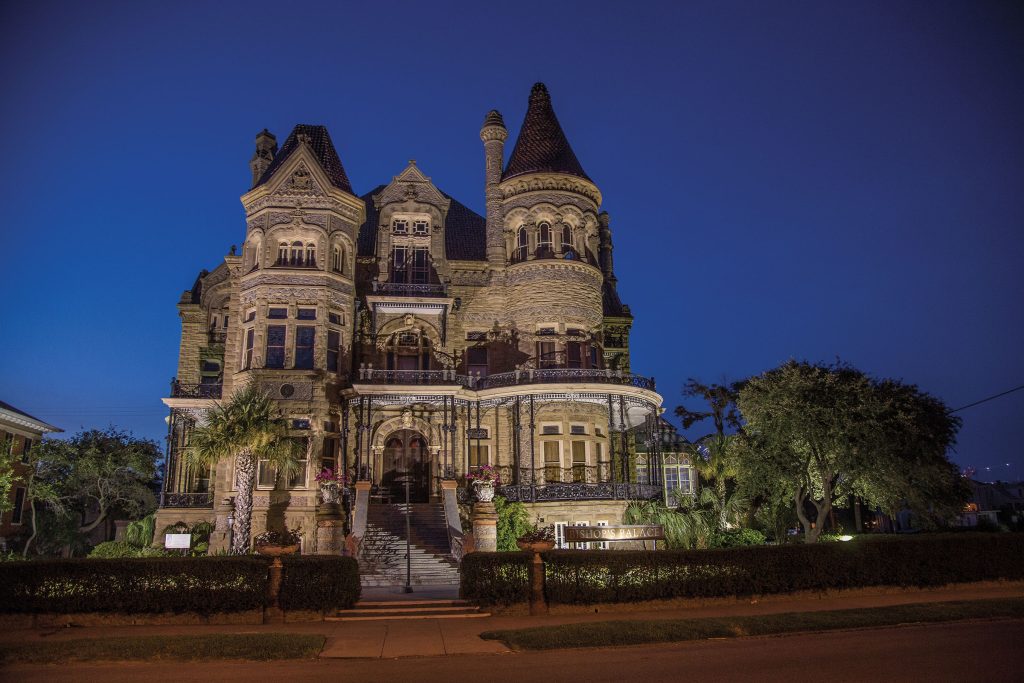 The 1892 Bishop’s Palace, also known as Gresham’s Castle, is located at Broadway and 14th streets in Galveston.

Like many acclaimed authors before him, Edward Carey found that moving away from his homeland gifted him the freedom to write about it in a way he wouldn’t have been able to otherwise. Born in North Walsham, England, Carey has lived in Austin for the past 12 years. While he spends most of his time in the capital city, where he teaches at the University of Texas’ New Writers Project and Michener Center for Writers, he has traveled to some of the state’s most remote destinations for previous Texas Highways assignments. Of his trips to the ghost town of Terlingua and the forests of Big Thicket National Preserve, he says, “I felt I was falling off the world, and it was both troubling and liberating.”

For his fourth illustrated story in as many years, Carey spent time in Galveston, his favorite spot in the state, attending Dickens on the Strand last December. “The strangeness of Galveston—its architecture, its history, the fact that it’s an island—it always feels like somewhere else entirely,” he says. It’s become a special place for his family—wife and celebrated author Elizabeth McCracken, and their two kids, Gus and Matilda—where they return when they crave a glimpse of the ocean and the feeling of freedom that
accompanies it.

Carey’s latest book, Plagues and Pencils, compiles 375 black-and-white sketches he began drawing during lockdown in March 2020. He drew one a day for 500 consecutive days and shared them on social media. “It was a way of communicating in that difficult time, and it gave me a sense of achieving some single little thing each day,” he says. He didn’t intend to keep up the daily pace for so long, but the project built its own momentum as people from all over the world wrote to him and requested specific drawings. He sketched English birds he missed, and grackles and pelicans from Galveston. His love for England and the Texas coast blends poetically in this month’s feature, “A Tale of Two Dickens.” If he left Texas tomorrow, he says, Galveston would retain its prominence in his mind: “It’s a very singular, haunted, and striking place. I’ll never tire of it.”