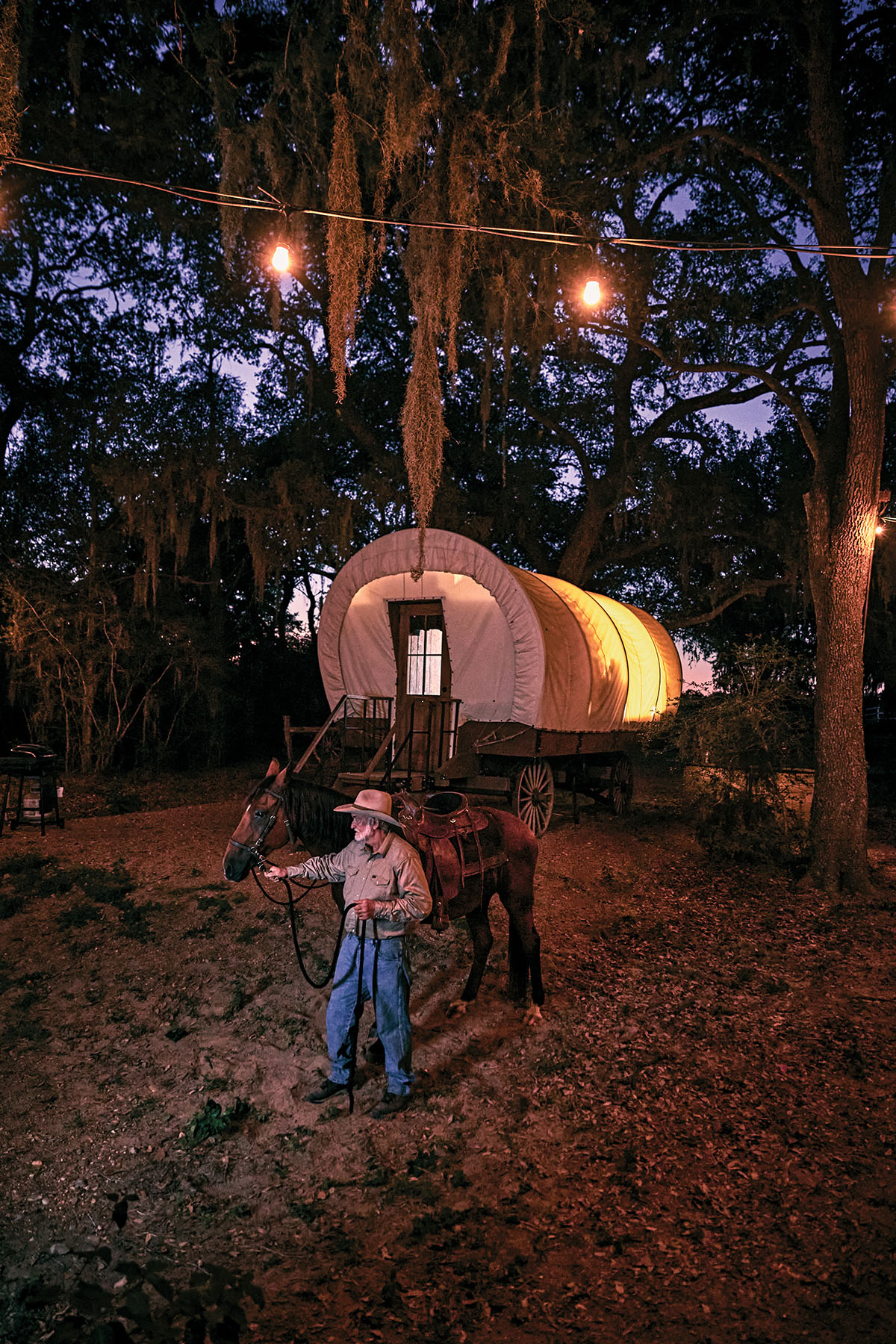 Skeeter Hagler is the head of guest services at Blisswood Bed and Breakfast Ranch in Cat Spring. Photo by Scott Slusher

Erwin “Skeeter” Hagler may not be a cowboy in real life, but his career has been intrinsically tied to the cowboy lifestyle. Pictured on this month’s cover at Blisswood Bed and Breakfast Ranch, where he serves as head of guest services, Skeeter jokes that he ended up in the photo by default because he was the only one at the ranch dressed in jeans and a cowboy hat that day. It’s a full circle moment for the renowned photographer, who ended up at Blisswood—located about 65 miles west of Houston—because of a photography assignment for Texas Highways 17 years ago. He became fast friends with owner Carol Davis over the three-day shoot and moved down to the ranch in Cat Spring soon thereafter. Newly single and with his five kids grown and out of the house, Skeeter was no longer tied to his native Fort Worth. He decided to give ranch life a try.

Skeeter is best known for a photo series on the Western cowboy, which garnered a Pulitzer Prize—the industry’s top honor—in 1980. Shot on the Pitchfork, 6666, and JA ranches in the Texas Panhandle, the series ran over two Sundays in the now-defunct Dallas Times Herald. Skeeter worked for the Herald for 16 years and then traveled the world speaking about his photography. All these years later, he still sells prints from the series at galleries and other venues. “I think what’s made it so popular is that cowboys have always been the same—they were the same 50 years ago, and they’ll be the same 50 years from now,” he says.

While he never expected his spontaneous move to Blisswood to turn into a long-term gig, the 75-year-old relishes his role on the ranch and says it keeps him young. He spends most of his days outside, teaching guests how to shoot, leading safaris in the ranch’s exotic animal area, or fixing whatever needs fixing. He’s interacted with thousands of guests over the years, many of them international travelers lured by the opportunity to live out their mythic Texas dreams. “They think we’re all cowboys,” Skeeter says. “There’s a certain mystique about Texas and about cowboys, and that’s why most of our foreign guests come here. They want a little touch of that ranch life.”