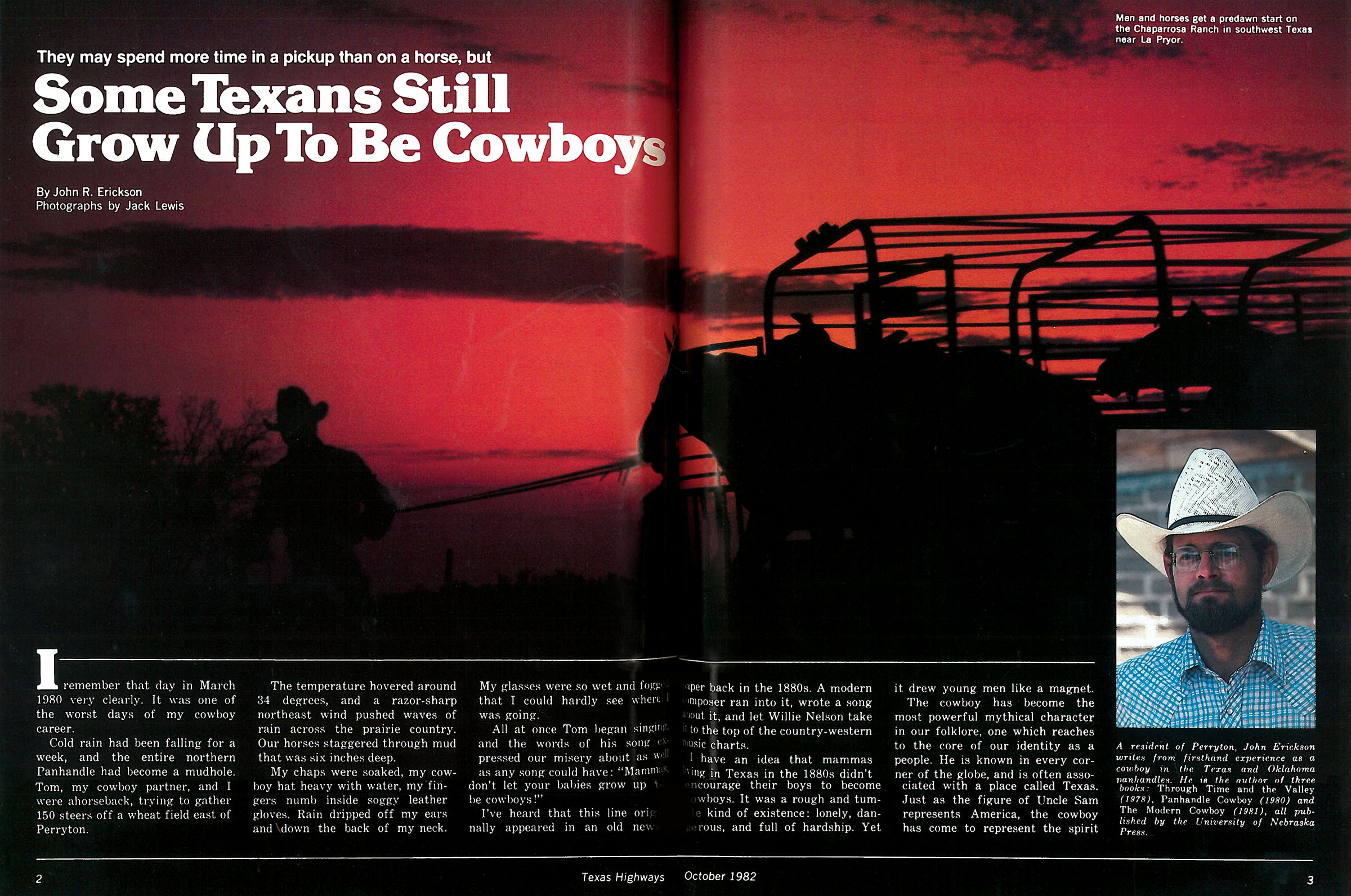 Like many Texans, John Erickson has strong ties to the land that reared him. Despite short stints in Denver and Boston during his college years, the beloved Texas author has lived in the Panhandle most of his life. In fact, if it weren’t for his affinity for the region, generations of Texans might never have had the chance to fall in love with Hank the Cowdog, the main character in Erickson’s popular book series. Hank’s first misadventure was part of a collection of short stories, The Devil in Texas and Other Cowboy Tales, self-published by Erickson in 1982 through his imprint, Maverick Books. Called “Confessions of a Cowdog,” the Hank story wasn’t even Erickson’s favorite of the bunch. But his former neighbors in his hometown of Perryton let him know otherwise. “I decided to read the Hank story for the Perryton Rotary Club, and they just fell out of their chairs laughing,” Erickson recalls. “After the program a guy came loping up and said, ‘You n eed to do more with that dog.’ If he hadn’t said that I don’t know that I would have ever recognized that Hank had star quality.”

A teacher at an elementary school in the tiny town of Spearman, near Perryton, clued him in to Hank’s appeal to children a few books into the series. His original intended audience was adults involved in agriculture—he thought the humor was too subtle for kids. “I did the program [at Spearman] and sure enough, the kids laughed in most of the right places, and I stopped arguing with teachers and librarians.”

Seventy-six Hank books and upward of 9 million copies sold later, Erickson’s day-to-day life hasn’t changed much. He still writes for about four hours every morning and otherwise tends to his M-Cross Ranch in the northeastern Panhandle.

His life as a rancher prompted his story on Page 84 reflecting on the fifth anniversary of the devastating Perryton Fire that burned 318,000 acres, including the Erickson ranch. With help from their neighbors, Erickson and his wife, Kris, have since rebuilt. His story details how the region continues to grapple with the ever-present reality of wildfires.

Erickson’s account marks the return of his byline to our pages for the first time in 40 years. Back in 1982, when he was a fledgling author, he wrote a handful of stories for Texas Highways. Along with a September story, pictured above, about the cowboy lifestyle, founding editor Frank Lively commissioned him to cover rodeos in Pecos and Wichita Falls. While his early freelancing days were short-lived, he doesn’t plan to hang up his hat anytime soon. “I have no intention of retiring as a rancher or writer,” Erickson says. “When you love your work, every day is a vacation.”