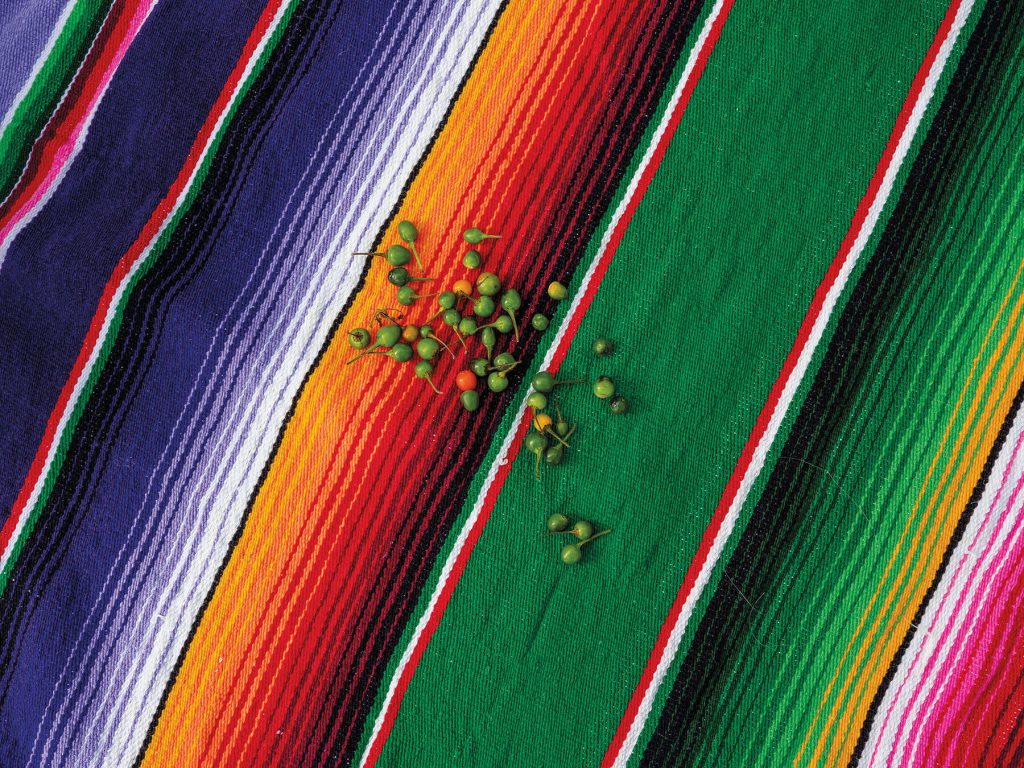 The chile pequin is Texas’ only native pepper. Photo by Brenda Bazán.

This month’s story on Texas’ only native pepper, the chile pequin, originated from a conversation between our new senior editor, Danielle Lopez, and her father. She started her research by calling her dad, who like many Texans, has been on a lifelong quest to find the perfect salsa. “He started telling me about how his mom would pick fresh pequins that grew around their house in Pharr and bring them in to make a really hot, delicious salsa,” she says. “It’s a very common practice among South Texans. But he joked that we don’t see it in restaurants too often because people can’t handle the heat.” Danielle joined our team in June to head up our food coverage, after stints at the Alcalde, KUT, and the Texas Observer. One of her first tasks was shaping a nebulous story idea we’d been kicking around for a while on peppers and their prominence in Texas cuisine.

The resulting story, penned by Austin-based writer Cat Cardenas, delves into the many uses for the chile pequin and its deep roots in Latino culture across the state. Born and raised in McAllen in the Rio Grande Valley, Danielle grew up “in a big family, speaking Spanglish, eating lots of Mexican food, and singing along to country and Tejano music.” It’s that culture and the feeling of community that she misses most about her hometown since moving to Austin. She’s looking forward to exploring more of Texas’ cultural diversity and inimitable variety of food in her role as Plates editor.

“I think there’s a lot to be learned about people through their relationship with food,” she says. “Whether it’s a chef in one of the big cities serving cutting-edge dishes or a family who’s been baking pastries in their hometown for 100 years, there’s always a great story to tell.”

Danielle’s favorite place to visit in Texas is South Padre Island, where her family vacationed frequently. For the last few years, she’s taken annual trips to Kingsland, about an hour-and-a-half northwest of Austin, to spend time on Lake LBJ. She’s hoping to explore the Panhandle in the coming years. “In our next issue, we have a story about a restaurant in Lubbock that I’m excited about,” she says. If you have ideas for future food stories we should cover, send her an email at [email protected]