This plains city's attraction draws on its rich cultural experiences 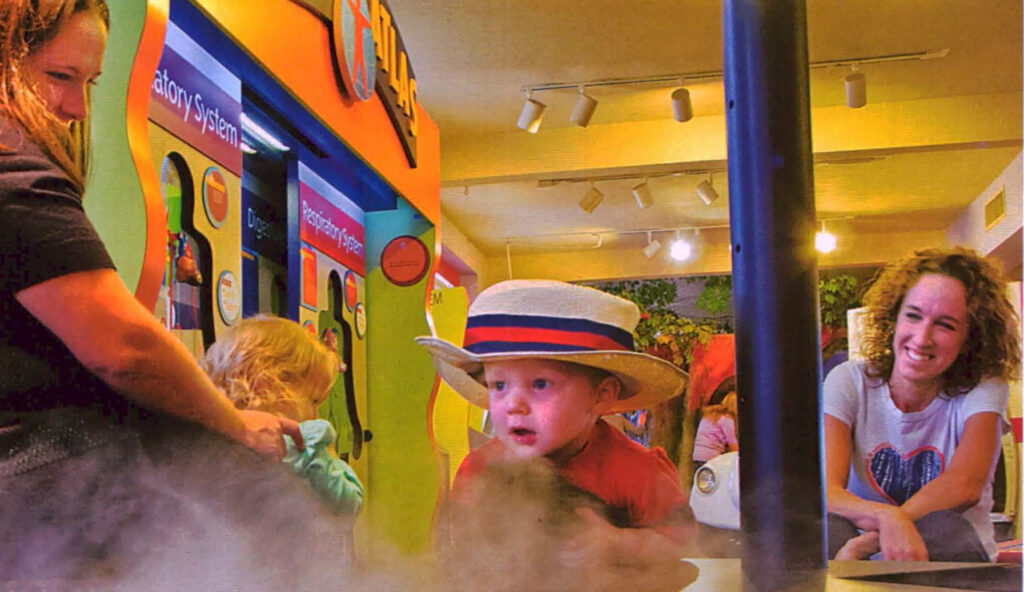 Children delight in the hands-on exhibits in the Grace Museum, where a hidden bird’s nest awaits in a two-level Texas pecan tree and a sound wall produces musical notes.

Abilene
is on 1-20 about 150 miles west of the Dallas-Fort Worth metroplex. Contact the Abilene Convention and Visitors Bureau, 800-727-7704; abilenevisitors.com.

If you draw a big circle on a map of Texas connecting the dots of San Antonio, Austin, Dallas/Fort Worth, Lubbock, and Midland/Odessa, Abilene appears smack in the middle. The town’s mid-Texas location didn’t happen by accident, but it came about thanks to the path of the Texas and Pacific Railway, completed in 1881. Abilene’s rolling landscape and mild weather account for part of the city’s appeal today; its friendly, hard-working citizens deserve credit for developing a weekend-worthy list of things to do and see.

I started my exploration of Abilene at Frontier Texas, where interactive exhibits explore the century (1780-1880) when the area transformed from wide-open prairie where buffalo roamed into the community that would become modern Abilene. The frontier-fort-style facility tells stories through the voices and images of “spirit guides,” including a Native American, a soldier, a buffalo hunter, a cattle driver, a former slave, and a frontier woman, as well as Cynthia Ann Parker, the mother of the last Coman­che chief Quanah Parker. You’ll see 360-degree movies and life-size replicas of buf­falo, tipis, soldiers, and Longhorns; listen in on period music and conversations; and witness dramatic frontier battles. Visitors can climb into a chuckwagon or stagecoach, see where trail drives went and forts were located, and watch fireflies blink overhead. Outside, kids can run on the wide-open parade ground, climb into an enormous buffalo skull sculpture, and let their inspired imaginations go wild.

Downtown contains several museums worthy of a long visit, all within walking distance of each other. The National Center for Children’s illustrated Litera­ture, or “the nickel” as locals call it, occu­pies a handsome brick building on the corner of 1st and Cedar streets. I didn’t have any children along, but I enjoyed the current exhibit, Raul Colon: Tall Tales and Huge Hearts, on view through March 29. Colon illustrated more than 30 children’s books employing a com­bination of watercolor washes and pen­cil to create rich colors and texture. In addition to viewing his original illustra­tions, you can also buy Colon’s books, as well as those of other beloved children’s authors, in the center’s bookstore. 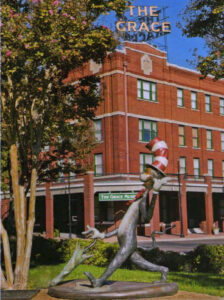 Five more bronze Seuss characters will join the “Cat in the Hat” in the Storybook Sculpture Garden on April 11.

At the next corner along 1st Street, the four-story Grace Museum occupies the Mission Revival-style 1909 Grace Hotel. A neon sign glows on the rooftop, and the museum hosts an interesting collec­tion of permanent and traveling exhibits. Check out the third-floor permanent his­tory display, with an authentic 1940s-era boot shop, early-1900s kitchen, late-1800s parlor, and other peri­od rooms. Second- and third-floor galleries host traveling exhibits of works by various artists. The current main exhibit on the first floor, Wild Things (through Jan. 26), features Texas flora and fauna painted in vivid colors by Billy Hassell and ren­dered in unusual sculptures by David Everett. A hands-on children’s museum on the third floor includes a sound wall, where touching different spots produces musical notes, meaning kids can make a joyful noise doing what they do best: wig­gling. Kids can also explore a two-level pecan tree, watch a Texas tornado, and create an original artwork.

Catty-comer to the Grace and next to the restored Texas and Pacific Railroad Depot, Everman Park’s Storybook Sculp­ture Garden houses a whimsical collec­tion, including a pig on wheels and the bronze “Childhood’s Great Adventure,” based on William Joyce’s book Santa Calls. A bronze “Cat in the Hat” was dedi­cated during last June’s inaugural Chil­dren’s Art and Literature Festival, which spotlighted the works of author and artist Dr. Seuss. And, on April 11, Abilene will unveil five additional Seuss sculpt­ures, including Horton, Grinch, and The Lorax, all by artist Leo Rijn.

Farther afield, the Abi­lene Zoo in Nelson Park houses snakes, birds, lions, tigers, rhinos, zebras, and alligators. Highlights for me included a bridge over the giraffe enclosure, where I bought crackers and fed the long-necked­—and long-tongued—creatures by hand, and the flock of pink-feathered, stilt legged flamingoes. In 20U, the birds pro­duced their first two chicks. Director Bill Gersonde attributes that success to the addition of 12 members to the flock (the birds prefer large groups) and perfection of a clay mixture for their nests. Flamin­goes use their prodigious beaks to build mud towers on the ground, upon which they incubate a single egg. This requires clay hard enough to hold up to rain and web-footed traffic, but pliable enough for the birds to work with. The zoo hit on a flamingo-friendly dirt formula, Gersonde says, and he hopes to see more chicks this coming summer. 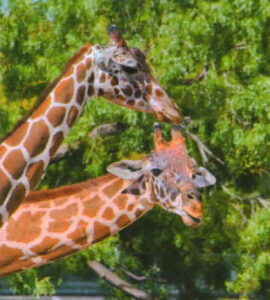 See giraffes up-close from an elevated walkway at the Abilene Zoo.

In West Texas, chowing down on a big, juicy steak is a must, and I had mine at Perini Ranch Steakhouse, a former hay barn on a family ranch 10 miles south of town near Buffalo Gap. In addition to steaks, a Sunday lunch offers Southern-­style comfort food such as fried chicken, smoked ham, and chicken-fried steak at picnic tables on the tree-shaded patio. Save room for the Perini Ranch Bread Pudding—the bread is sourdough, and the sauce includes Jack Daniels whiskey.

Locals also rave about the steaks at the understated yet elegant Beehive Restau­rant and Saloon downtown, but a shish kebab is also a good choice; owners Ali and Nairman Esfandiary emigrated from Iran, where skewered meats are a spe­cialty. For barbecue fans, Betty Rose’s Little Brisket’s two locations serve mes­quite-smoked brisket and pork ribs with all the sides and all-you-can-eat catfish on Friday and Saturday nights.

When you’re ready to rest for the night, interesting lodging options include the Main House at Perini Ranch, a restored 1885 farmhouse that sleeps five, or the three-person Camp House. In nearby Abilene State Park, hit the hay in a yurt, a round, Mongolian-style tent (with modern touches such as beds and electricity). Or, stay close to downtown Abilene in one of the nine upscale Sayles Ranch Guesthouses, which have one to four bedrooms and Western furnishings.

During the week, I recommend hav­ing lunch at Bogie’s deli in the heart of downtown, where sandwiches named Key Largo (turkey) and The Caine Mutiny (corned beef) make ordering something almost as much fun as eating there. If you’re into craft beers, Cypress Street Station and Abilene Brewing Company, a single establishment in an airy build­ing with brick walls and high, pressed-tin ceilings, offers flights of four brews. That makes for a relaxing finale to an amaz­ing Abilene weekend.