Rolling Out a New Dawn 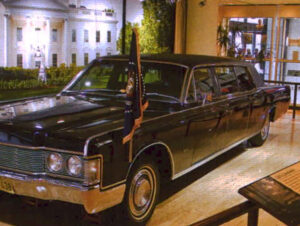 On December 22, the 100th anniversary of Lady Bird Johnson’s birthday, the LBJ Presidential Library in Austin unveils its redesigned, state-of-the-art museum exhibits after a one-year ren­ovation. Opening-day festivities include live music and a birthday cake.

In an auditorium fitted with benches and a 180-degree, curved screen, a 12-minute film introduces guests to the President. In­teractive displays and m re than 30 of LBJ’s taped conversations with other influential Americans convey the current and historical relevancy of the administration’s initiatives.

Smart phone applications provide guided audio tours of the high­lights in both Spanish and English. In a multimedia tour, Lady Bird reflects on exhibits in her own words complete with home movies and other images. Three more theater spaces show films on civil rights, legislation, and life in the White House.

At an interactive table in the Great Hall, guests are invited to comment on how Johnson’s legislative legacy affects them today. At another interactive display, equipped with the actual information provided to LBJ under the pressure of a ticking clock, visitors explore pivotal decisions about the Vietnam War.

An animatronic LBJ tells jokes and stories, and cartoon flipbooks show how editorial cartoonists captured the administration at that time. Three sections span the zeitgeist of 13 years, from the launch of Sputnik in 1957 to the end of Johnson’s presidency in 1969.

A temporary exhibit in January will feature the best pho­tojournalism from the UT Briscoe Center for American History. Call 512-721-0200; lbjlibrary.org.