Taking it From the Streets

A fresh look at Vietnamese cooking in Austin 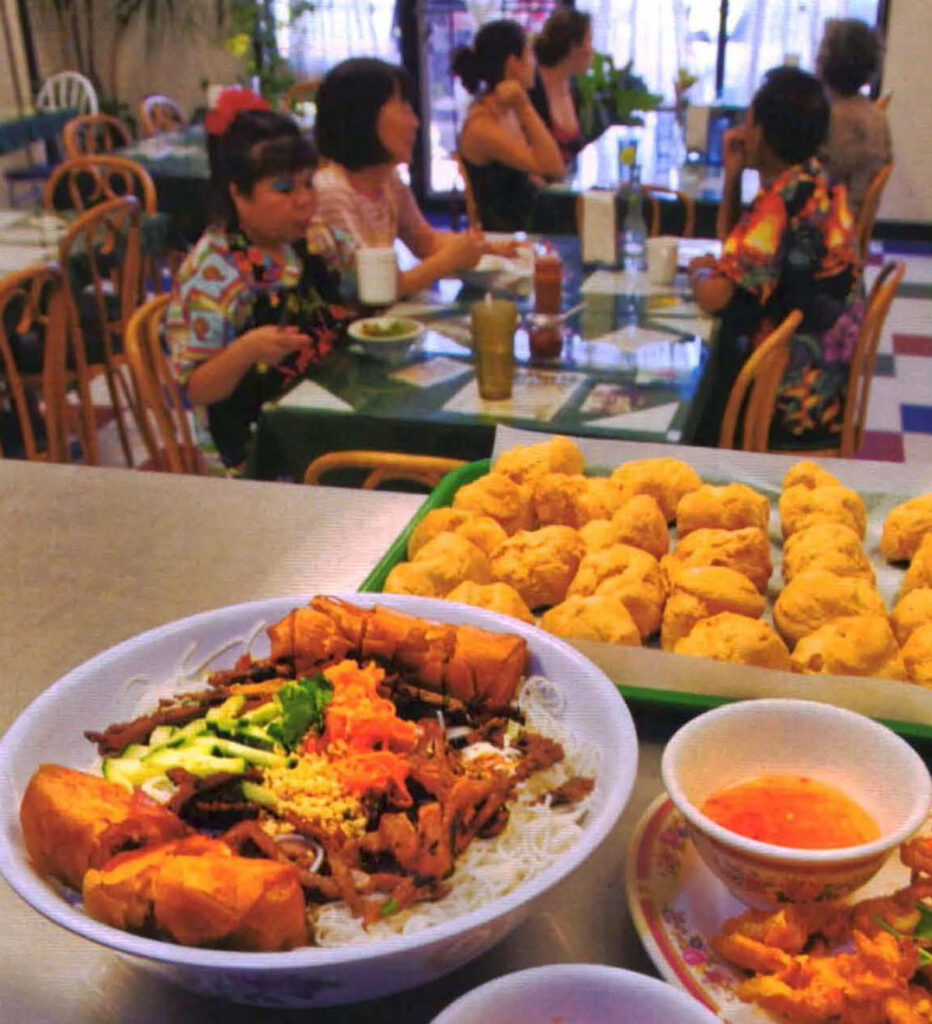 I’m willing to forgive the often-uninspired decor and unflattering lighting for a chance to taste something I’ve never had before. But recently, as foodie friends have adopted a prefer­ence for organic and locally sourced cuisine, it’s harder to persuade them to make the trek. Let’s face it: While I’ve always found the food on North Lamar’s restaurant row to be de­licious and fresh, these are not restaurants where the cooks have coddled their chickens.

Lately, though, I’ve noticed successful chefs in Austin turning ethnic street food on its ear by preparing it with organic meat and produce. And in the case of Vietnamese food in town, when I dug a little deeper, I discovered a heartening connection between one of the savviest restaurateurs in Austin and a 13-year-old Vietnamese deli known for its baguette sandwiches and cream puffs.

In late 2011, chefs and restaurateurs Larry McGuire and Tom Moorman opened a Vietnamese-French restaurant called Elizabeth Street Cafe in a former coffee shop in south Austin. Not only do they use organic meats and locally sourced pro­duce, but the decor here—inspired by 1950s Hanoi—makes the cafe as worthy of a date night as a quick lunch. 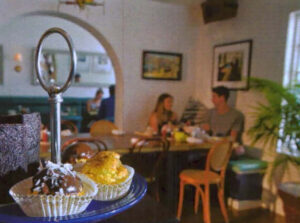 What I love about Vietnamese fare­—whether it’s prepared at Elizabeth Street Cafe or at the myriad mom-and-pop joints on North Lamar—lies in its beguil­ing contrasts: the aroma of grilled meats with fresh mint, basil, and cilantro; the acidic kick of lime and chilies; the cu­rious saltiness of ubiquitous, anchovy based fish sauce. When it’s cold outside, I crave a satisfying bowl of the noodle soup called pho, fragrant from hours of simmering and brightened at the table with creamy-white bean sprouts, sprigs of basil and cilantro, and a liberal squeeze of lime. Sometimes I’ll order a dish called the banh xeo, a crispy, rice-flour crepe served with a salty-sweet-sour dipping sauce called nuoc cham.

On my last visit to Eliz­abeth Street, I dug into a simple banh mi, a Vietnam­ese sandwich made with barbecued pork, shredded carrot and cucumber, and thin slices of jalapenos. ”What’s cool about Vietnam­ese food is that it’s based on inexpensive cuts of meat, noodles and rice, and fresh herbs and vegetables,” Lar­ry told me. ”But the reason it works so well in Texas is that it’s a hot­-climate food. It’s light and satisfying at the same time, with changes of both texture and temperature—like when you add cold bean sprouts and fresh herbs to a hot soup.”

A few days later at lunch up on North Lamar, I savored spoonfuls of rich beef broth at a little spot called Tam Deli, slurp­ing noodles and watching sisters Tam Bui and Tran Ngoc dash from kitchen to table with platters of soups, vermicelli bowls, and banh mi sandwiches. On the wall next to the bakery case, which is filled with cream puffs and sticky-rice snacks, there’s a photo of Lady Bird Johnson and her family at Tam Deli, along with images of the sisters as teenagers in Vietnam. Water trickled from a bamboo fountain near the doorway, and each time an order was ready, Tam or Tran would ring a little bell, and out came another tempting dish I’d vow to order next time.

Tran was a student at the University of Texas during the 1970s, and after the fall of Saigon in ’75, her family made its way to Texas. Eventually, Tran and Tam opened a restaurant, using family recipes passed down from their mother and rela­tives in Vietnam.

Famous for its delicate, custard-filled cream puffs; its fabulous banh mi; and during the holidays, its French buche noel cake, Tam Deli nonetheless has items on the menu that don’t appeal to me person­ally. I was unimpressed recently with a salt-and-pepper squid platter (too fried and too plain), but of course home-cook­ing of all genres has both bold and simple flavors. “I would say that my favorite thing on the menu is our banh xeo,” says Tran. “It’s shrimp and pork in a crepe, and we serve it with leaf lettuce and herbs, and you wrap it up and dip it in nuac cham. We eat that sauce with everything.”

Later, I asked Larry what he thought about some of my North Lamar favorites. ”I think the banh mi at Tam Deli is really good,” he told me. ”In fact, some of the things on our menu are homages to the menu at Tam, like our shrimp-and-yam fritters. I’ve been eating at Tam Deli since I was in middle school. I’d go there with my mom, and it was one of my favorite places to eat.”

“Vietnamese food, in general, is very light, fresh, and satisfying,” says Tran. “To newcomers, I would say, just give the food a try. I think you will like it.”