Written by Natalie Moore, Photographs by Carlos E. Morales | From the February 2021 issue | Updated: February 4, 2021 | Filed Under: Things to Do 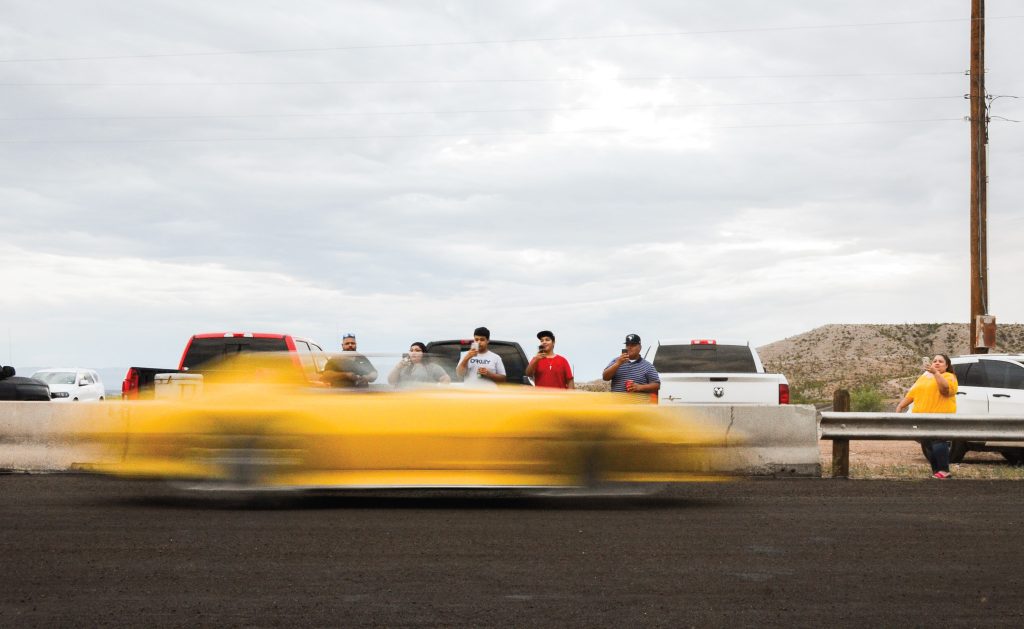 A car zips past onlookers during a race on the International Presidio Drag Strip.

Along the banks of the Rio Grande lies Presidio, an unassuming, sleepy border town inhabited by cattle ranchers and Border Patrol agents. Unknown to many, it’s also home to men and women who love to tinker under the hoods of classic cars and race them on the desolate rural highways and in the recently reconstructed racetrack just outside of town.

“You wouldn’t think that there are fast and powerful cars here, but we have them,” says Robert Romero, a local schoolteacher who moonlights as president of Presidio Drag Racing and races a 1962 Chevy Nova.

The International Presidio Drag Strip had been a feature of the city for decades, often hosting outdoor festivals. But by 2018, the track had fallen into disrepair after nearly a decade of inactivity. That’s when Romero and Vice President Alex Jimenez took over.

Their club raised $15,000 from the city, along with in-kind contributions from Odessa-based construction companies, to turn the old 55-foot drag strip into a 310-foot straightaway. The surface is thicker in depth than normal, with 6 inches of concrete making up the road, as opposed to the standard 4 inches. This helps preserve the track as muscle cars, classic cars, and diesel trucks outfitted with big-block engines rip down the line—the fastest ever finishing at 5.9 seconds. The International Presidio Drag Strip averages an event every two months, attracting racers from West Texas and northern Mexico.

“There’s not much to do here in Presidio, especially during the pandemic,” Romero says. “For us, it’s two hours to go to a Walmart, it’s an hour and a half to go to a movie. The track gives us something to do. We can come out here and drink some beers, eat some barbecue, and watch some fast cars. You can hear the engines roar, smell the rubber burn, and feel the rumble of the track.”