Written by Art Williams | From the August 2018 issue | Updated: October 27, 2018 | Filed Under: On the WaterOutdoorsRivers 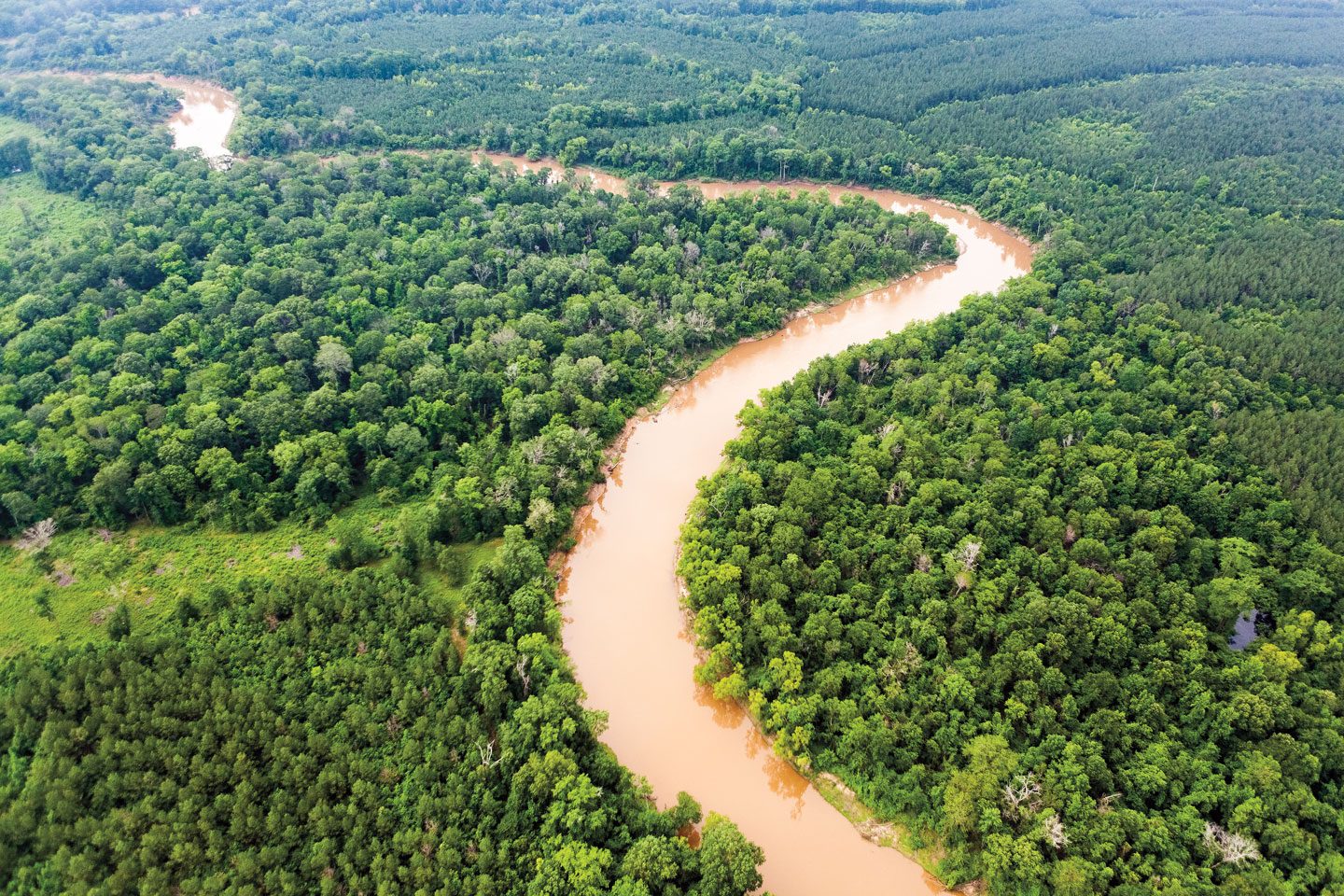 The Sabine River flows through the Piney Woods on the eastern edge of Texas. Photo: Kenny Braun

There’s something about a river that evokes feelings of nostalgia. Perhaps it’s the tie to something ancient—the current that ripples over our feet carries the same water that sustained native tribes and beckoned early settlers to its shore. Maybe it’s that rivers remind us of the carefree way we played outdoors as children, before responsibilities and schedules stole the freedom and sense of wonder that marked our summer days. Beloved author John Graves considered time spent on a Texas river as an opportunity to reconnect with nature and ourselves. His journey down the Brazos, documented in 1960’s Goodbye to a River, continues to inspire many adventures, including one chronicled in this issue.

Our new Managing Editor Wes Ferguson, who has authored two books on Texas rivers, puts it this way: “Texas is a pretty urban state, but our rivers are still these ribbons of wilderness running through our own backyards, where anyone can take a break from city or town life and go in search of solitude, beauty, and the promise of adventure—what Robert Earl Keen calls ‘that dream around the bend.’”

And rivers offer many entry points. Not everyone can tackle a solitary, three-week canoe trek like Graves did; my husband and I enjoy taking our young kids to the nearby Pedernales River for an afternoon where they can hike and splash until their boundless energy is exhausted, at least for the day. Wes likes to run trotlines for catfish on his hometown river, the Sabine, but is more often found paddling the swift and shallow Blanco, his adopted stream. “For most Texans, it doesn’t really matter where you live,” he points out. “When you feel the call of the wild, a river is probably your nearest option.”