Hike, Fish, and Play—but Watch Out for Bigfoot—at the Mineola Nature Preserve 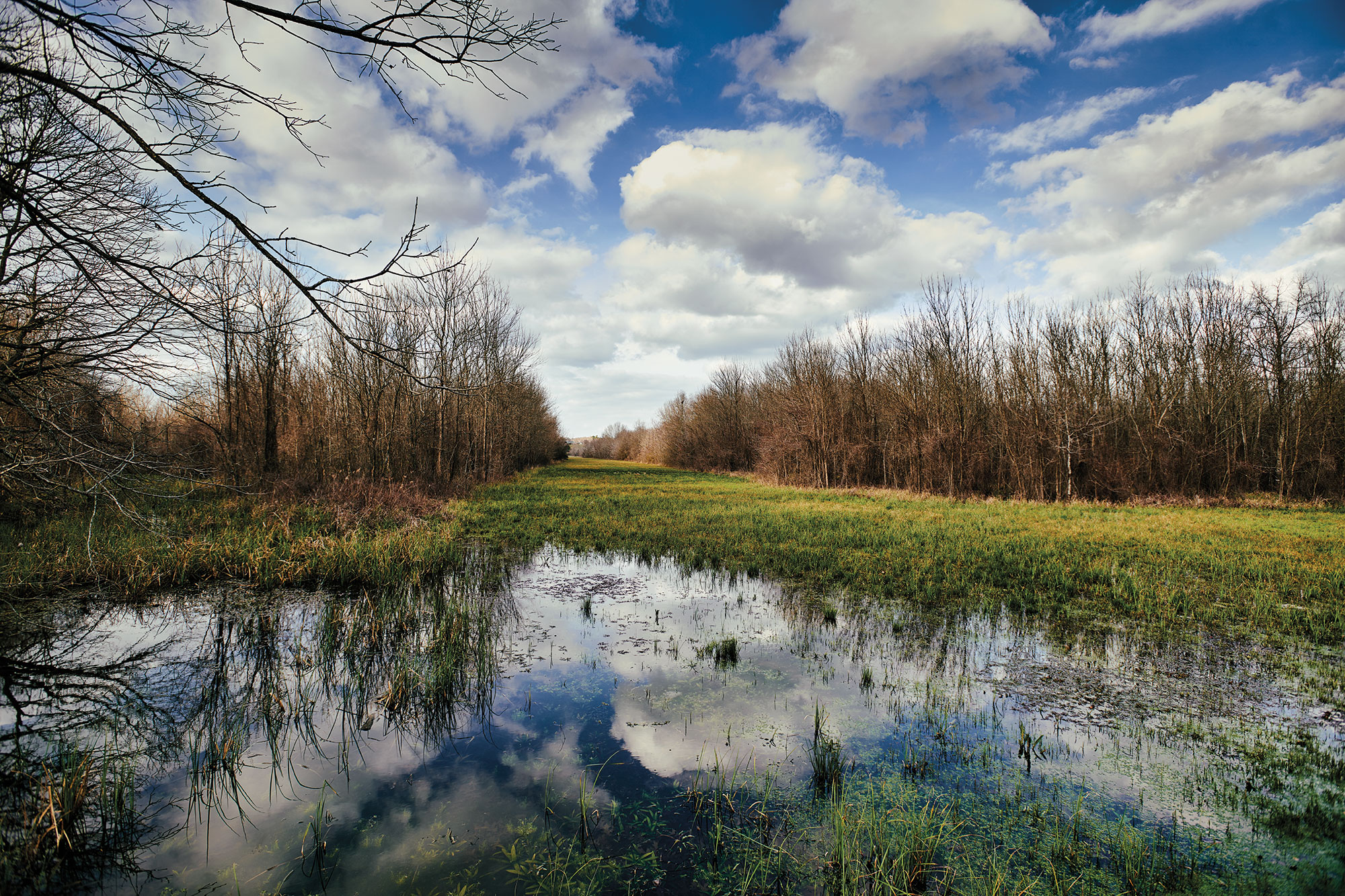 Past the sign for a wastewater treatment plant on the southern edge of Mineola, one of the largest municipal parks in the nation awaits. The Mineola Nature Preserve sprawls 2,911 acres across garden trails, forests, wetlands, grassy fields, and river. More than 193 species of birds roam here, as well as delicate butterflies, roly polies, thundering buffalo, and Longhorn cattle.

As the road from the entrance winds into the preserve, the hilly East Texas landscape breaks into a rolling downward slope to the Sabine River and its old-growth hardwood bottomlands, where all thoughts of the wastewater treatment plant vanish. Beautiful though it is, however, the nature preserve probably wouldn’t exist without the wastewater.

As the previous century ebbed, Mineola officials realized the town’s growing population and aging wastewater facilities were running afoul of Environmental Protection Agency regulations. They eyed 100 acres right outside of town on which to construct a new plant. The owners wouldn’t sell just 100 acres, though. They insisted the deal include the entire property—all 4.5 square miles—at a price taxpayers weren’t too happy to endorse. On the other hand, finding a different location for the proposed plant meant a slew of new permitting and enough red tape to crisscross the town.

Enter the Texas Parks and Wildlife Department, which pointed the city of Mineola toward grants to purchase the sprawling acreage and to begin construction of the preserve in 2002—providing the community with a natural playground fit for both devoted eco-adventurers and weekend recreationists.

Linda Skinner, the park’s hostess until last November, swears by the equestrian trails that thread the preserve. “You can ride down in the bottomland by the river,” she says. “It’s a beautiful ride in the woods.”

Near the park entrance, children romp at a colorful playground near a duck pond called Bridge Bob Pond. The pond is named for a guy who lived in the time of Mineola’s railroad heyday in the early 1900s. Back then, when wooden trestles and bridges enabled trains to cross the Sabine River bottom, errant sparks tossed from a train’s smokestack could spell disaster. Bridge Bob patrolled the area for “sparkles” tossed out by trains, living in a shanty on what is now nature preserve property while preventing many a fire. 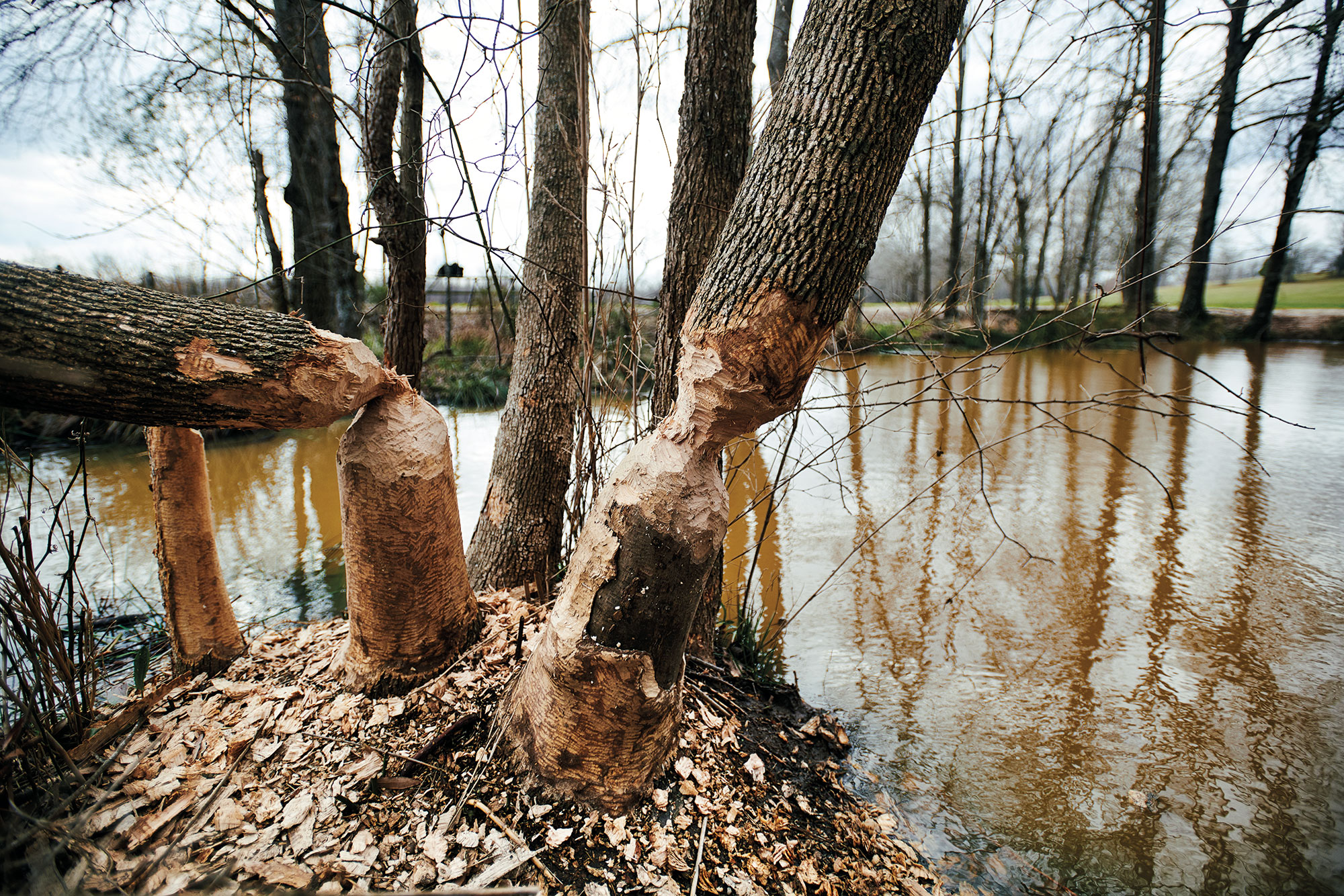 Bridge Bob is long gone, but alligators still make their home in some of the preserve’s catch-and-release ponds. The oversize reptiles also share the nearby Sabine River with paddlers on the Mineola BigFoot Paddling Trail, a tree-shaded 12-mile stretch that has been called one of the most scenic on the river. Water levels and conditions vary widely—from the woody snags protruding from low water in dry times to dangerous currents following heavy rains—so check river conditions before embarking on a float.

The paddling trail’s name alludes to a persistent rumor that these woods are a hotbed of Bigfoot activity. When former Trail Boss (his real title) Buster Green is asked if he ever saw the critter during his eight years supervising the property, he deadpans, “I have pictures of him,” before breaking into a chuckle. Green’s photos are of a fur-clad human, snapped during the filming of Bigfoot Wars, a movie shot in the area. Animal Planet also visited to film Finding Bigfoot, but neither movie nor show seems to have actually encountered the notorious wood ape.

Green may not have seen Sasquatch, but he saw plenty of wildlife during his four years living at the preserve. In fact, seeing wild cats—panthers and bobcats—along with plenty of other animals like feral pigs, coyotes, and deer became his favorite experience when walking in the wild. “I miss it,” he reflects on his years at the preserve. “Matter of fact, I still spend a lot of time in and around it.”

In addition to youth hunting and fishing events, the preserve brings acclaimed musical acts to its amphitheater, where homegrown star Kacey Musgraves played in 2015. And a different sort of stars take center stage when the Astronomical Society of East Texas hosts stargazing nights, enjoying a spectacular celestial blanket above the forests and far from city lights.

“You can walk down the old railroad bed and just imagine the railroad going down the track.”

If Bigfoot rumors and panther sightings don’t scare you off, a hike along the historic railbed provides close encounters with both nature and history. Mineola owes its founding to the railroad—in 1873, two railroads crossed paths atop the area, and a city was born. The railroad influence thunders through the community today: Amtrak still makes stops in Mineola, which is about 25 miles north of Tyler, on its routes to Chicago and Los Angeles.

The nature preserve honors its rail heritage along the Railbed Walking Trail, which runs from the county road bordering the park through the river, making for a flat, mostly shaded hike past antiquated railroad equipment and telegraph poles. Wildlife viewing stands allow for breathers while taking in overhead views of the preserve.

Skinner raves about the nicely equipped campsites and extensive equestrian trails, but she’s especially keen on the park’s greater mission to protect a vast tract of East Texas green space.

“It’s something we need to preserve, not only for wildlife, but for our children to get out and enjoy nature instead of just concrete playgrounds,” she says. “It’s very educational. You can walk down the old railroad bed and just imagine the railroad going down the track while you talk to kids about history and nature.”

Much of Texas is perfectly positioned to experience the next total solar eclipse visible in the United States. It will be five years before the moon’s path in front of the sun next darkens our skies, but Mineola isn’t waiting to plan its family-friendly, three-day festival that weekend. Eclipse Texas 2024 is already scheduled at the Mineola Nature Preserve April 6-8, 2024, with live music, astronomy and science activities, nature walks, and festival fare.