Qualify for Boston at This Marathon in Marathon 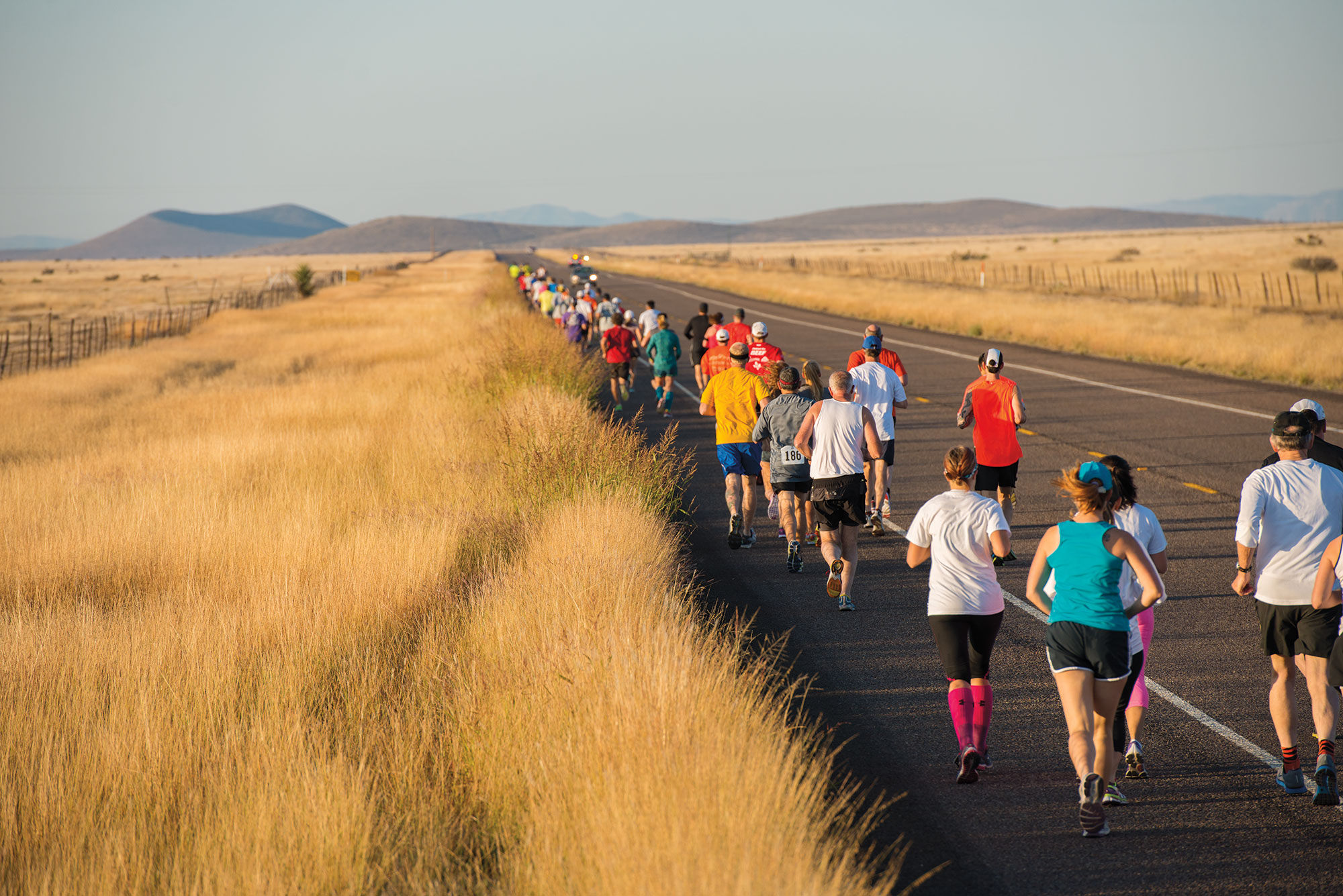 At fun runs across the country, it’s not uncommon to see participants goofily dressed in animal costumes for effect, but at Marathon 2 Marathon, a race occurring each October in West Texas, it’s the spectators who assume the role of the beast. In this case, though, the antelopes, rattlesnakes, javelinas, roadrunners, coyotes, and jackrabbits are real.

Oct. 26
Register for the marathon, half-marathon, 10K, and 5K at marathon2marathon.net

Exotic wildlife, a big sky, and an expanse of high-desert landscape are integral components of M2M, the Boston Marathon-qualifying run held in Marathon, named after the city in Greece that inspired the modern-day race. Last year’s event, the 16th annual, more than tripled the size of the town, considered an entry point for Big Bend National Park. The community of around 420 souls welcomed nearly 540 registrants, along with family and friends. Part Trans-Pecos Mardi Gras, part fundraiser and community-builder, M2M steers runners through the beautiful, windswept prairie along US 385 and into downtown Marathon.

“It is the biggest event that Marathon has, and everyone is touched in some way by M2M,” says Marci Roberts, the race director and a Marathon resident. “Since 2011, the race has given $60,000 to local organizations, including the school, the volunteer fire department, the library, and the clinic. That may not sound like much for a big city, but for us it is huge.”