Go on Safari to see the Wild Animals of Texas

Pronghorns and Turtles and Bears, Oh My

A number of years ago I worked as a park ranger at several places in the Hill Country. My favorite duty was the night count, driving dirt roads and spotlighting active mammals in order to get an idea of their average numbers per acre. In the darkness, the landscape and the animals looked alien, disguised in shadowy natural camouflage except for eyes flashing and blinking in the spotlight, transforming the task for me into a safari in a not-so-foreign land.

At one point during my tenure, I went on a real safari. By then, I had developed a pretty good eye for spotting Texas wildlife and my newly acquired skills translated surprisingly well to the East African landscape. Crossing the grasslands searching for lions, hyenas, and lilac-breasted rollers seemed a lot like looking for mountain lions, coyotes, and painted buntings back home. The Texas terrain was just as beautiful and mysterious as the Serengeti; only the animals had changed.

The state offers many places to view wildlife, including state and national parks, state wildlife management areas, national wildlife refuges, and Nature Conservancy lands. Since my ranger days, I’ve endeavored to visit every one and see all the native species they protect. Here are some of my safari stars and the best places to witness them. 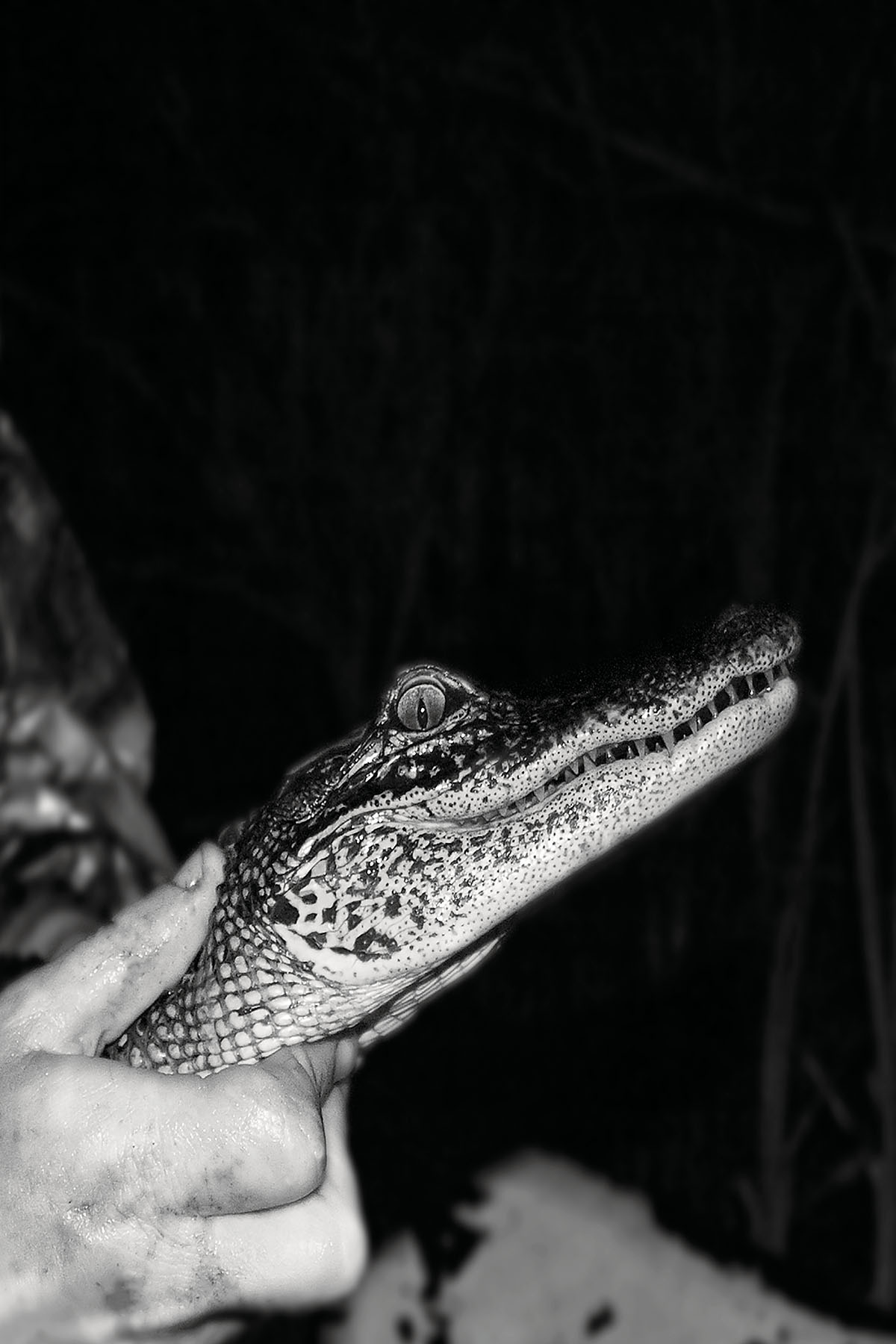 Travel the alligator-filled bayous of East Texas today and you’d never suspect that more than 60 years ago the alligator was nearing extinction. Now alligators thrive, thanks to federal and state intervention. This cold-blooded reptile, relatively unchanged over several hundred million years of evolution, has managed to survive all manner of threats, including overhunting.

“Alligators have had an amazing ability to adapt,” says Mark Merchant, a biochemistry professor and alligator researcher. Merchant has spent the last 20 years studying alligators, including the population inhabiting the bayous near Beaumont. Merchant catches alligators by hand and a snare pole and wrestles them onto a flat-bottomed airboat to collect blood samples for immunological studies before releasing them.

Brazos Bend State Park southwest of Houston provides the chance to view alligators from a much safer distance. Hiking trails circumnavigate bayous, sloughs, and small lakes, and feature observation towers for unobstructed panoramas of the park’s healthy alligator population. Alligators here lounge on logs, float in duckweed, and sun themselves on muddy shores.

Black bears could be found throughout the mountain ranges of West Texas up until the start of the 20th century, but hunting, trapping, and habitat loss reduced their numbers significantly and drove them back into the mountainous regions of northern Mexico. In the last few decades, though, they’ve made a reappearance in Big Bend National Park due to their protected status and an improved habitat. It’s a remarkable development that has surprised biologists.

“The return of the black bear is one of the park’s greatest success stories,” says Tom VandenBerg, Big Bend’s chief of interpretation. “The fact that bears have descended from high mountains in Mexico, traversed the desert, crossed the Rio Grande, and then made their way to Big Bend speaks volumes about the park’s healthy habitat.”

Hikers occasionally spot black bears on trails like Pine Canyon and Lost Mine. If you see one, proceed with caution. Bear cub sightings start in the spring, and it can be a thrill to witness the rough-and-tumble play of the juveniles. Again, beware: The mother bear will also be close at hand, accompanied at times by other older female bears who won’t be afraid to scare you by grunting and rising up on hind legs to smell the air.

“If you see a bear, keep a safe distance,” VandenBerg warns. “Don’t approach the bear, and be prepared to scare it away by waving your arms, shouting, and throwing sticks if it begins walking in your direction.” 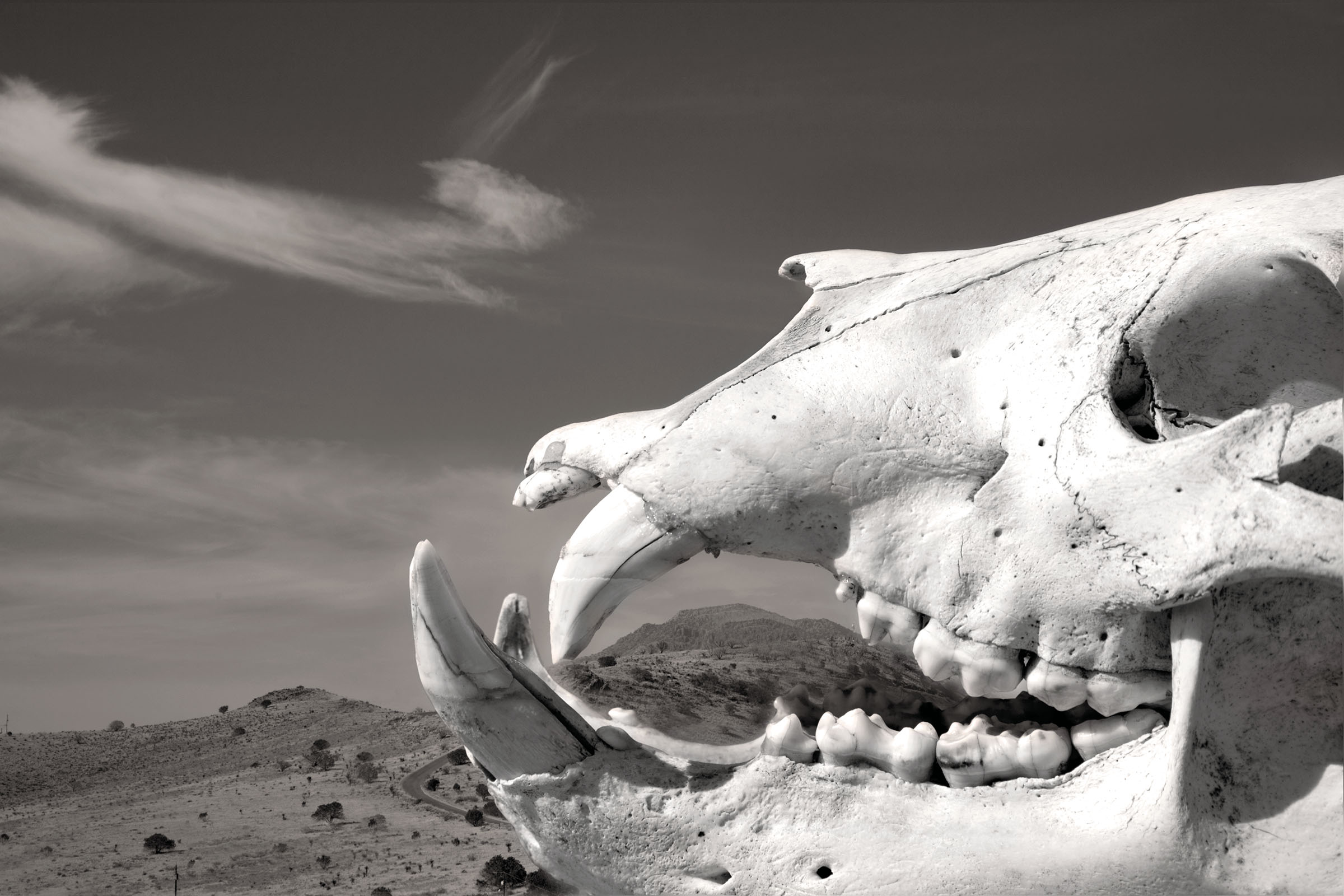 Take a trip to the beach to see the green sea turtle. The turtles are easy to locate, frequently swimming around coastal jetties. Try Mustang Island State Park, where the granite jetties are a favorite for turtles who like to munch the algae growing on the massive submerged blocks. Most of the turtles you’ll see were born on beaches in Mexico and show up in Texas waters when they’re a few years old. Jetties are some of the first places they’re seen when they arrive.

“The green sea turtle was abundant during the 1800s, but by the 1890s their numbers were decimated from overharvest and severe freezes,” says Donna Shaver, chief of Sea Turtle Science and Recovery at Padre Island National Seashore. “The good news is they’re finally repopulating Texas waters.”

The green turtle is just one of five sea turtle species that regularly visit the state’s coastline. The loggerhead, the leatherback, the hawksbill, and Kemp’s ridley also make the trip. The endangered Kemp’s ridley, the world’s smallest sea turtle, nests almost exclusively along the Gulf coasts of Texas and Mexico, where the Padre Island National Seashore’s turtle research program closely monitors them. Each year, the national seashore and its conservation partners sponsor opportunities for the public to witness turtles hatch in coastal waters. 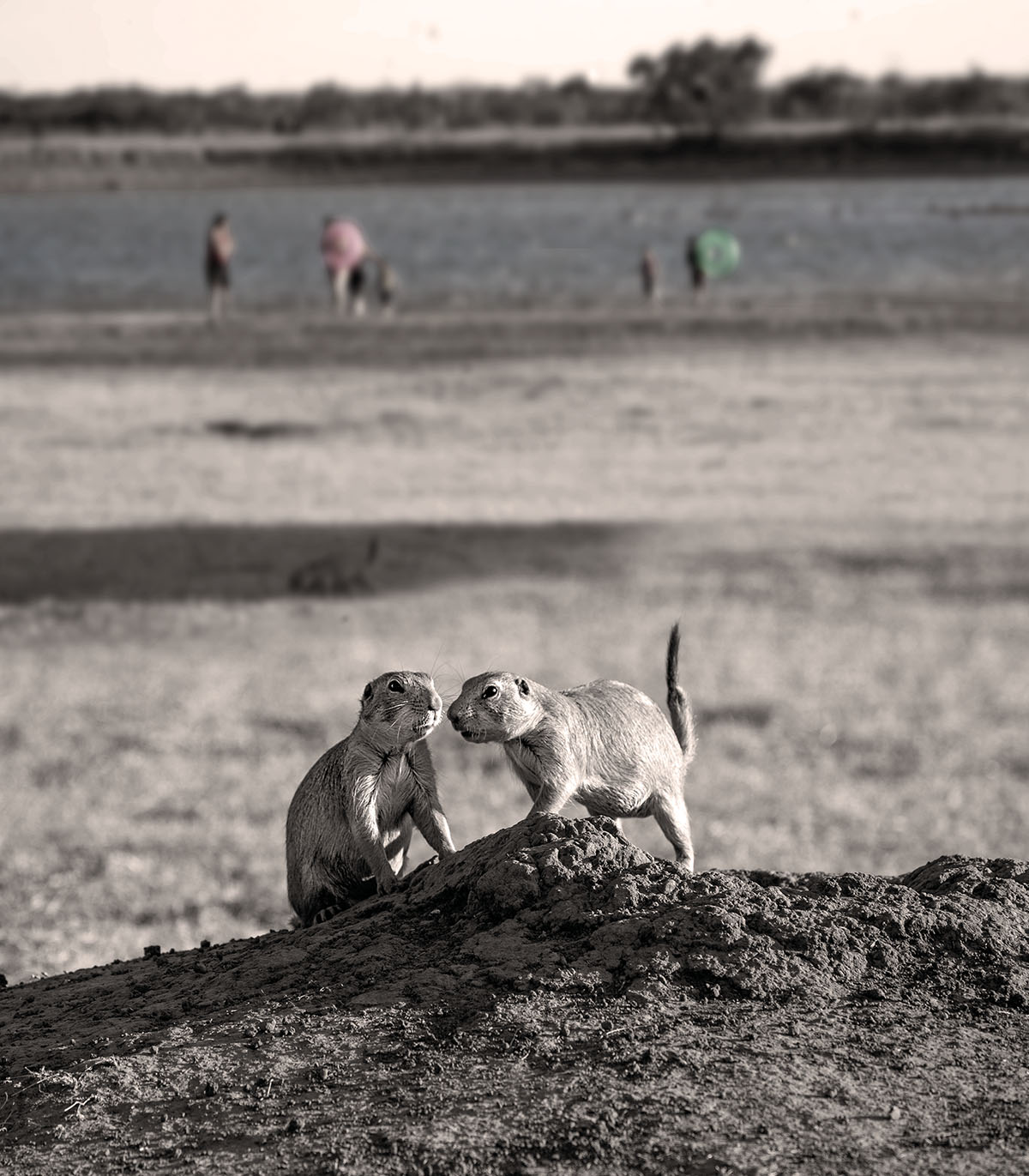 The black-tailed prairie dog is perhaps our most entertaining safari star. Prairie dog populations once spread across most of West Texas, including a 25,000-square-mile town with over 400 million prairie dogs. Farms and ranches infringed on the animal’s population and considerably reduced its numbers over the past 100 years, but a better understanding of its role in a healthy rangeland has helped to bring it back.

“Wildlife managers use reintroduction as a management tool to help prairie dogs establish new prairie dog colonies in areas where they historically existed,” says Barbara Sugarman, graduate research assistant for the Borderlands Research Institute at Sul Ross State University. “Reintroductions take surplus animals from a healthy prairie dog colony and move them to a new area with a suitable habitat.”

The Panhandle’s Caprock Canyons State Park & Trailway is among many locations across the state where prairie dog towns have been reintroduced. At Caprock, a sizable town of around 100 prairie dogs lies just beyond the Honey Flat campground. There, the prairie dogs’ activities are in full view. These social animals bark, groom, and forage all day. During spring and summer, juveniles engage in countless goofy antics.

The pronghorn antelope, capable of reaching speeds in excess of 50 mph, is considered the fastest land animal on the continent. Once mistaken for a member of the goat family (the pronghorn is neither goat nor antelope), it is the only remaining species of the New World family Antilocapridae, a group of around a dozen similar species that once inhabited North America.

This graceful creature used to share the Great Plains with bison in equally historic numbers, reaching many millions, but populations dwindled to just over 10,000 by the 1900s. Around 2011, our state population numbered less than 3,000 pronghorn. Wildlife agencies including Texas Parks and Wildlife and the Borderlands Research Institute stepped up to save our pronghorn and, despite considerable obstacles, have managed to increase the population.

“Some years have been more successful than others for our restoration efforts,” says Thomas Janke, research associate with the Borderlands Research Institute. “Our greatest success has been collaborating with landowners and modifying fences to be more pronghorn friendly.”

West Texas is the likely place to see pronghorn, particularly along a stretch of US Highway 90 from the Mystery Lights Viewing Center between Alpine and Marfa to the art installation Prada Marfa just east of Valentine. Both the viewing center and art installation provide parking where you can safely stop and use your binoculars to scan the grasslands. Despite pronghorns’ speed, the animals will often remain motionless. Keep in mind, wildlife is unpredictable. Patience is key.