9 Unusual Ice Cream Flavors to Try in Texas This Summer 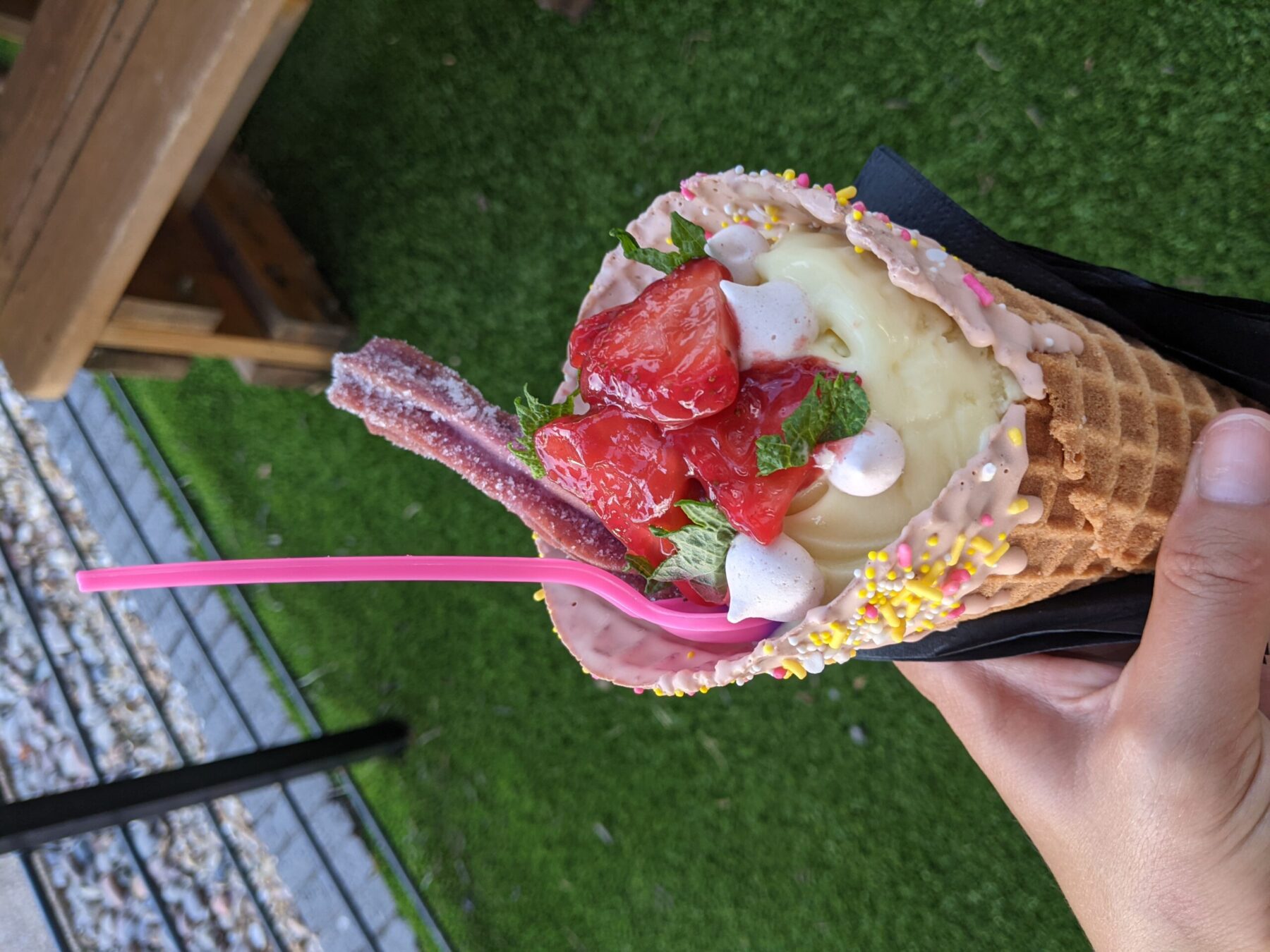 Following in those avant garde footsteps, many Texas scoop shops today experiment with new and interesting flavor combinations, taking customers on a journey via cone or cup.

Popular Austin hotpot spot DipDipDip Tatsu-Ya offers ice cream from a take-away window next to the restaurant. Current flavors include Shroom of Doom (milk chocolate and shiitake ice cream topped with a sweet sherry vinegar sauce, fried parsnips, and hazelnuts) and Sum Yum Yuzu (black pepper and yuzu mascarpone ice cream). The Shroom of Doom tastes like earthy salted caramel, while the Sum Yum Yuzu is light, cakey, and yogurt-like with a spicy aftertaste. “We are constantly R&D-ing new things,” assistant general manager Matthew Westerlund says. “I think that the Austin area is probably the best place to try anything new.”

Known for its farm-picked flavors, Lick debuted roasted beets and fresh mint as one of its original flavors back in 2011, and the flavor has stuck around ever since. “What we look for in developing a flavor is: What can we get locally? What’s in season? And marrying that with the flavors of my childhood growing up in Texas,” co-founder Anthony Sobotik says. The vibrant pink color has tricked more than one kid into eating a vegetable-based dessert. “Let the kids try the beet!” Sobotik says.

Social media-savvy patrons have been flocking to this Japanese-imported ice cream joint for the matcha soft serve topped with edible gold leaf. Matcha Cafe Maiko also launched two new ice cream flavors over the summer: ube (purple yam) and yuzu (citrus). The gold leaf topping, aside from looking shiny in photos, does not add to the flavor of the dessert, but might be worth trying for the ’Gram. 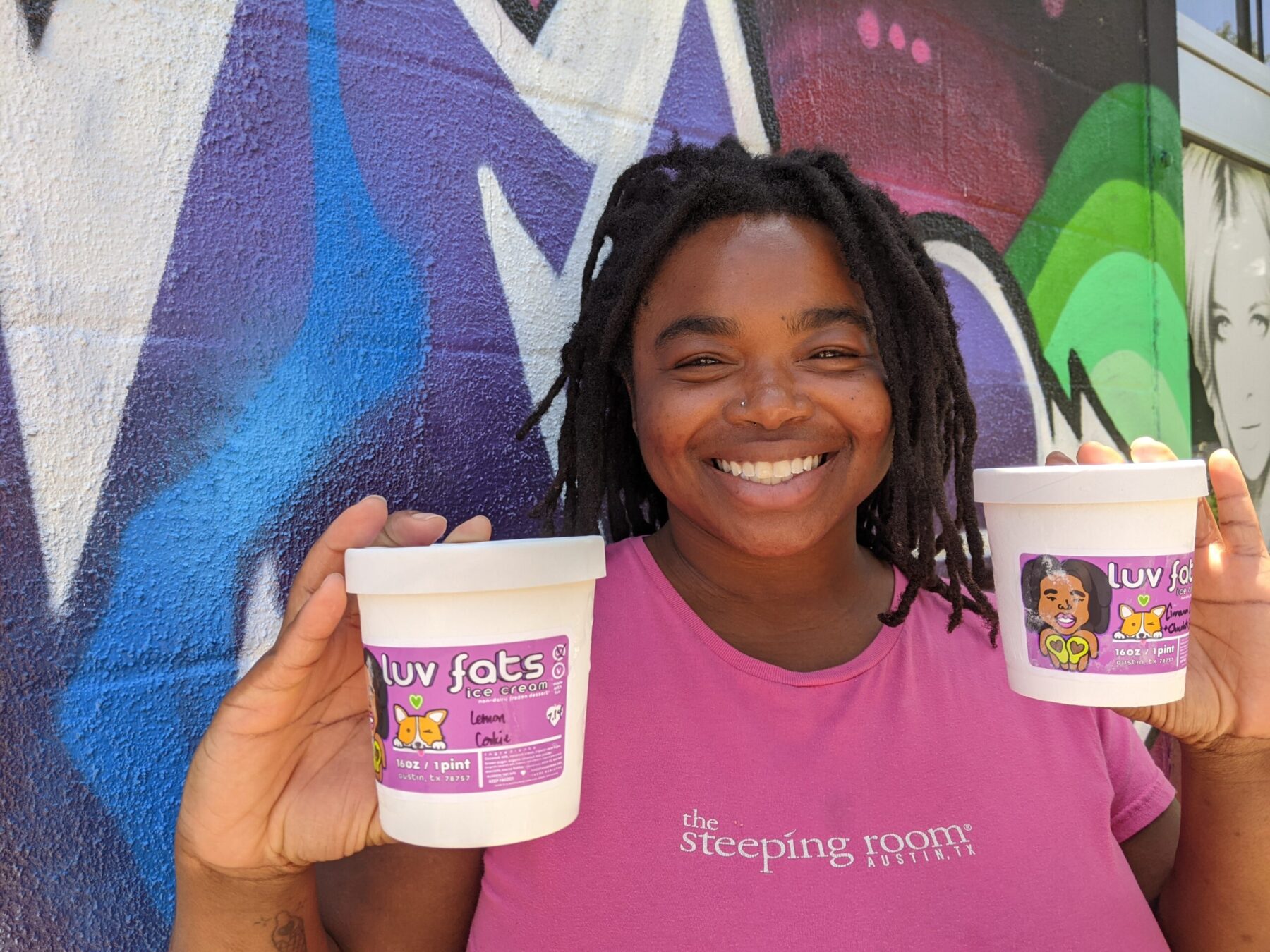 Chi Ndika’s vegan ice creams—made with coconut milk and avocado instead of cream—were born out of a desire to give her mother, who has a dairy allergy, some ice cream to go along with her birthday cake three years ago. Since then, Ndika’s been experimenting with flavors and selling them at Austin-area farmers markets and specialty grocery stores. Her soy sauce flavor, which is an occasional offering, tastes like salty butterscotch. The soft scoopability—thanks to the silkiness of the avocados—makes the ice cream almost feel like custard. 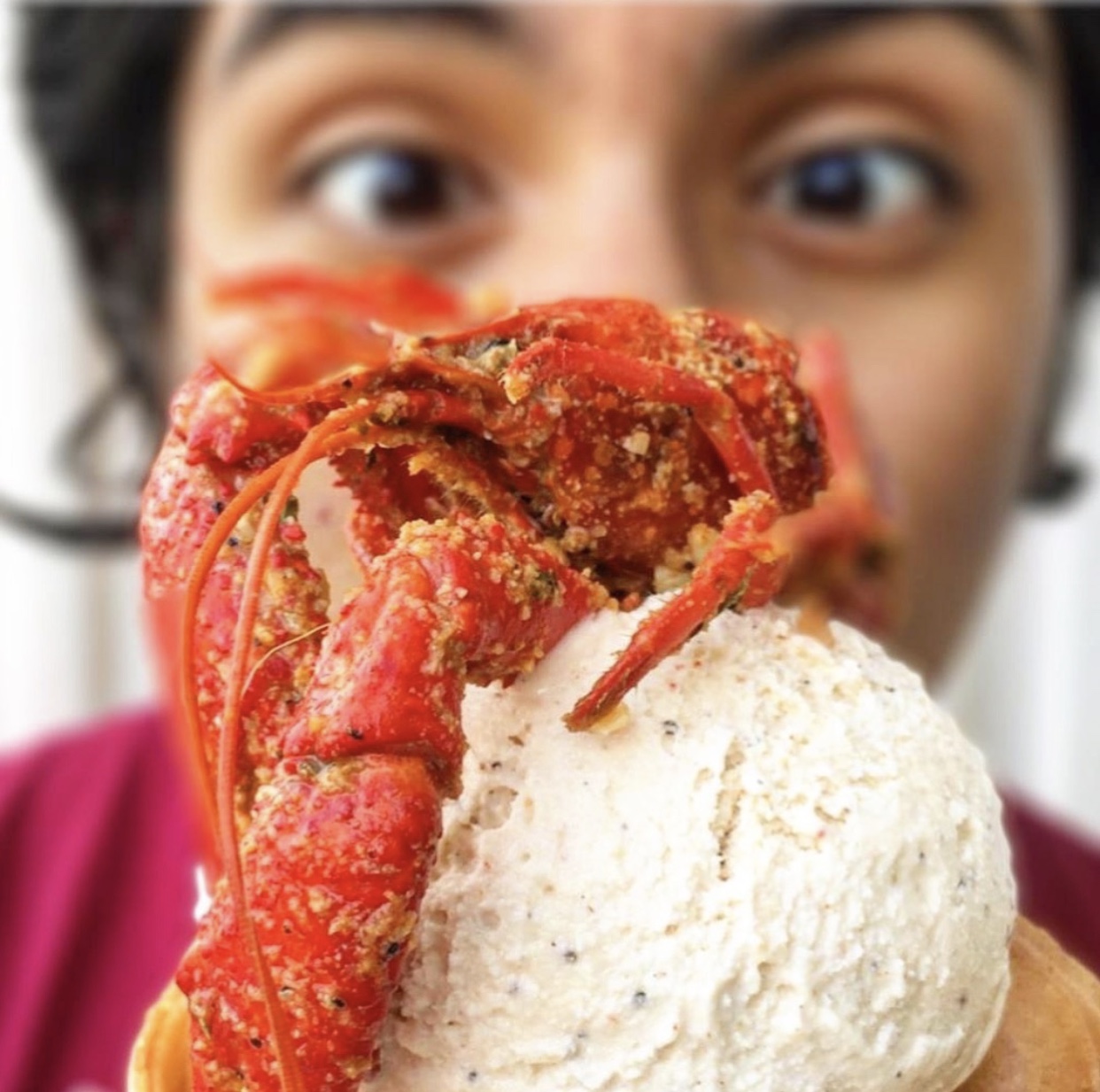 Amy’s is no stranger to unusual ice cream flavors, from hatch chili peach to Harry Potter-inspired butterbeer. In 2019, the ice cream company celebrated the 50th anniversary of the moon landing by combining its sweet cream base with the instant powdered drink mix Tang, an astronaut favorite. It resulted in a Dreamsicle-type flavor you can still find occasionally on the specialty menu.

Denise Eason is a one-woman ice cream operation appearing at farmers markets in McAllen and throughout the Rio Grande Valley. She and her late husband started the business in 2016, creating flavors culled from their childhood memories and travels. Milkshake and fries mimics the sweet and salty experience of dipping a french fry into a chocolate milkshake.

“Crawfish Ice Cream Was Unfortunately Not an April Fool’s Joke,” read an Eater Houston headline in 2019. But Red Circle co-founder Nickey Ngo didn’t waver in her dedication to enticing local taste buds with her creations. She brought her buzzy crawfish flavor back into rotation among her ice cream shop’s 100 flavors (including another favorite, Hot Cheetos) a few times since then. The ice cream includes real crawfish, Cajun spices, butter, and garlic. It tastes just the way it sounds: like boiled crawfish with a sweet ice cream base.