With Instagram-worthy art, the museum offers visitors a fun way to learn about prominent Black women throughout history 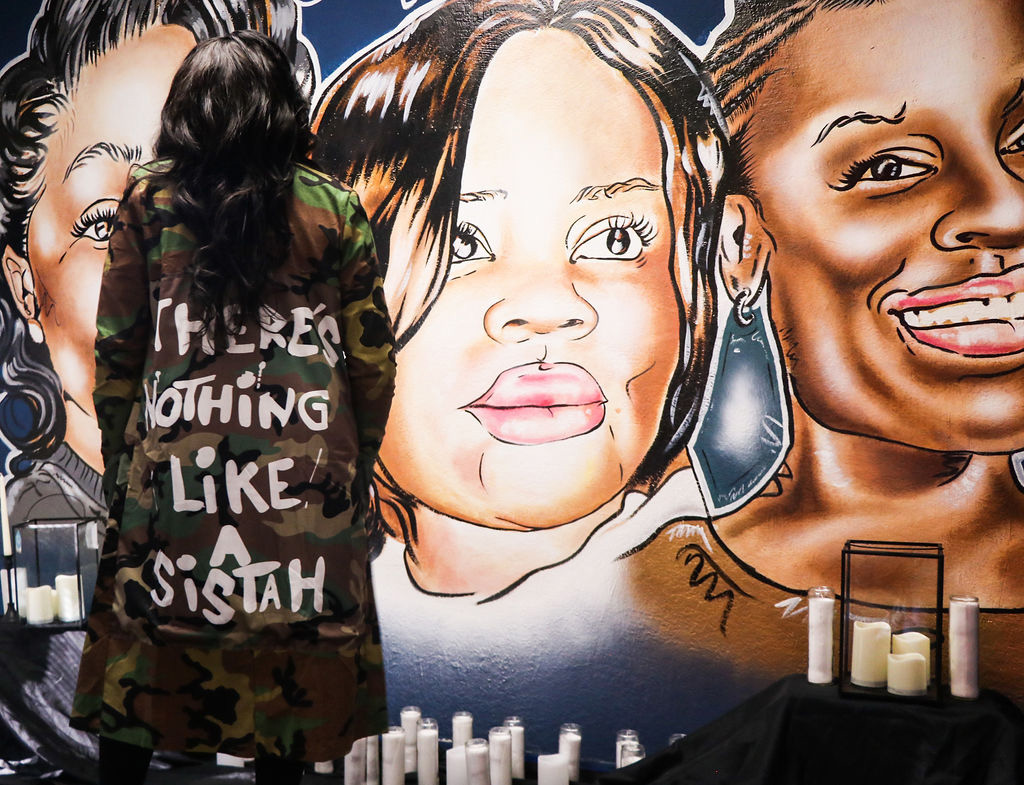 Tucked away in a Mesquite shopping plaza just off Interstate 635 is a pop-up museum filled with the wonder of Black girl magic. Murals featuring powerful images of important figures, including Vice President-elect Kamala Harris and Kentucky police-shooting victim Breonna Taylor, have transformed the walls into educational tableaux, while thrones and life-size Barbie doll boxes invite visitors to snap and share photos on Instagram.

Dominque Hamilton founded Black Girl Magic Museum as a place for people to learn about the Black female community in a way that was uplifting and enjoyable. Instead of reading a long wall of plaques, museum visitors—after having their temperatures checked and sanitizing their hands—take a self-guided journey through a variety of 10 interactive rooms, each of which offers different stories and backdrops.

“Being able to give that education that is lacking is so important,” Hamilton says. “Definitely come and take beautiful pictures, but let’s learn at the same time.”

Originally from Biloxi, Mississippi, Hamilton lives in Dallas and has a background in nonprofit work, often in tandem with politics, ranging from a voter registration campaign to the Dallas mentoring program Queens Building Queens. Over the years, she has collaborated with artists and vendors on projects, so it seemed like a natural progression to pair her championing of Black women with artwork at a museum, which also has a museum shop. Because she self-funded the museum with the help of family, Hamilton says she chose Mesquite for the location of her first pop-up in part because of the affordability of the Dallas suburb.

One of the first exhibits displays how Black women like Katherine Johnson, a NASA mathematician whose work helped put humans in space, have impacted STEM fields. At the end of the hall, a mural painted by Joshua Bridgewater introduces visitors to Harris and five other women: trailblazing U.S. Rep. Shirley Chisholm, Black Lives Matter co-founder Alicia Garza, and activists Ruby Bridges, Tamika Mallory, and Angela Davis. Throughout the rest of the museum are even more names and faces for visitors to discover.

For Dallas attorney Thelma Anderson, seeing the names and faces of women she recognizes while giving those unfamiliar with them an opportunity to learn more about them fills her with delight.

“We have to go and find our history, so to be in a space that actually displays our history and the individuals who have impacted areas of this country, whether political, financial, you name it, it’s very important for that to be identified, so that people can educate themselves on the history of Black women,” she says, while perusing the exhibits as part of a friend’s birthday celebration.

In addition to learning the stories of Black women, the exhibits encourage visitors to explore their own stories. The “Overcomer” room features an exhibit dedicated to mental health and offers patrons space to reflect on their own mental health journeys. The “I Am Not My Hair” room, complete with hair catalogs and mannequins, shows visitors that all hair types are meant to be celebrated.

For those who have ever sacrificed the power of their names, be it by not speaking up when it’s mispronounced or being nicknamed to make others feel more comfortable, the “Say My Name” room asks visitors to reclaim the power over their names by writing their name or a quote someone said about their name on the wall in chalk. If the wall becomes full, Hamilton encourages visitors to make space for themselves instead of walking away.

“[Ruth Bader Ginsburg] said it plainly: Wherever there’s a discussion, women need to be in the room,” Hamilton says. “We want to teach young girls and women that, ‘Let’s make space for us. No matter what, let’s create that space.’”

Up to 25 visitors are allowed in the museum at a time, and only one party is allowed per room as part of safety protocol. Visitors can remove their masks briefly for a photo, but they must be always be worn otherwise. There are hand-sanitizer stations in each room, which comes in handy if a group needs a staff member to snap a picture.

Black Girl Magic Museum, which is currently taking donations, will soon expand to other cities, starting with Shreveport in February. The pop-up will then spread more Black girl magic to Houston in March and Atlanta come Juneteenth.

“I wanted to create a space for young girls especially to come to and see Black women doing great things and not just being killed,” Hamilton says. “With me working in nonprofit, a lot of the Black girls didn’t feel worthy, and I want to show them that they are.”