To understand the potential for the small town’s future, we must look to its past as an agricultural and shipping hub 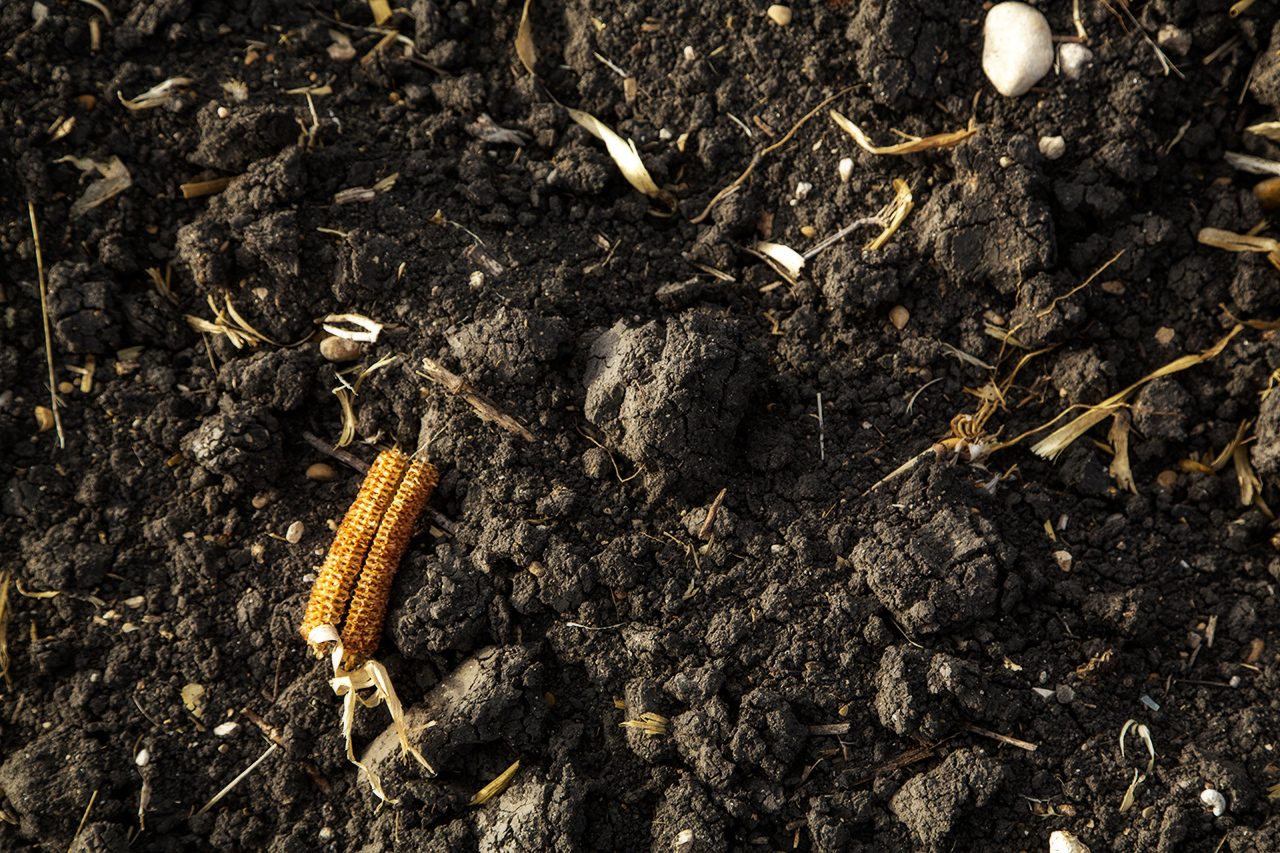 The Houston Black soil that underlies Bartlett is the official state soil of Texas.

The hourlong drive from my house in Austin to the quiet town of Bartlett is not so much a drive as it is an unwinding, an unpacking, a leaving behind of the detritus that accumulates in the city. I get behind the wheel and creep through traffic on Interstate 35, headed north. Once I pass Georgetown, traffic finally begins to thin and I feel less constricted, and when I reach the Holy Trinity Catholic Church in Corn Hill, about 10 miles further north, I really begin to feel like an unsaddled horse. After that it’s just the last few miles east to Bartlett through the countryside of my youth: the corn fields and cotton fields and quiet spaces and barking dogs and far-away moos that characterize small-town Texas. Another world. To see Bartlett, this place that I’ve watched falling down in slow motion over the last 50 years, on the cusp of a transformation—that’s quite special.

In order to understand where Bartlett is going over the next few years—as Robert Zalkin embarks on his plans to revitalize the Central Texas town—it’s important to understand where it came from. I have one word for you, folks: soil. I’m talking about the rich Houston Black soil (the official state soil of Texas, by the way) upon which Bartlett is situated. This extremely fertile soil was the fuel for the cotton and corn farming that sustained Bartlett’s existence for decades.

Houston Black is a vertisol, a kind of soil packed with clay, which swells during wetting cycles and shrinks during drying cycles, causing the soil to crack when dry. All I know is this is the kind of clay that’ll stick to your boots a foot thick when you’re trying to fetch a sick calf on the other side of a pasture. None of this seems to have bothered the first settlers: J. E. Pietzsch (pronounced “peach”), who arrived in 1873, and Captain John T. Bartlett, who purchased land next to Pietzsch’s land in 1877. 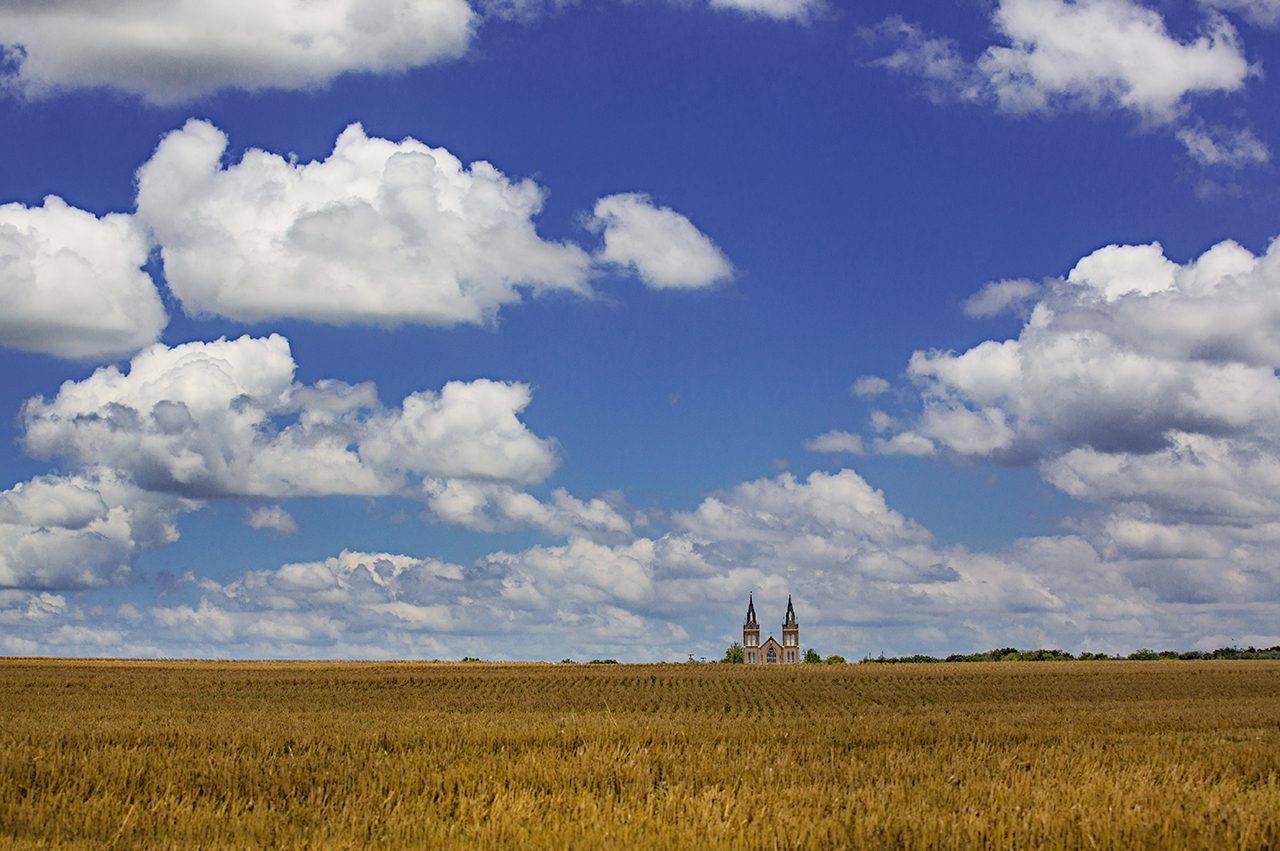 The Holy Trinity Catholic Church in Corn Hill has watched over farm fields since it was built in 1914.

Bartlett was founded when the Missouri-Kansas-Texas Railroad came through the area in 1881. In the fall of that year, a sale of lots was held and a small community took hold along the tracks. There was a lot of chatter as to where the town would be located and on whose land. On August 2, 1881, Captain Bartlett donated the legal right of passage across his land to the railway company and Pietzsch did the same with his land. The two men held a barbecue for the railroad workers and an agreement was reached: The town would be named for Bartlett and all the streets would be named for Pietzsch and his family. The first train arrived the next year, at which time two stores served the nascent town.

An auspicious day came in October 1882, when the Bartlett post office opened. By 1884, Bartlett had 300 inhabitants and a gin, hotel, grocer, meat market, school, and four churches. The town became known for shipping wool and cotton. When Bartlett incorporated in 1890, it had a bank, a Masonic lodge, three grocery stores, two drugstores, a waterworks, and two weekly newspapers (the Democrat and the Tribune). Downtown Bartlett is neatly bisected by the Bell and Williamson county line, a fact that has had sometimes comical and sometimes contentious political implications over the years. Some downtown stores straddle both counties.

Bartlett grew steadily. From about 1903 to 1909, the town was referred to as the “Cotton Capital” of the state because, it was claimed, more cotton was shipped from Bartlett than from any other town in the state having only one railroad. One year, Bartlett carried away the honor of shipping out more cotton than any city or town on the MKT Railroad. As I said, fertile soil.

By 1914, the town was a thriving community and reached its peak population of 2,200. At this point, Bartlett had three banks, three cotton gins, electric lighting—all the trappings of a bustling agrarian Czech-German Texas community. This was helped along by the Bartlett-Florence Railway Company, a railroad that ran strictly the 22 miles between Bartlett and Florence, which investors chartered in 1909. For a time, the railroad prospered, as did Bartlett. 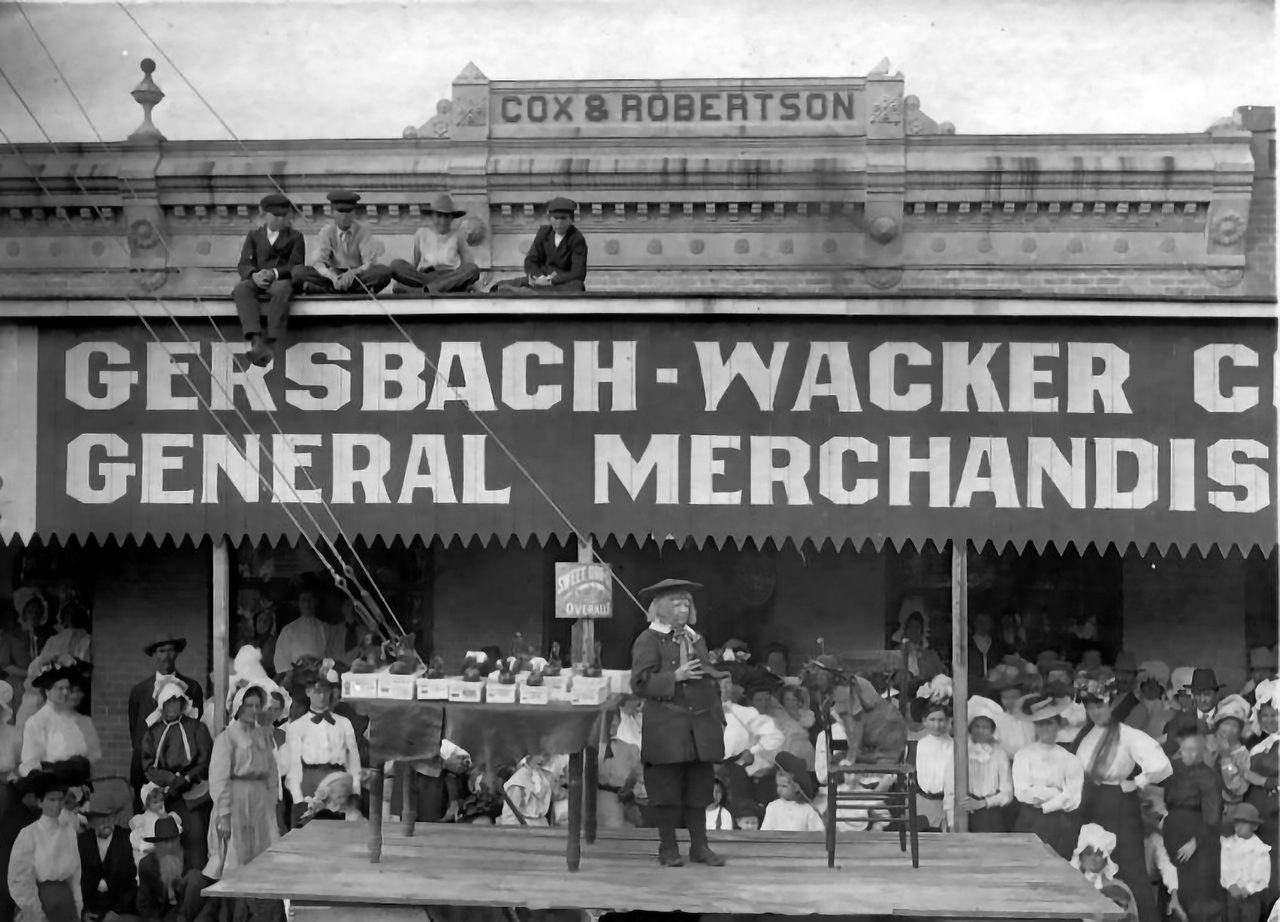 But the decline of commodity prices devastated Bartlett, just as it did so many small Texas towns in the 1920s and ’30s. Thus, the plight of Bartlett can be seen as emblematic of the plight of small-town Texas. Bartlett’s population began to shrink, declining every 10 years from 1940 to 1990, by which point only 1,439 folks called Bartlett home. The town has grown slightly since then, to 1,675 in 2010, but mostly it has stood frozen in time.

Oh, there were a few state football championships (in 1990, ’92, and ’99). But other than that, Bartlett has slumbered on, heat rising off the red brick streets on languid summer afternoons, shadows falling on back-alley doors on cold winter mornings. Bartlett didn’t much know what was going on in the outside world and it maybe didn’t much care. And now this: an entrepreneur, Robert Zalkin, who has bought many of the old downtown buildings with the intent of reimagining the town.

Despite the fates of many other small Texas towns left in stasis, I wonder if Bartlett might be able to turn the corner and prosper once again. Is it possible, especially in this age of COVID-19, when so many folks are rethinking life in the big city and proving daily that they can work from home, that Zalkin and Bartlett will succeed? The writer F. Scott Fitzgerald once wrote, “There are no second acts in American lives.” We’ll see about that.

This is the second installment of Reimagining Bartlett, chronicling the transformation of a small central Texas town. Read the rest of the series here.