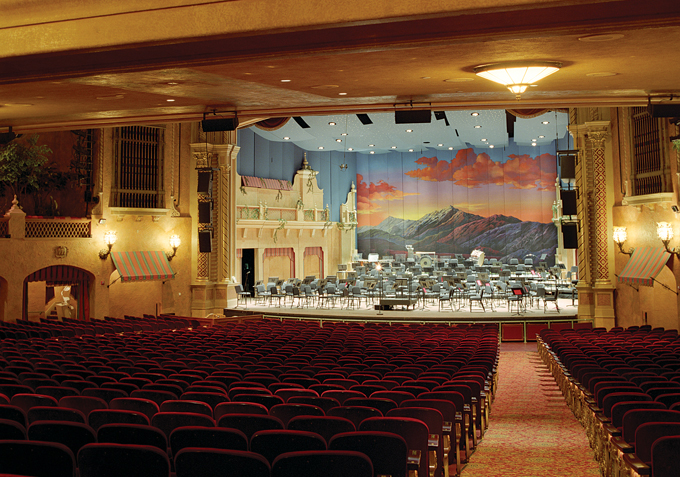 The Plaza Theatre built in 1930. Photo by Jeanne Hilary

Why is El Paso one of my favorite Texas cities? Can I put my finger on it? Mis amigos, I can almost wrap my hands around it, just like a big deshebrada (shredded beef) burrito at Rafa’s. The bright sun. The desert climate. The Spanglish, Mex-Tex, Chihuahuan culture.

Hey, I’m just warming up. No matter how many times I visit, El Paso del Norte (“The Pass of the North”), as the area was originally named by 16th-Century Spanish explorers, never disappoints. For starters, the El Paso International Airport (what a welcoming panoramic vista!) and its majestic statue (The Equestrian) of Don Juan de Oñate, “The Last Conquistador,” shapes many visitors’ first impressions of the city. And impress they surely do.

Downtown, the handsome 1930 Plaza Theatre, on Pioneer Plaza, hosts first-rate entertainment, from symphony concerts to touring Broadway shows. The El Paso Museum of Art enthralls with a wonderfully eclectic mix encompassing 12th- to 18th-Century European art; a 17th- to 19th-Century Spanish Viceroyal Collection; several thousand works by a vast array of masters (Goya, Picasso, Rivera, Degas, Rembrandt); contemporary Southwestern art; and an American collection with Remington, Russell, and Stuart. The late masters Tom Lea and Luis Jimenez, both with strong El Paso ties, left artistic legacies that validate the community’s longstanding tradition in the visual arts. Some of their works are among the museum’s most iconic.

I’m a big fan ofUTEP Miner athletics, the late coach Don Haskins (read/ see Glory Road), and the Sun Bowl, home of UTEP football and one of the oldest annual postseason collegiate bowl games, held on the last day of the year.

And there’s plenty more. On these pages, noted photographer Jeanne Hilary shares her visual quest of El Paso del Norte. Experience the city for yourself. And please, go have a plate of green chile-chicken enchiladas at L&J Cafe for me.