Explore American Soccer, from its Foundations to its Greatest Stars, at the National Soccer Hall of Fame in Frisco 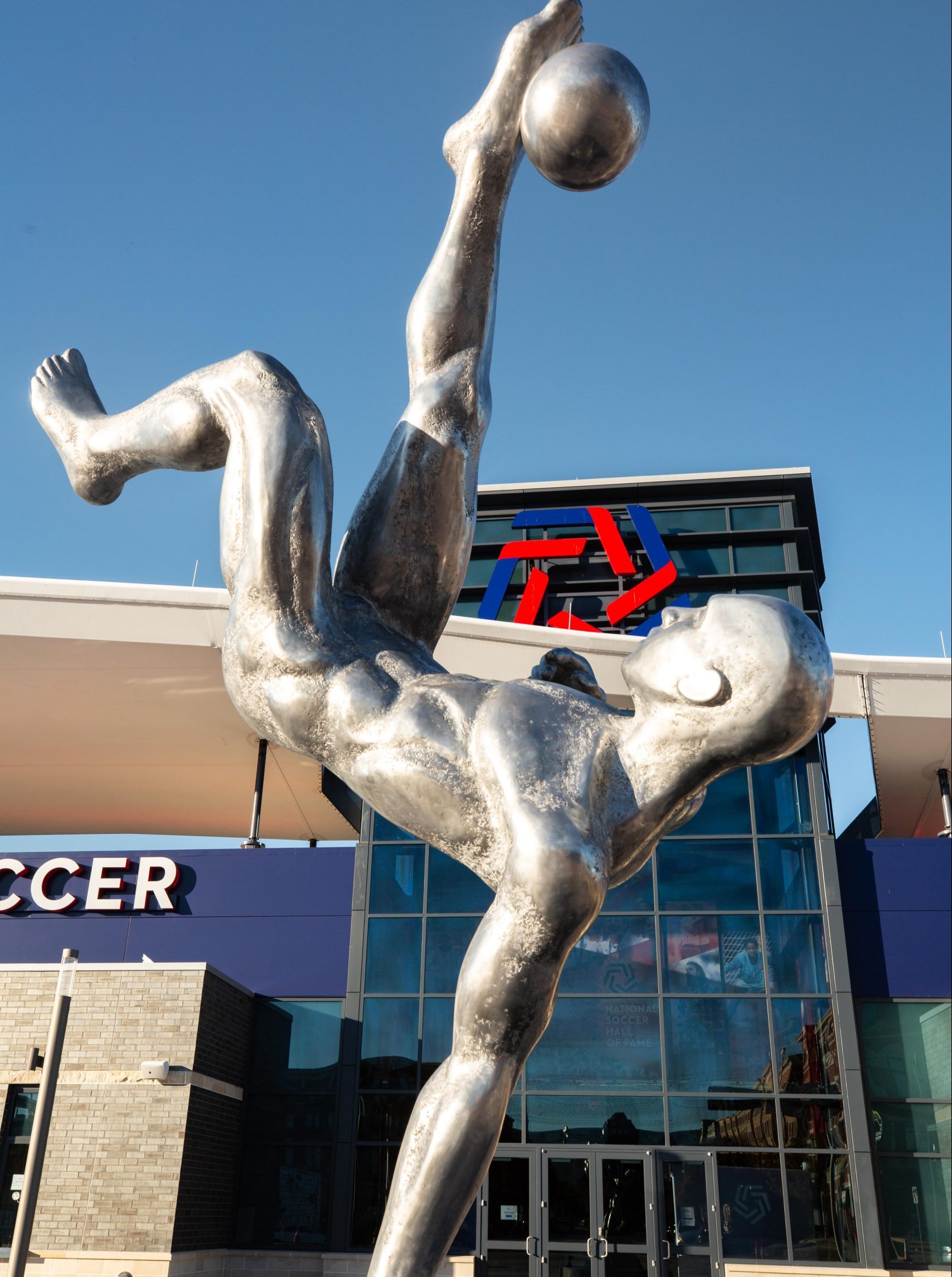 ‘The Kick’ by sculptor Jacob Burmood welcomes visitors to the National Soccer Hall of fame at Toyota Stadium in Dallas. Courtesy NSHOF

As the U.S. Men’s National Team kicks off its World Cup run in Qatar this week, soccer fans don’t have to travel across globe to explore the foundations of American soccer and the homegrown players who have taken the American game to the world’s biggest stages.

Just north of Dallas in the city of Frisco, the National Soccer Hall of Fame chronicles the pivotal players and moments in the development of soccer in the United States. With both historical artifacts and digital exhibits, the hall covers everything from 1860s pickup games on Boston Common to a display of the four World Cup trophies won by the U.S. Women’s National Team, most recently in 2019.

The hall—which is built into Toyota Stadium, FC Dallas’ home field—also gives visitors a chance to interact with exhibits by using facial-recognition technology. In the lobby, guests can have their photo taken and answer questions about their level of interest in soccer, their favorite team, and their favorite position. Using that information, the exhibits cater to the visitor’s profile by displaying relevant players and information. 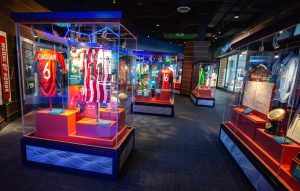 The National Hall of Fame’s exhibits include jerseys from prominent players and teams in U.S. soccer history. Courtesy NSHOF

“We don’t use the word ‘museum,’” says Djorn Buchholz, the hall’s executive director “We replace it with the word ‘experience.’ We’ve got over 400 artifacts that tell the history of the game in this country, but we’re incredibly digital as well, including customizing the experience for people by using facial recognition. We call ourselves ‘the most personalized experience in sports’ because no two people have the same experience inside of the Hall of Fame.”

A colorful wall of scarves—soccer fans’ favored accessories—from clubs across the country and the world greets visitors to the hall. Once inside, fans can challenge themselves with a touchscreen exhibit to build the highest-rated team possible by selecting a starting 11 from present and past U.S. national team players. Visitors also have the chance to don virtual reality headsets to try to match critical saves made by great U.S. goalkeepers, including Briana Scurry.

Keepsake jerseys adorn the exhibits throughout the timeline of American soccer and the growth of the sport at the professional and international level. Among the highlights include Pele’s New York Cosmos uniform from the 1970s; Tracy Leone’s Women’s World Cup jersey from 1991; and a 2010s Seattle Sounders jersey from Clint Dempsey—Nacogdoches native and 2022 inductee in the National Soccer Hall of Fame. 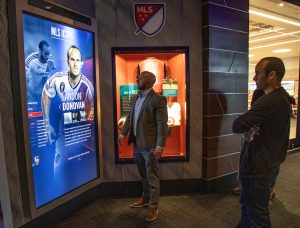 One particularly striking exhibit is a large U.S. digital wall map showing all of the professional clubs across the country. In Texas alone, the shields include FC Dallas, Austin FC, and Houston Dynamo of Major League Soccer; Houston Dash of the National Women’s Soccer League; North Texas FC and Houston Dynamo 2 of MLS Next; and San Antonio FC, Rio Grande Valley FC Toros, and El Paso Locomotive FC of the United Soccer League.

In addition to the exhibits, The National Soccer Hall of Fame also recognizes the most influential players and proponents of American soccer annually with its induction of six new members into the hall—the country’s highest honor in the sport. The next induction ceremony is set for May 6.

The Soccer Hall of Fame originally opened in Oneonta, New York, in 1999 but closed its doors in 2010 due to financial difficulties. The historical artifacts then sat in storage for years until the Hunt family, which owns FC Dallas, made a convincing case to US Soccer that Toyota Stadium would be the best place to resurrect the hall. Their work led to the hall’s reopening in 2018.

“We wanted to bring it back to life to honor those who have given so much to the game,” says Dan Hunt, president of FC Dallas. “There were other markets that wanted to do it, but we presented a viable plan of building it into an active stadium and soccer complex.”

Buchholz says the digital underpinnings of the Soccer Hall of Fame allow it to update its displays on the fly, for instance by updating player statistics in the interactive exhibits. As we gather around our televisions to cheer on the national team in Qatar, we can only hope the team—which includes McKinney product and FC Dallas striker Jesus Ferreira, and Little Elm native and Juventus midfielder Weston McKennie—produces moments worthy of inclusion in the National Soccer Hall of Fame.