From the fanciful to the bold, these large sculptures are worth adding to your must-see list in October 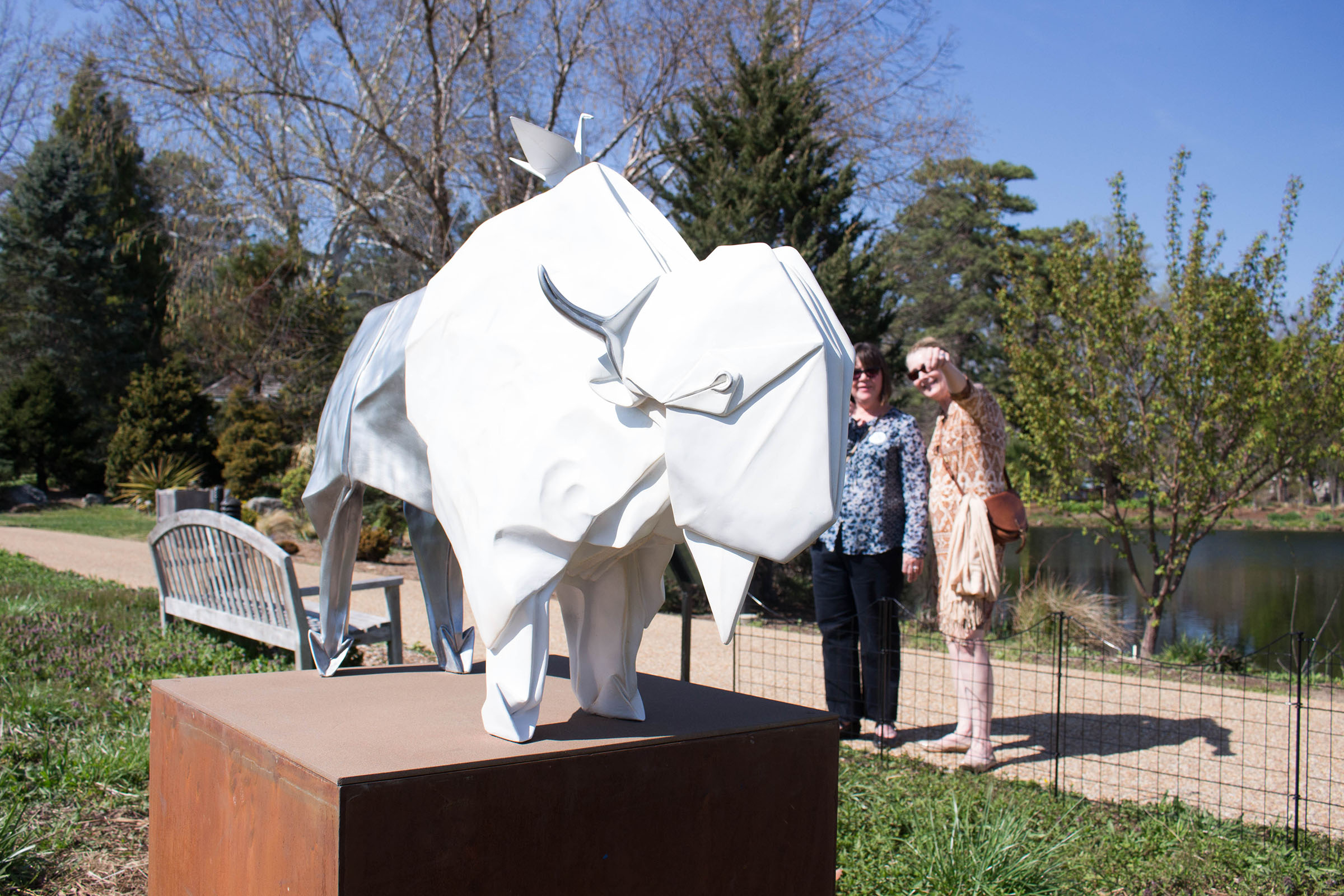 This season, as people seek to escape the familiar confines of their own homes while practicing safe social distancing, sites in Houston and San Antonio are offering a way to experience art amid the wide-open spaces of the great outdoors.

In celebration of its 40th anniversary, the San Antonio Botanical Garden is hosting the exhibition OrigamiintheGarden², a metal menagerie of oversize origami sculptures in the shape of birds, butterflies, ponies, and a bison, among other fantastical forms. The creation of Santa Fe artists Jennifer and Kevin Box, in collaboration with world-renowned origami artists, the works remain on view in various spots throughout the 38-acre landscape through May 9. The garden is also offering origami-themed nights, with extended hours on select night and activities for kids, plus Japanese cocktails and beer for adults. 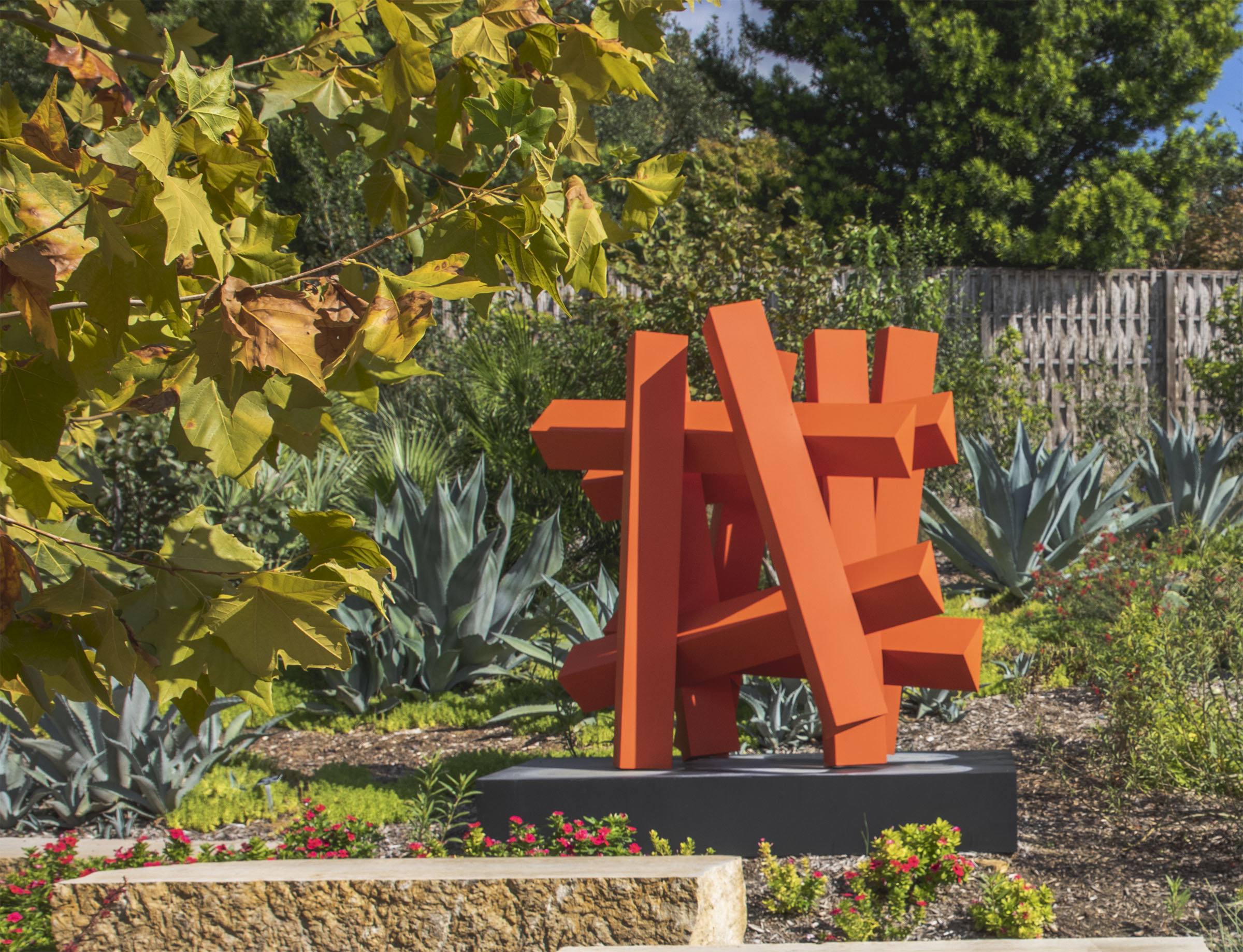 Nearby, the McNay Art Museum has recently added three new landmarks to its sculpture garden. Willie Cole’s The Sole Sitter depicts a contemplative figure in bronze, reminiscent of the traditional African masks of the Luba people, yet constructed of larger-than-life high-heeled shoe forms. Hashtag-Orange by Alejandro Martín reimagines the hashtag symbol in three dimensions and a brilliant orange hue. And Tom Wesselmann’s Standing Tulip is a playful Pop Art addition to the site.

In Houston, Buffalo Bayou Park welcomes four monumental sculptures by 105-year-old artist Carmen Herrera. The exhibition, Estructuras Monumentales, is on view from Oct. 22 through April 23, 2021. Born in Cuba and based in New York, Herrera produces abstract geometric works in bold colors. She first envisioned these monochromatic aluminum sculptures nearly half a century ago but completed them only in recent years. Their installation in Houston coincides with the five-year anniversary of the park. Sculptures by Mel Chin, Henry Moore, and Jesús Bautista Moroles, among others, line the banks of the bayou. Virtual cultural events, including performances by Houston Grand Opera, Urban Souls Dance Company, and Da Camera, take place at the park throughout this month. 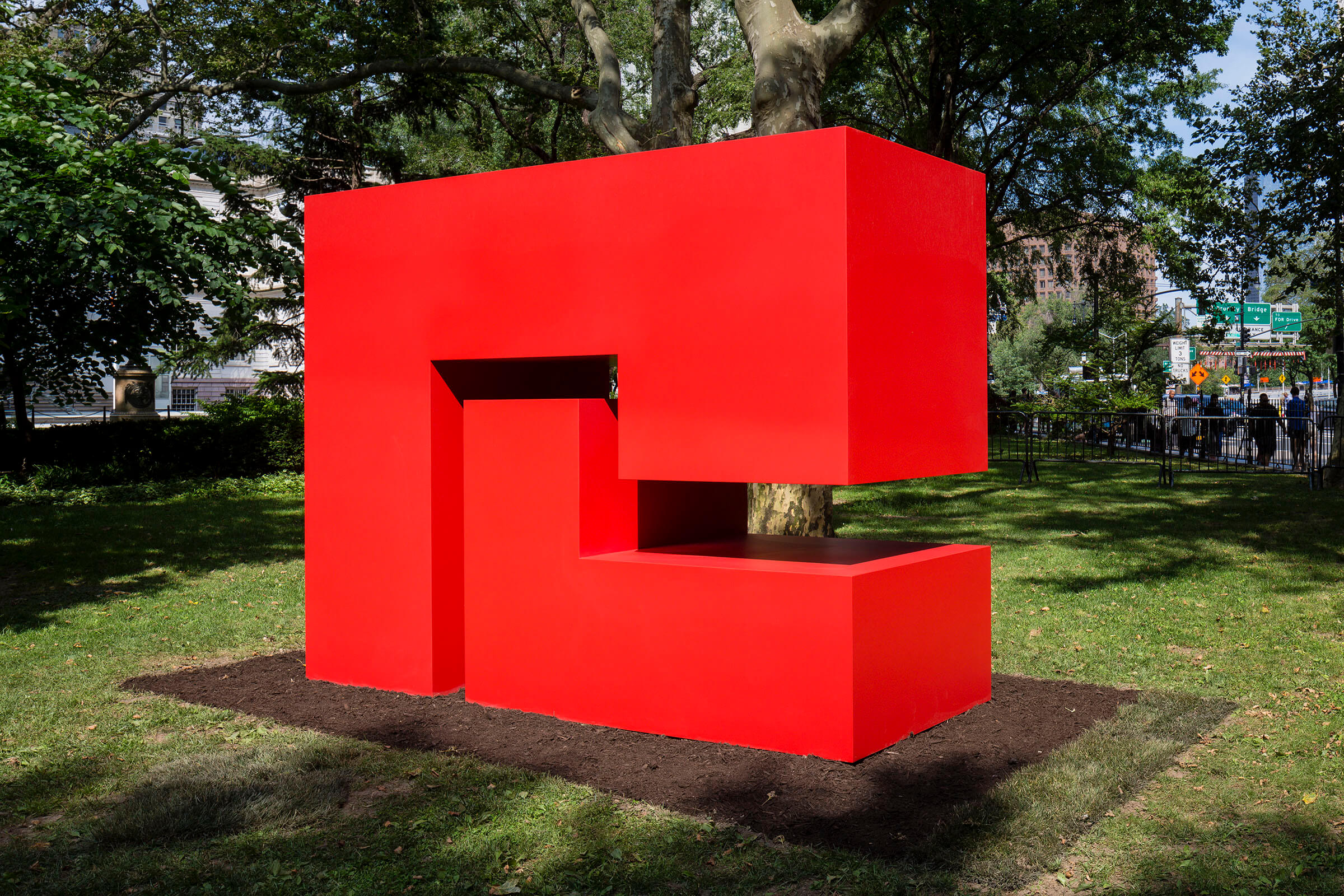 On Oct. 28, the University of Houston unveils the traveling outdoor exhibition Color Field, organized by Crystal Bridges Museum of American Art, Bentonville, Arkansas. Scattered across the campus, works by six contemporary artists engage viewers through color and sound. For instance, Spencer Finch’s Back to Kansas presents a billboard with a grid of colors inspired by the film The Wizard of Oz. Forms from Life, by the multidisciplinary artist TYPOE, comprises simple aluminum shapes in bright hues that bring to mind children’s blocks. A giant wind chime by Sam Falls activates upon touch, and a sonic soundscape of cello, violin, harp, and piano by composer Amos Cochran captivates passersby. The exhibition remains open through May 2021. 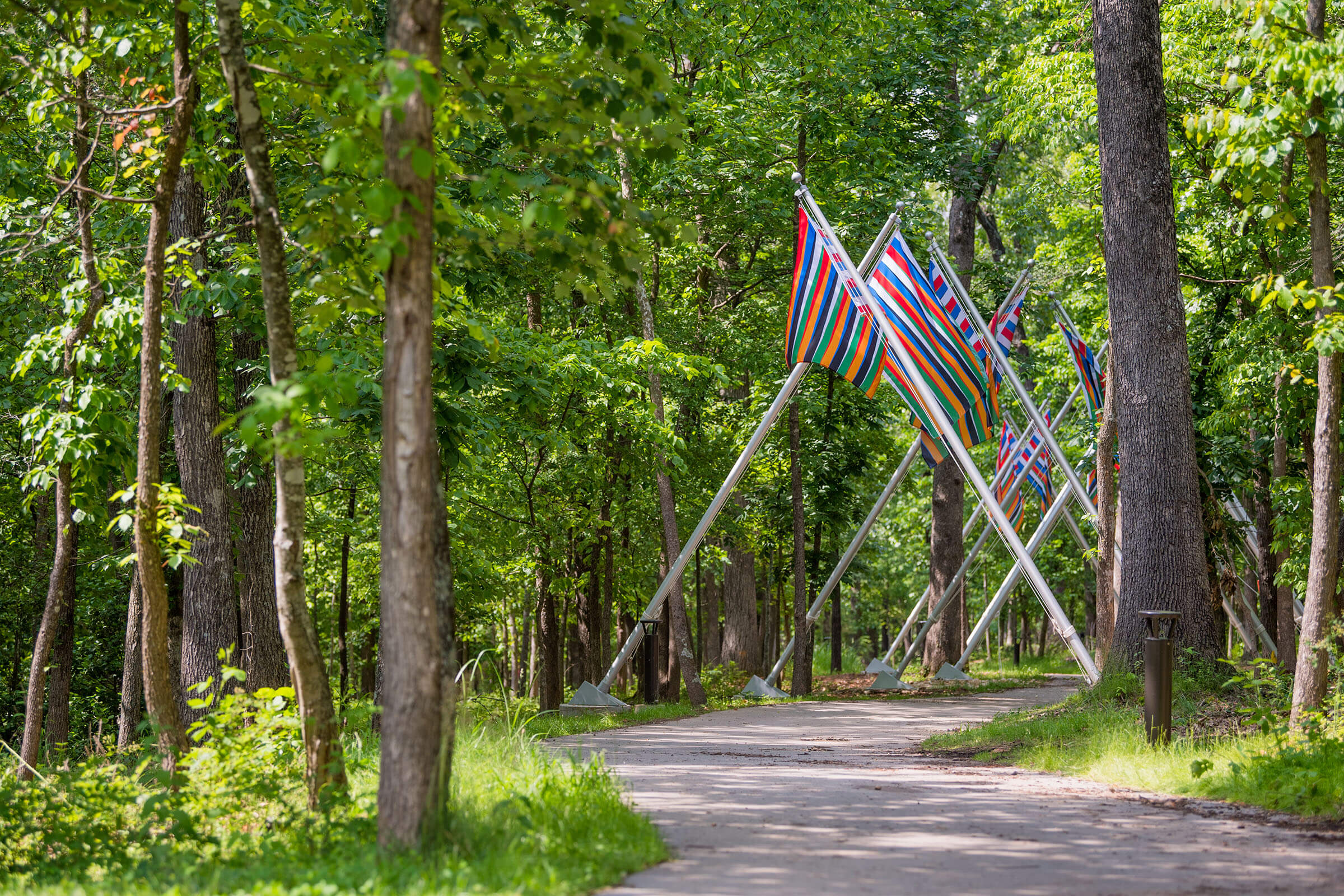 These works join many others from the university’s public art collection that already embellish the grounds. María C. Gaztambide, director and chief curator of Public Art of the University of Houston System, says, “Along with Public Art UHS’s storied permanent collection, Color Field provides families, art enthusiasts, and the broad Texas community with a safe and completely open-air environment in which to engage with and enjoy some of the most relevant examples of the art of our time.”