Rainstorms did little to temper the drought, but they brought flooding that shifted the Rio Grande's main channel, damaging the trail and fill the pool with mud 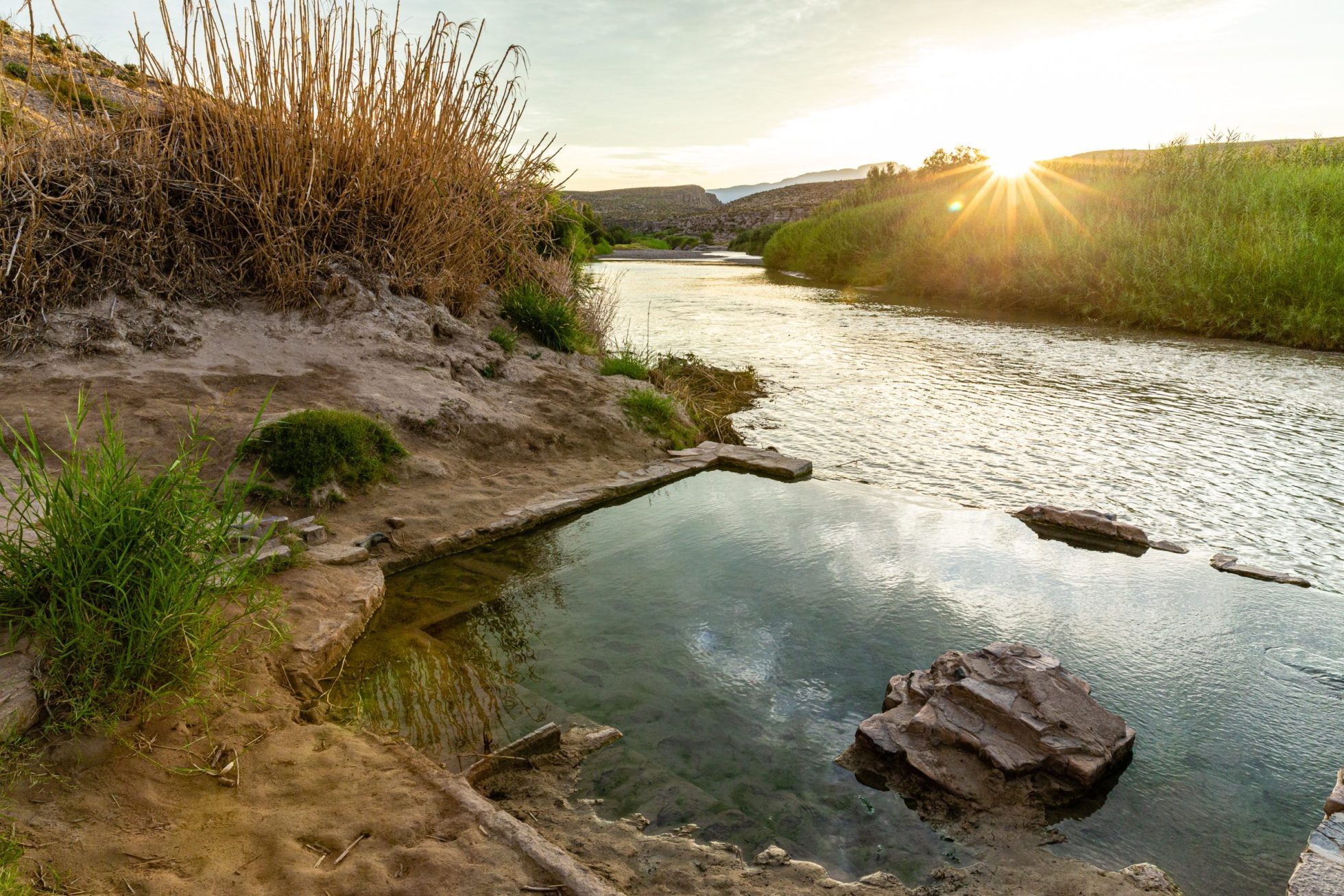 Big Bend National Park‘s soothing hot springs along the Rio Grande is a popular draw for visitors—even during the summer. But soakers are going to have a hard time relaxing in the 105-degree mineral water after flooding filled the pool with mud and sediment.

Rainstorms late last week caused flash flooding that also eroded part of Hot Springs Trail leading to the popular spot, park officials said. The historic area remains open, but the main trail to the springs—the site of a bathhouse operated by J.O. Langford that flourished in the 1930s and ’40s—is closed until further notice.

Visitors determined to reach the hot springs anyway can still do so via a longer route—or by floating down the river in a boat and pulling off onto the sand bar. But once they reach the springs, which are located on the east side of the park near the Boquillas Canyon, it will be hard to do much soaking. The stone-lined pool where visitors typically bathe is clogged with silt and gravel. When this happens, it’s up to visitors to dig out enough silt to find a place to sit.

Isolated thunderstorms late last week dropped spotty showers that caused the flooding but provided little relief from an ongoing drought, said Tom Vandenberg, chief of interpretive services at Big Bend National Park. Still, Tornillo Creek, which drains the north and east sides of the park into the Rio Grande near the springs, flashed, causing the main channel in the Rio Grande to shift from the Mexican side of the river to the American side. The flood also eroded into the bank, pinching off a 20- to 30-meter section of the Hot Springs Trail just beneath the pictographs on the cliffs.

“That’s not anything rare or super unusual, but it’s more like what happens in late summer during the monsoon season,” Vandenberg said. “It shows how fast things can change.”

As a result, it’s hard to reach the springs by foot. Instead of a hike of about three-fourths of a mile round trip, the route to the springs via the upper trail is now about 1.5 miles long.

Before the rains, the river flow rate at the springs hovered at about 25 cubic feet per second, a relatively low flow. The river peaked at about 4,000 cfs immediately after the storms but has since fallen to about 100 cfs. That rate will likely continue to drop.

Visitors should exercise caution if they decide to make the longer hike. “It’s hotter than blue blazes right now—114 or 115 degrees,” Vandenberg said on Tuesday.

A park trail crew leader visited the site on Tuesday to assess the damage. According to his reports, high flows removed a large berm at the confluence of the Rio Grande and Tornillo Creek and washed away a large beaver pond created last year.

“The challenge is we’re at the beginning of the rainy season, and it’s going to get worse until the river stabilizes for winter,” Vandenberg said. “In July, August, and September, the river could do that exact same thing four or five times. We don’t want to do a lot of trail work for naught.”

He encouraged visitors to visit other parts of Big Bend National Park instead.