Getting Away to Galveston—Off-Season and Al Fresco

Outdoor activities, from beach strolls to dining, make it easy to social distance on a weekend retreat to Galveston 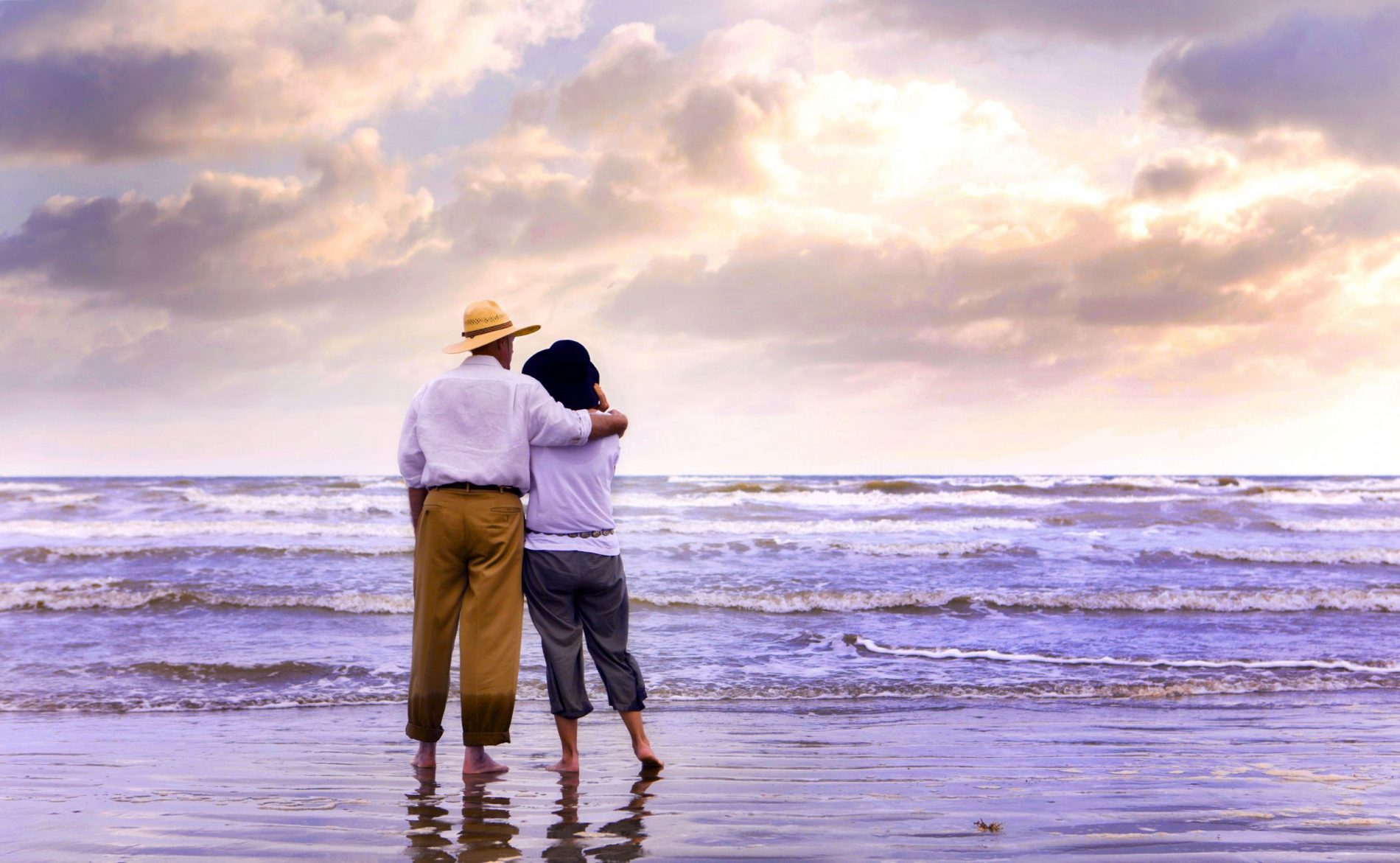 It’s rarely too chilly for a stroll by the sea. Even during the winter, the Texas Gulf Coast enjoys mild weather on most days. What’s more, you’ll have the sand pretty much to yourself. My husband and I set out for Galveston Island recently for an off-season weekend retreat, in part because of the appeal of the beach’s built-in social distancing. 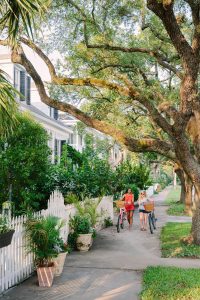 Hotels across Texas have taken measures to ensure safety and cleanliness, and vacation rentals have also proved to be a popular option during the pandemic. We booked our stay at The Quarters, a part of the Tremont House hotel. The suites, which are separate from the main hotel building, are renovated one- and two-bedroom units with full kitchens and contemporary furnishings, down to the modern light fixtures and artwork. Room service is available, but we opted for a couple of take-out meals instead. With options like these, it’s easy to see why some families are opting to spend extended stays at the beach, studying and working remotely.

Our favorite way to see the island has always been in the fresh air on bicycles. On this visit, we rented electric bikes from Zipp E Bikes. Guided tours are offered, but we decided to go at our own pace to gawk at Galveston’s elegant architectural treasures. Biking between the mansions on Broadway—the Ashton Villa, the Bishop’s Palace, and the Moody Mansion, just for starters—easily fills part of a morning or afternoon. Then there are the hundreds of exquisitely renovated Victorian homes in the East End Historical District, the storybook houses with gingerbread detail painted in a rainbow of hues.

Also in the East End, we admired Galveston’s singular tree sculptures. Local and national artists carved the sculptures from the remains of stately old oak trees that were killed by the salt water surge in 2008’s Hurricane Ike. Some 30 sculptures present images of angels, sea birds, dogs, people, dolphins, and other figures in front and side yards of homes. Newer to the self-guided touring scene, Galveston’s Turtles About Town is a public art project launched to bring awareness to local sea turtle conservation efforts. About 30 brightly painted sculptures of the Kemp’s Ridley sea turtle—each with its own theme and design—sit in prominent spaces from East End and downtown to the Seawall, Midtown, and West End. It’s easy to spend a whole day just looking for all the sculptures. 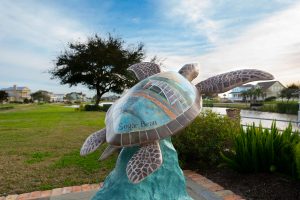 Bikes aside, Galveston begs to be seen on foot, too. Just window shopping downtown and throughout the Strand kept us amused. Art galleries, boutiques, and antiques stores—many of the latter filled with nautical finds—can be appreciated from the sidewalk. We spent a fair share of time, as well, enjoying coffee (such as at MOD Coffeehouse on Postoffice Street and at Red Light Coffee Roasters on Market Street) at sidewalk tables. The abundance of outdoor dining proved a boon. We had more open-air patio and dockside meals than we’d dared dream with stops for a deep bowl of fresh fish stew and the giant muffaletta sandwich at Maceo’s Spice & Import Co.; oysters, gumbo, and grilled golden tile at Katie’s Seafood House; freshly made margaritas and enchiladas verdes at Taquilo’s; and lobster tempura and pecan-crusted snapper at Rudy & Paco.

Best of all, we set aside time to spend beside the waves, too. Early morning and late afternoon, nothing compares to quiet walks on the shore. Sometimes we were alone to wander out on the jetties, those giant arms fashioned from massive granite boulders that reach out into the Gulf. Listening to waves crashing against rock, it felt like the beach was there just for us.