How to Buy Beef Direct From Farms and Ranches Across Texas 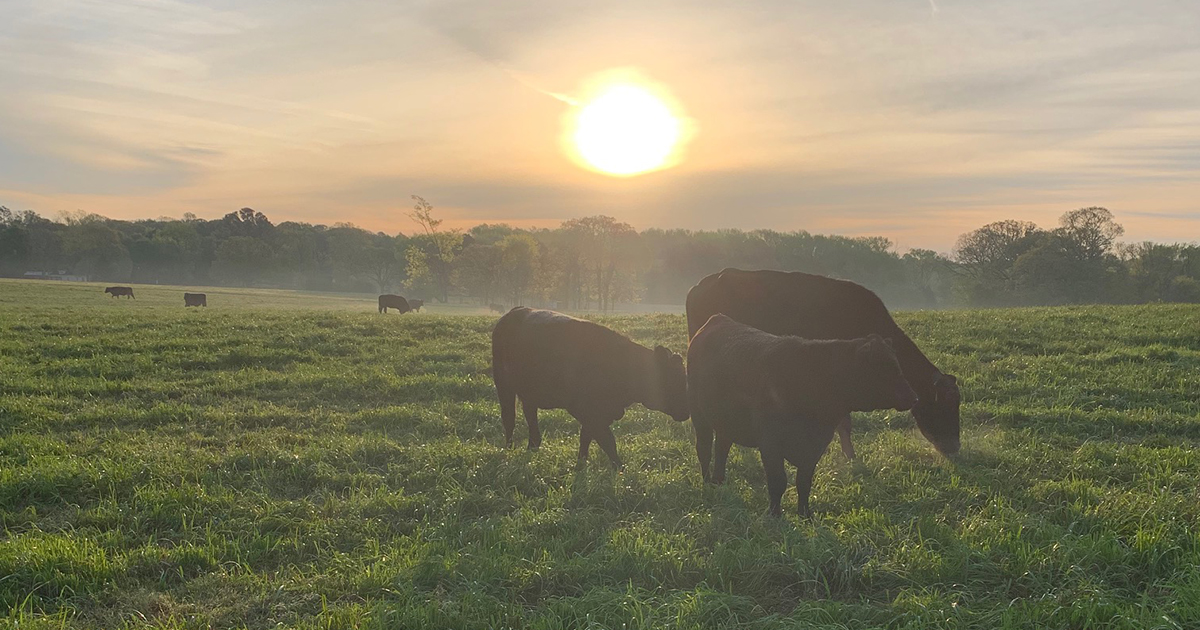 If you’re worried about meat supplies looking lean at your local grocery store, we’ve got good news for you. There is no beef shortage in Texas, though scarcity of certain foods and household items has become common since COVID-19 hit hard in March. As stores deal with myriad supply and demand issues, Texans can cut the middle man and order direct from producers across the state.

Though consumers have always been able to buy directly from farms and ranches that raise and sell their own meats, the option hasn’t been especially publicized. Bulk sales are typically required; depending on the producer, the minimum requirement maybe 6 pounds of ground beef or four 1-pound steaks, for example. Pricing is more than you’d pay at big-box stores but probably on-par for custom butcher shops and gourmet grocers. Ground beef prices range from $6 to $10 per pound and up to about $25 for choice New York strip, with prices fluctuating daily. Folks looking for quality ground beef and steaks can order online and expect home delivery in just a few days. And there’s a bonus, too: you know exactly where your food originates, which is rarely the case with burger patties and steaks purchased at the supermarket.

“We’re selling our beef as fast as we can bring it in,” says Tyler DuVall of Texas Beefhouse, based in the East Texas town of Whitehouse. “We grow everything from the ground up, and we don’t harvest until the animal is ready.”

Anyone who’s been to the grocery store since March has probably witnessed bare shelves where flour, beans, pasta, tomato sauce, and toilet paper are typically plentiful. Because shoppers stocked up when faced with sheltering at home, supplies aren’t up to normal levels in most stores. In addition, meatpacking plant workers in many states have fallen ill with COVID-19, causing plants to slow production or shutter, at least temporarily. Farmers and producers that supply big grocery chains have plenty of animals they’re feeding, but without plants to process them, they can’t get these proteins through to consumers. There’s also an issue of supermarket chains’ warehouses being unable to manage the increase in orders.

Fortunately, there are at least 20 farms and ranches throughout the state that sell directly to the public. Texas Beefhouse ships its frozen ground beef, fajita meat, and steak cuts, such as filet, flat iron, strip, and ribeye, at no charge throughout Texas as well as to Oklahoma, Louisiana, and Arkansas. The outfit raises its wagyu and Black Angus cattle without antibiotics or steroids on several ranches they own around Tyler and Longview.

Alas, their brisket isn’t shipped. “I have plenty of brisket, but the freight costs are too great,” DuVall explains. They do sell their brisket locally at specialty shops including Sweet Gourmet in Tyler.

Speaking by phone on Wednesday, DuVall said between bulk ground beef and patties, he has more than 1,000 pounds ready to ship immediately, with more on the way. Orders ship Monday through Wednesday to avoid any possibility of meat thawing while sitting in a shipping hub over the weekend. Customers ordering early in the week will receive the shipment before the week’s end; orders received late in the week arrive by the following midweek.
Order at texasbeefhouse.com.

A family operation for more than a century, 44 Farms famously supplies beef to barbecue joints and restaurants around the state and ships to individuals from its home in Cameron (near Bryan-College Station). Alluring photos of its meats are found on its order site, with choices including franks, ground beef, ribeyes, filets, and bone-in short ribs. Note: Ground beef is on backorder now but will begin shipping again on May 18, and filets and short ribs should be in stock again soon.
Order at 44steaks.com.

In North Texas, Burgundy Pasture Beef is a family operation that supplied restaurants with its grass-fed beef before expanding operations roughly a decade ago to sell its meats at retail to the public. After opening a shop on their Grandview ranch just south of Fort Worth, husband-wife ranchers Jon and Wendy Taggart also opened stores in Fort Worth and Dallas in 2014 and 2016, respectively. Best of all, they ship throughout the U.S.

They sell their grass-fed beef in ground form as well as in strip steaks, chuck roast, tri-tip, ribeye, and sirloin, Burgundy ships Monday through Thursday so that customers receive orders by Friday. The Taggarts also supply pasture-raised pork from local family farms, as well.
See beef and pork options at burgundypasturebeef.com.

For a list of other meat producers in Texas, visit the Texas Department of Agriculture’s Go Texan site.