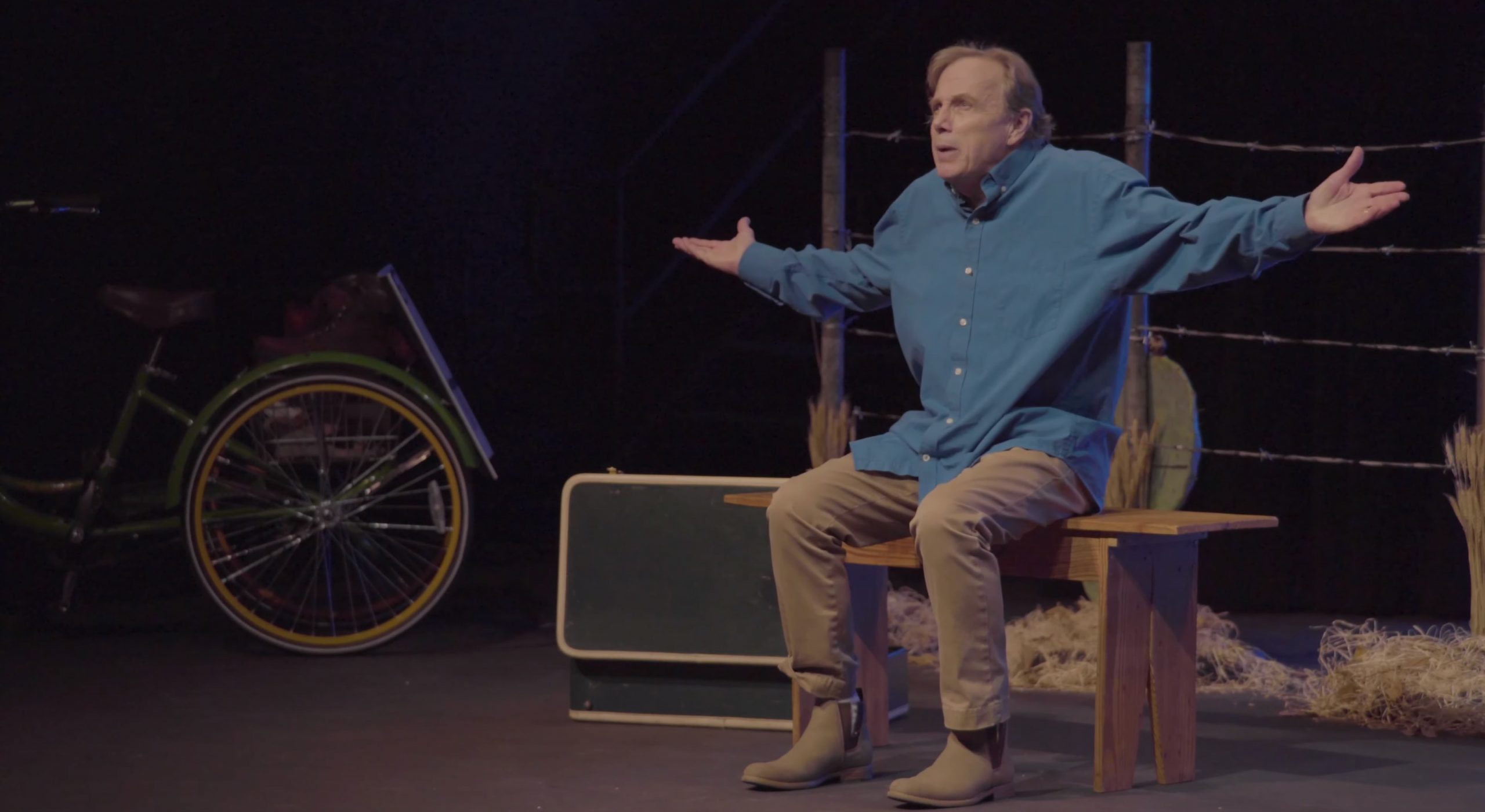 From movies to music to theater, the pandemic has hit the entertainment industry particularly hard. But some performers have risen to the challenge, staging performances any way they can. Actor and playwright Jaston Williams, best known for his 40-year hit Greater Tuna, is one of those resilient showmen. On Jan. 29, he’s debuting his new one-man play, I Saw the Lights, with a taped live performance shot at the State Theatre in Austin.

The new show is based on a real event when mysterious lights appeared over Lubbock in 1951. It features a cast of oddball characters of the type that Williams is known for creating, including a socialite from Connecticut who hates trees and a hippie whose girlfriend longs to become a Comanche.

We talked to Williams from his home in Lockhart, where he’s been holed up with his husband and their 23-year-old son during the pandemic. How have things been going? “Thank god for Netflix … and keeping working. A lot of good stuff got written during the plague, so there’s no excuse not to go to work,” he says with a laugh.

Where did the idea for this show come from?

I had the idea several years ago. Those of us who grew up in and around Lubbock, we had so many UFO stories. I’ve always been intrigued by the lights and the people of Lubbock. I wanted to create a fictional group of people who normally wouldn’t hang out, but they experience this unexplained phenomenon together and support each other.

How was the live taping staged?

About two weeks before the shoot, we decided rather than me doing quick changes like in Tuna, we would take photographs of the characters. So we had makeup artists, costumers, and more come in to create the characters, photograph them, and then those images get projected while I do the character’s voice. We shot the show on video in an empty theater. It was a three-camera shoot with David Wolfson, who directed Holland Taylor’s Ann Richards show [for PBS’s Great Performances]. It was so strange. I’m used to playing off of laughter, gauging how I react, holding for laughs. No one could laugh because it would ruin the take, but I noticed people in the crew bending forward and shaking, so I thought, “OK, it’s working.”

What was the hardest thing about doing a show this way?

The very first take of the first piece was really scary. It’s been a long time since I’ve worked in front of cameras. I was scared. I laughed at it with my director [Kristen Rogers, who directed the stage version of I Saw the Lights] later. She was trying to help me, but she had her mask on and I was hearing only ever third word! I shot it again on the second day, and it worked like a charm.

What would you like to have people take away from the show?

I hope they have a comforting hour. Something with all my work is that people recognize someone familiar. One character that starts the show off is very religious. She has seen the lights repeatedly but she can’t allow herself to believe it—sometimes what you don’t believe is just as important as what you do. I hope people see Aunt Mildred or whomever she is in their lives.

Any chance there will be more Greater Tuna stories in the future?

Good lord. When it first started, we thought it would last two months. It’s lasted nearly 40 years! Joe [Sears, his Greater Tuna co-writer] and I get together [on the phone] and tell stories still once or twice a week. Nothing specific, but we’ve toyed with the idea to get this photographer to do the Tuna High School Yearbook. We would be everybody in the book. Performing Tuna now is not something we can do physically. We made it look so easy, but no one knew how hard we were working. We did 35 costume changes per show, eight shows a week. That’s a job! Not for old people.

How can people help the theater community?

I would say watch virtual shows and donate. The main thing to help is to get healthy. Wear masks, take care of yourselves, and then soon we can all be enjoying the experience again. That’s what we want for our audience: for them to be healthy and laughing again. We’ve made it so far, we are so close, and we can’t wait to perform in front of an audience again.