Skip the Beach and Go Antiques Shopping Instead in Galveston

From imported nautical items to one-of-a-kind vintage finds, the island's antiques shops offer something for everybody 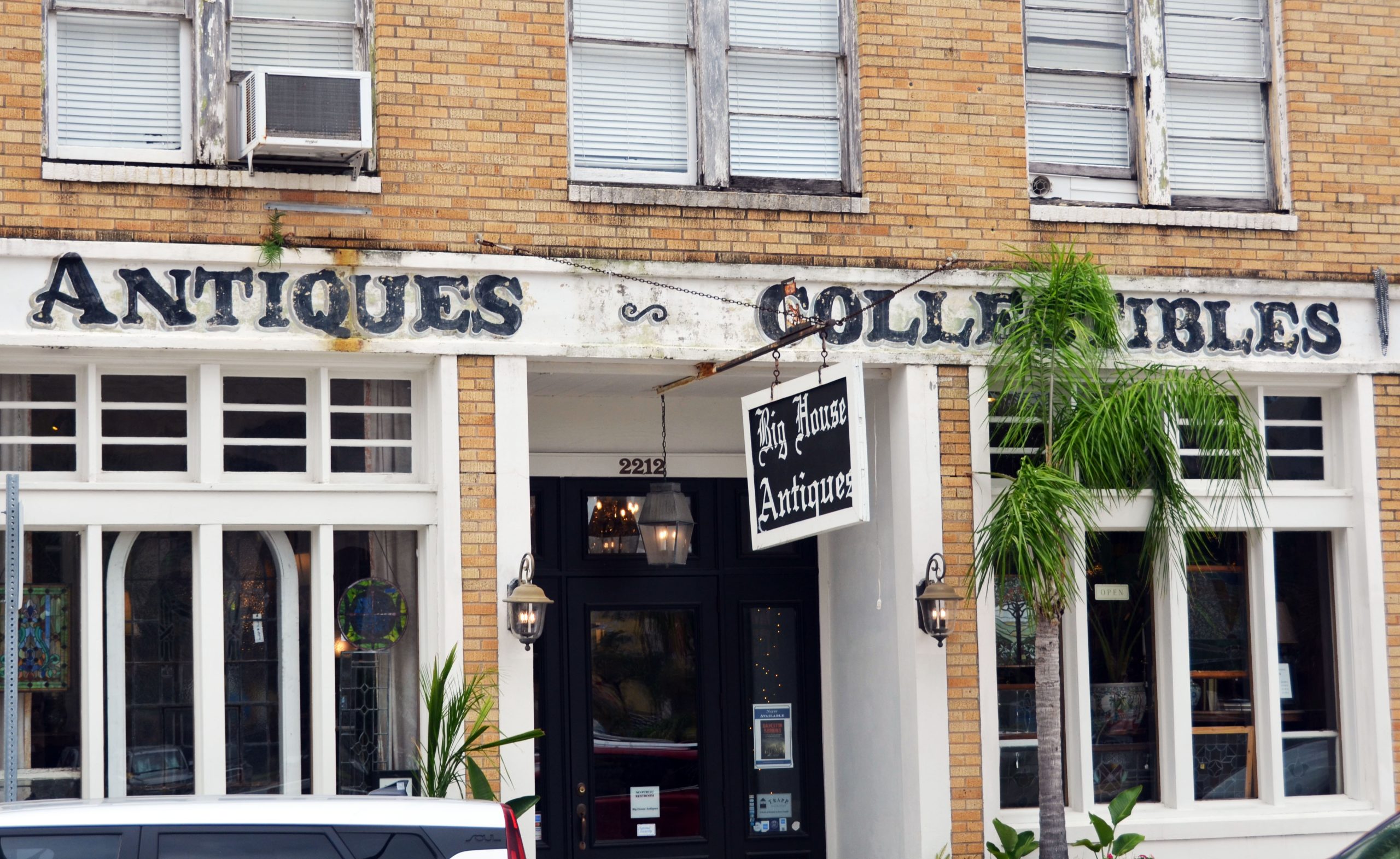 Visitors headed to Galveston are often motivated to grab the sunscreen and hit the beach. Why not? The island has 32 miles of shoreline. But maybe at some point, they should look beyond the sun, sand, and surf, and set aside time to stop and stroll through the stores.

Galveston’s historic downtown is packed with gift shops, boutiques, and art galleries, but don’t overlook the surprising number of antiques stores that specialize in a variety of merchandise to suit every taste and need.

Owners generally agree that the Galveston antiques business thrives because of the island’s rich history—from the days of pirate Jean Lafitte to the affluent years when the city was known as the Wall Street of the South—and abundant number of Victorian homes in the East End Historical District.

The Galveston Antique Dealers’ Association lists 18 locations of antiques members throughout the city in its brochure, which can be found in shops throughout downtown, but not all shop owners are members. The brochure is helpful, particularly with hours of operation. Pay attention, though. Antique Warehouse located at 25th and Postoffice streets, is open Friday through Sunday from 11 a.m. to 3 p.m. That’s it. I missed out by 4 minutes.

“Cutting back on the hours was the best thing we ever did,” says Tony Akin, store manager, speaking to me by phone. “We stay busy during those hours.”

The shop owners, Holly and Scott Hanson, have been in the business for 25 years and in the building more than 18 years. “The building has a great history,” Akin says. “It was built in 1913 as a hotel, then became a boarding house, and in the ’30s and ’40s, it became a brothel.”

The Hanson’s gather their goods, including reclaimed lumber and architectural pieces and much more, from “here, there, and yonder,” Akin says.

Harry and Frances St. John, owners of St. John Antiques, five blocks east on 20th Street and Postoffice Street, point out that their eight-dealer store takes only antiques, meaning at least 100 years old, and vintage, dating at least to the 1960s. “And we accept no reproductions,” Harry says.

The couple likens themselves to A&E’s reality television series American Pickers. “Twice a year, we set off in our van to the Midwest and Northeast to find small items that are not found in the Houston area,” he says. “We generally average 300 miles a day trudging through big flea markets and shops we know.”

A lighthouse lens they found on a recent trek is an example of one of their on-the-road finds. “It paid off well,” he says. 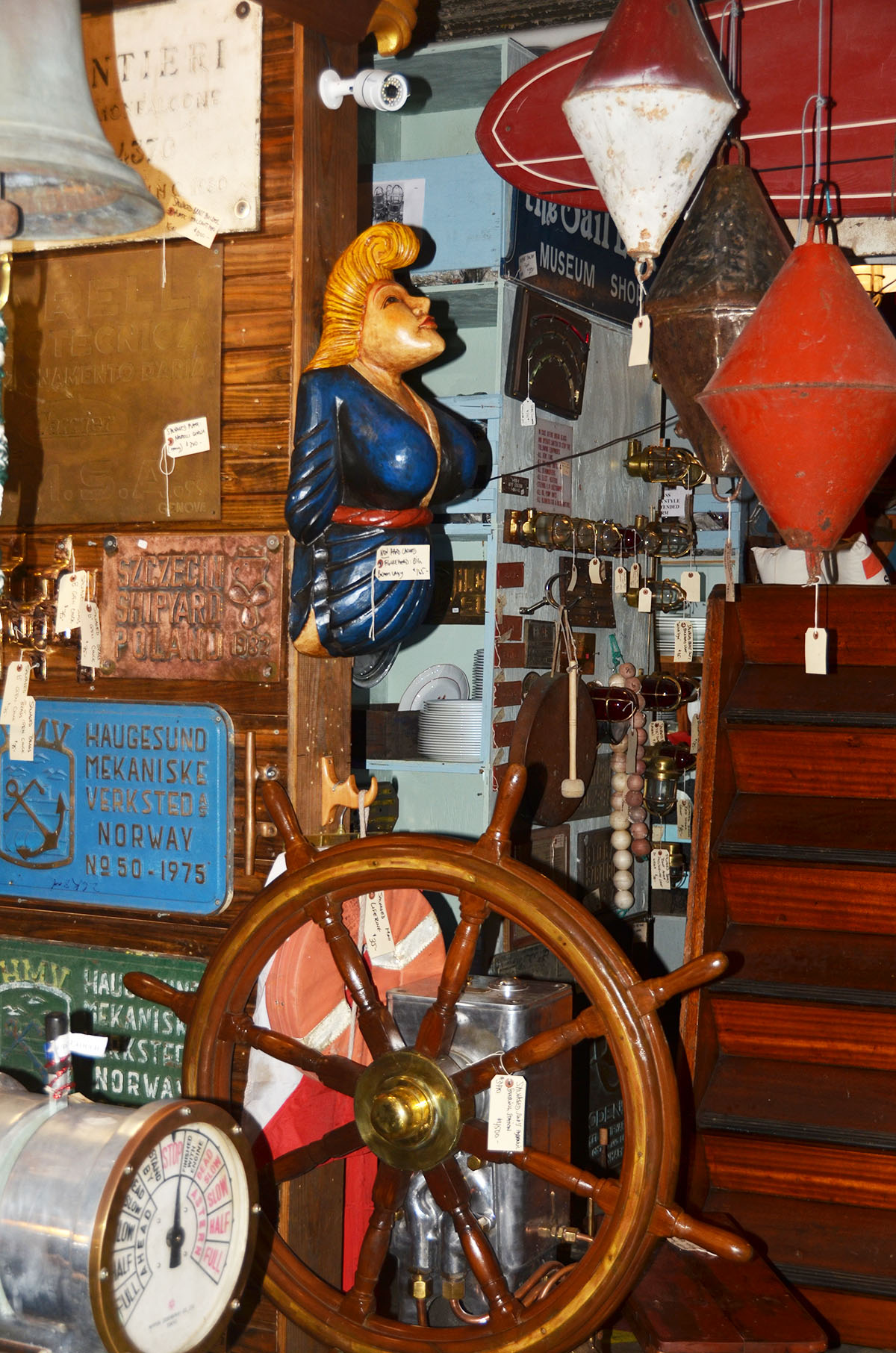 That probably speaks well for Michael and Adriene Culpepper, who have owned Nautical Antiques and Tropical Décor for 23 years on a street aptly named for a nautical-themed antiques store, Ship Mechanic Row.

“Our most popular items are ship lighting, which is good in saltwater areas, and glass net floats used as decoration in outdoor areas,” Michael says. “Much of the merchandise comes from shipyards, but it’s mostly imported from India and Bangladesh.”

Jim Nonus has been in the antiques business in Galveston since 1993 and bought the Antique Pavilion on Postoffice Street three years ago. Set in a former Walgreens building with 10,000 square feet of antiques, vintage items, and retro finds, it has 10 permanent dealers and 135 consignment booths.

“All the dealers have their own specialties,” he says.

Like the St. Johns, Mike Ragsdale and Gary Jones, owners of Big House Antiques, next to Nautical Antiques and Tropical Décor, seek out merchandise that is at least 100 years old. They get some of their goods from estate sales, but most of the large “investment quality” furniture items, as described in the brochure, are imported from France.

Ragsdale says the business has changed over the past 15 or so years. “Millennials don’t want this stuff,” he says. “Then again, they might not want to decorate their homes with antiques, but they love to find a one-of-a-kind piece that others don’t have. It’s more about putting a look together.”

Even so, there is one item antiques dealers generally don’t take at the moment—Grandma’s china. “No one wants it,” St. John says.