The Eagle Will Roll Again at Austin’s Zilker Park

After storms washed out the miniature train's tracks two years ago, the train is scheduled to return this fall 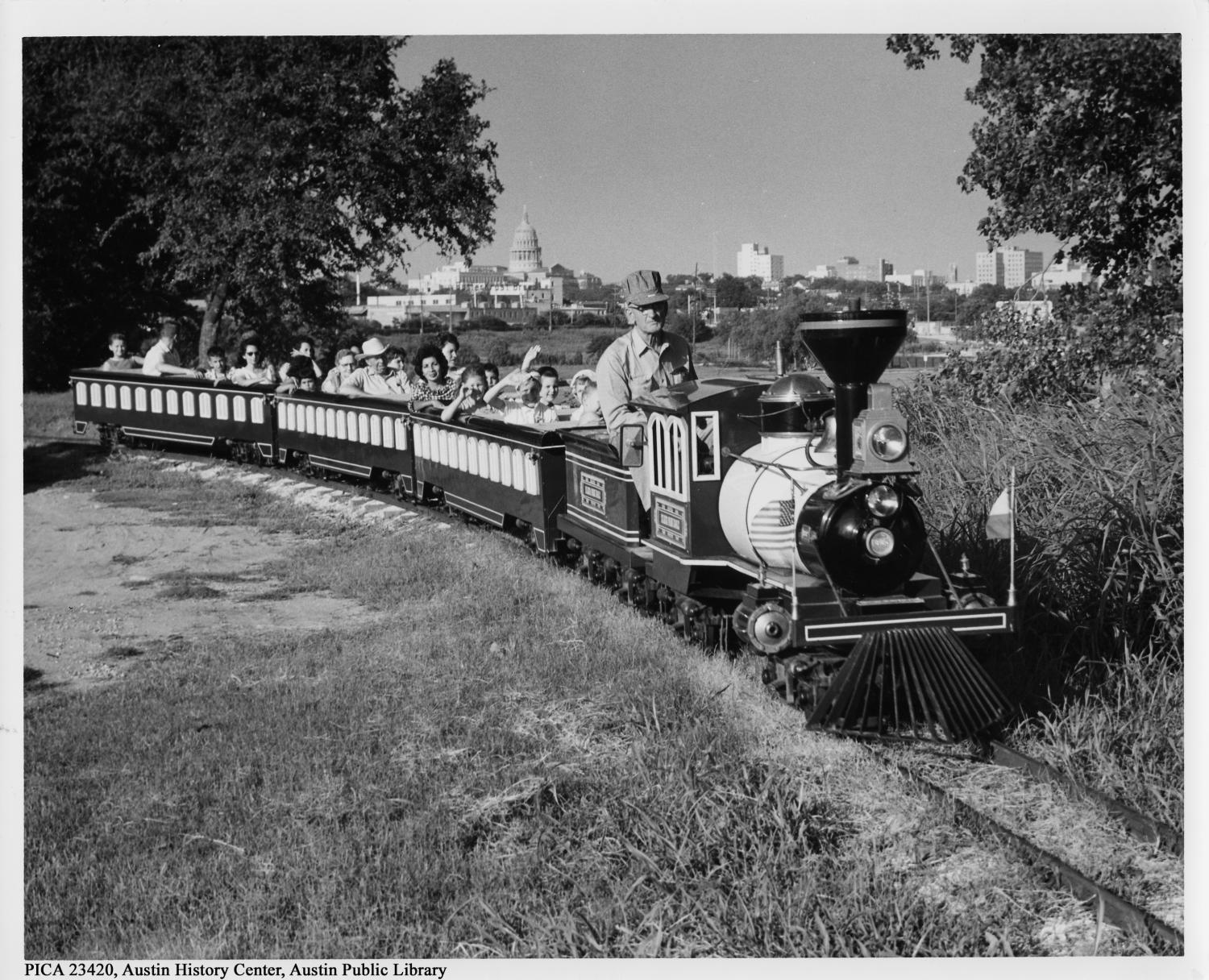 The Zilker Eagle back in the day. Photo courtesy Austin History Center

For a miniature amusement, the Zilker Park train sure has created a lot of big memories.

Since the train started running in April 1961, generations of Austinites and visitors to the Capital City have enjoyed its gentle out-and-back ride, which offers scenic views of green spaces, playing fields, Barton Creek, Lady Bird Lake, and the Austin skyline. But the fun screeched to a halt about two years ago when a series of storms washed out the city-owned track.

On Friday, on the train’s 60th anniversary, the Austin Parks Foundation announced the train’s new name—the Zilker Eagle—as part of its project to bring the train back this fall. Actually, Zilker Eagle was the train’s original name, but it was changed in 1997 to Zilker Zephyr in a citywide contest.

After the train’s operator closed the train in 2019, the Austin Parks and Recreation Department contacted the parks foundation to help find a way to get the train running again while it completes a master plan and long-term vision for the park.

“The train is such a beloved Austin icon,” says Colin Wallis, the foundation’s chief executive officer. “Everybody has a story about their interaction with it. When the floods knocked out the tracks, we immediately reached out to the parks department and said, let us know whatever we can do to bring the train back. We kept in touch, and it went from helping to fix the tracks to the city saying, ‘Hey what do you think about running it?’ We were excited to do it.” 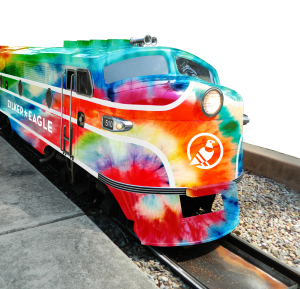 Styled after a 1940s passenger train—with a funky tie-dye twist—the new train is fully accessible and electric powered (the previous trains were a locomotive and a diesel freighter style). The city and the parks foundation plan renovations of the depot and track as well, including making everything more accessible and adding more ticket options.

The Zilker Eagle’s route still starts at the depot near Barton Springs Pool, but the new route turns around at Lou Neff Point. That’s roughly 100 yards short of the previous turn-around, which was the area that’s vulnerable to erosion during storms.

The Austin Parks Foundation received more than 750 suggestions during a naming contest for the new train. A committee of people from the foundation, its board, and the community, including children, narrowed the list to seven finalists: Armadillo Express, Bluebonnet Express, Edwina Justus (for the first Black female engineer at Union Pacific Railroad), Lady Bird Flyer, Moontower Rambler, Zilker Eagle, and Zilker Zanate (Spanish for grackle). The foundation then asked the Austin community to vote, and after 7,000 votes were cast, the Zilker Eagle won by a landslide.

Wallis says the foundation is still raising money to get the train running again this fall. Once the train is back, proceeds will be funneled back into Zilker Park, he says.

“I’ve lived in Austin a long time and since then and before, it’s been a beloved Austin past time talking about how great it used to be back when,” Wallis says. “There’s a lot of love for the train and it’s a nod to Austin’s past.”