The Liquid Gold of San Leon 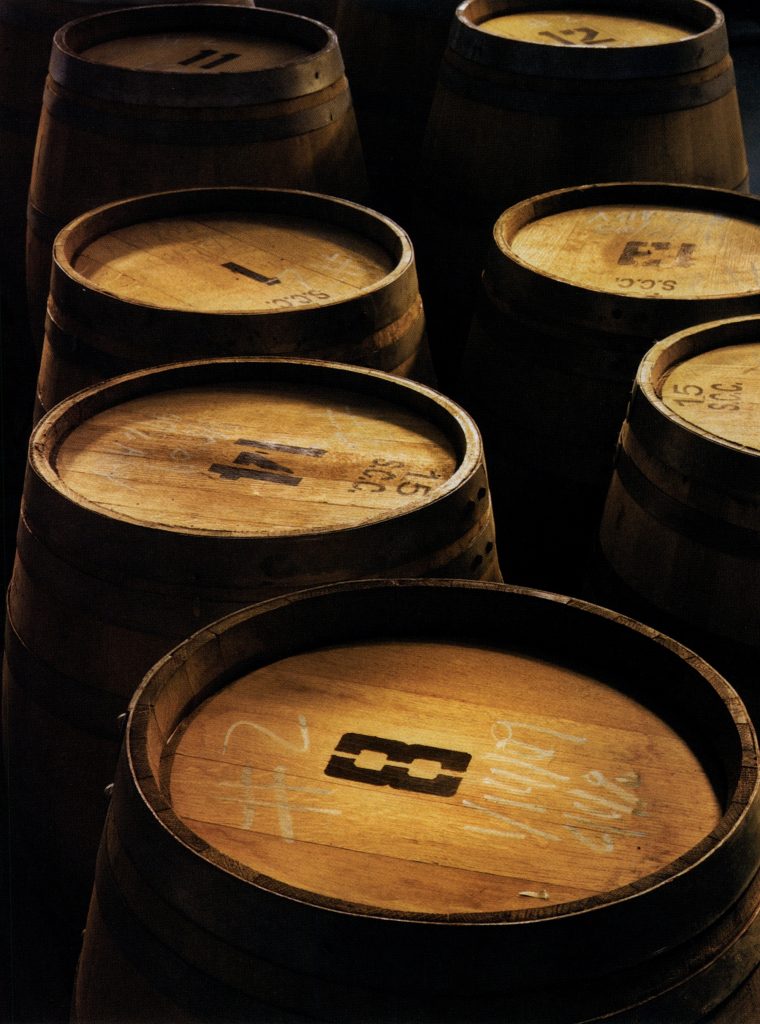 Rum-makers Kelly and Matt Railean offer tours of their distillery in San Leon, where they age their dark rums in oak barrels. Photo by J. Griffis Smith

Tiny San Leon, hidden off the main highway linking Houston and Galveston, boasts a history replete with innovators, survivors, and swashbuckling characters like pirate Jean Lafitte. I’m skeptical of locals who claim “Lafitte’s treasure is buried in my backyard;’ but news of San Leon’s modern treasure excites me: The Railean Rum Distillery, which takes the area’s sugar-making tradition to new heights. Not only is the distillery blazing a new trail in Texas, but it’s winning critics’ raves, too: Austin Chronicle critic Wes Marshall observed that Railean rums are on his “short list for the very best rums in the world.” I’m eager to learn more, so I arrange a tour.

Sugarcane, which originated in Southeast Asia, came to the Americas on Columbus’ second voyage. It wasn’t too long before sugarcane created a thriving world market. In Mexican Tejas, Stephen F. Austin’s colonists built their first sugarcane mill in 1828; within 25 years, 45 area plantations produced millions of pounds of sugar annually. By the 1850s, sugarcane had replaced cotton as the dominant crop in Galveston, Brazoria, and Fort Bend counties.

When cane juice is reduced to sugar, you get a versatile, uncrystallized byproduct: molasses. Sixteenth-century pirates used it to make a coarse rum. On some Caribbean islands, residents mixed molasses with crushed coral for use as mortar. It’s still used worldwide as a sweetener, and ranchers today use molasses to enrich feed grain. But San Leon entrepreneurs Kelly and Matt Railean use molasses to distill a fine libation.

Their venture began simply enough. Kelly was working for a wine distributor; Matt was working as a chemical engineer. But in their downtime, they experimented with winemaking. And then in the mid-1990s, a few vacation trips to the Caribbean convinced the Raileans that they loved the sea-and rum. They bought a sailboat, started a collection of rums from around the world, and began to experiment with distilling rum themselves.

Both kept watch on financial trends, and a few years ago, they noticed something interesting: Rum sales had grown significantly between 2005 and 2007. The Raileans predicted they could emulate the success of microbreweries and boutique wineries, and they decided to build a distillery at San Leon. In spring 2007, they started making rum.

Today, en route to meet Kelly, I’m driving along a rough gravel road. Just short of where it becomes a dirt trail, I see a large metal building on my left, and a modest sign confirms I’m in the right place: “Railean Distillers, LLC,” with a picture of the company’s mascot, the vivid green, wild Quaker parrot.

As I enter the building, I inhale a hearty aroma that reminds me of pizza crust or fresh-baked bread. The room is as warm as a bakery, too. “That’s because rum doesn’t like air-conditioning,” Kelly says.

Turns out I do smell yeast. Near the back of the room stand several tall, 300- and 500-gallon stainless-steel fermenting tanks where Kelly mixes unsulphured molasses with yeast, adding cane juice to impart hints of citrus. The mixture will ferment for three to four days.

After fermentation, the resultant alcohol is ready for processing in the nearby column reflux still, a 100-gallon, copper-and-stainless-steel contraption. Kelly urges me toward the far corner of the building, where a noisy turbine fan hardly dispels some of the heat from the boiler.

I move back that way, where it’s a bit cooler. In the still’s tower, high above my head, I notice a series of little windows, round like portholes. Through the glass, I see bubbles, a condensation of vapor from the boiling mixture of molasses, yeast, and water.

“Distillate vapors rise from the boiler into that column,” Kelly explains, “producing a variety of alcohols. When the temperature gauge reaches 78 degrees, we capture the best alcohol—the heart of the spirit.”

We move on to the aging area, where the Raileans’ two dark rums age in barrels made of American oak (the thirdrum, a white variety, isn’t aged). “We order our barrels burned to a crisp,” Kelly says, “like whiskey barrels. Their smaller-than-average size provides greater surface-to-volume ratio, enhancing the charred wood taste.”

Next, Kelly shows me where the rums progress through a series of filters, and then, finally, where the rums are bottled six bottles at a time. The tour’s final stop: a simple tasting room, which the Raileans opened after the Texas Legislature legalized spirits-tasting in May.

Spirits connoisseur George Alexander, writing in My Table magazine, describes his first taste of Railean rum as a “wonderful surprise … The Railean has a beguiling butterscotch nose, as tropical as any I’ve tasted, with none of the harshness of raw alcohol. It is a quite delightful tipple served neat.”

Kelly pours from three bottles into tiny tasting cups. “Our original white rum,” she says, and then, “our blended dark rum.” I taste hints of chocolate. “And now—our new Small Cask Reserve. We make it one barrel at a time, and it ages much longer than the other two.” I raise my cup and sniff, then take a sip, allowing the smooth, oakey flavors to mellow on my tongue.

Later, to complete the day’s rum education, I drop by the Green Parrot Bar & Grill in nearby Dickinson, where the bartender mixes a colorful concoction he calls the Galveston Sunset—a refreshing blend of Railean rum, orange juice, and grenadine. Outside on the willow-shaded patio, anglers, bikers, and sun-seekers in shorts and flip-flops dine on enormous burgers and shrimp platters. Musicians, preparing to take the stage, tinker with their instruments. I’m reveling in the A/C indoors, though, where several murals depict seaside scenes. I toast the day and can’t help but glance over my shoulder, lest Pirate Lafitte snatch this golden treasure away from me.