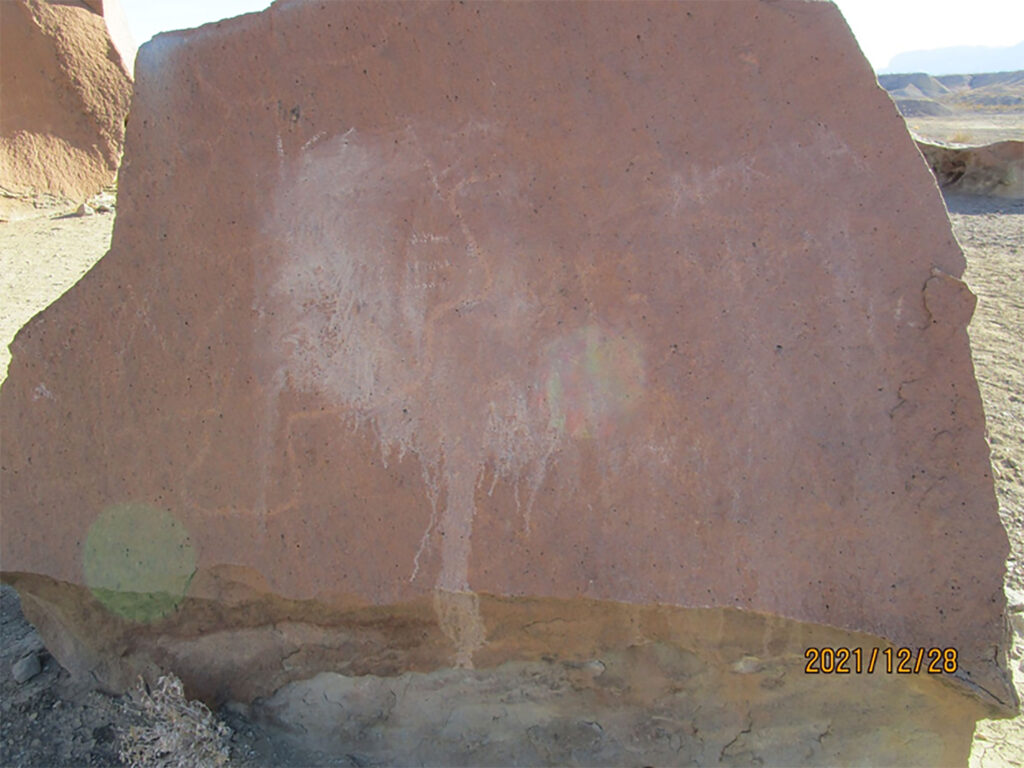 Vandals defaced prehistoric rock art at Big Bend National Park over the holidays, the latest example in an uptick of such incidents on West Texas’ sprawling public lands.

Park officials received a call from a visitor Dec. 27 alerting them that someone had scratched names and the prior day’s date on a rock covered with ancient petroglyphs at the Indian Head area, says Tom VandenBerg, chief of interpretation and visitor services at Big Bend National Park.

Staff archaeologists visited the site, in the western reaches of the park, the next day. What they found was the graffiti had been “treated by a well-intentioned person” that left extensive water staining and residue on the boulder.

“They had washed down and scrubbed the boulder to remove the chalky scratching, using regular tap water in which the chlorine reacted with the natural patina and the coating of microbiota, leaving a whitish colored stain that ran down the face of the boulder,” VandenBerg says.

Experts carefully treated the rock to mitigate the damage, but some signs remain visible.

Archaeologists estimate the ancient rock carvings were made between 4,000 and 8,500 years ago. “It’s survived snowstorms and sandstorms and freezing and cooling and weather—until this,” VandenBerg says. “For those of us who devote our lives to taking care of these places and protecting our natural and historic heritage, [the vandalism] is a gut punch.”

Rock art is protected under the Archaeological Resources Protection Act, and damaging park resources is a federal violation punishable by a fine of up to $5,000 and six months in jail. 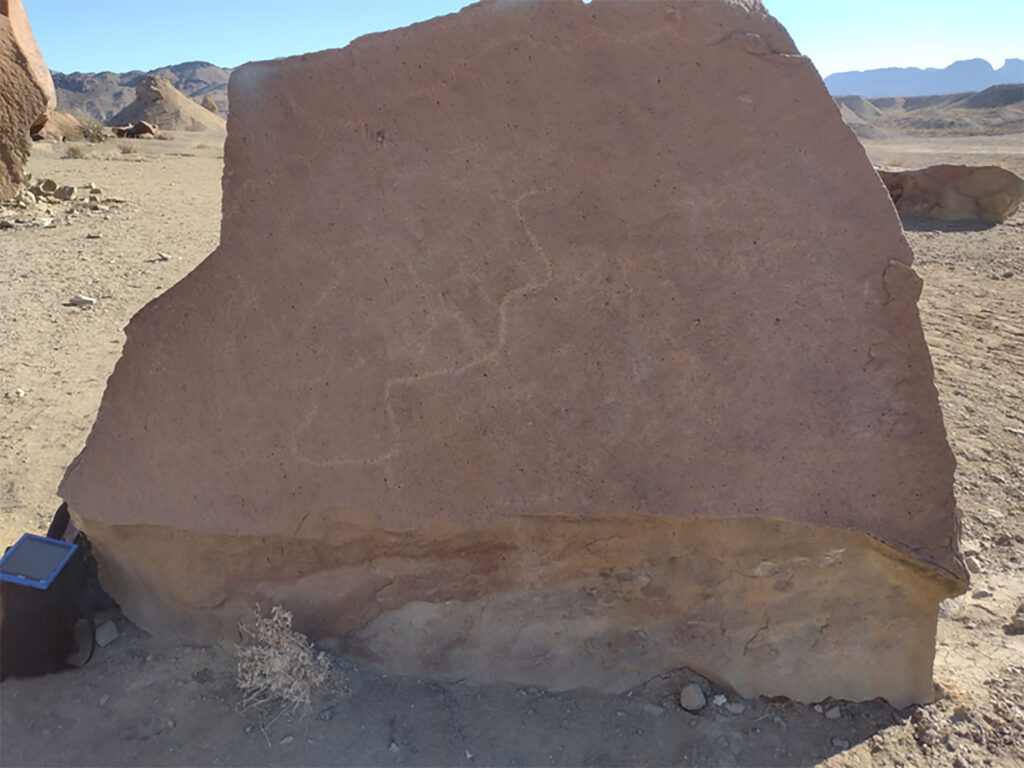 The boulder after experts treated it, but signs of the damage remain. Photo courtesy Big Bend National Park.

The incident remains under investigation, VandenBerg says, and park officials have received several tips, which they have forwarded to law enforcement.

Big Bend National Park has seen an increase in vandalism and graffiti in recent years. Since 2015, officials have logged about 50 incidents of graffiti or vandalism on sensitive historic sites, VandenBerg says. That doesn’t include damage to sites not considered culturally significant. On Dec. 27, for example, park officials discovered that an antique car on the park’s River Road had been tagged with graffiti.

“People have rediscovered national parks, and with the pandemic, everyone is seeking remote space. Big Bend looms large in that regard,” VandenBerg says.

The site where the most recent vandalism took place has been used for thousands of years by different nomadic groups. Prehistoric people once roamed the Big Bend area, hunting and trailing food sources. Archaeologists believe these groups met at the Indian Head site for significant ceremonies and celebrations.

The abstract art on the rocks there was created by chipping, or pecking, into the rock, not painting on its surface. “It’s not the type of rock art with animals and people,” VandenBerg says. “It’s much older and very symbolic and abstract. It has starbursts and circles and undulating lines that curve around each other.”

Visitors who find damaged cultural sites are asked to alert park staff immediately but not to try to clean it off. Water with chlorine can further damage the petroglyphs.

“We’re trying to take care of these places for you,” VandenBerg says. “They belong to all of us and are part of our heritage. These are priceless things.”