A few places every Texan should visit 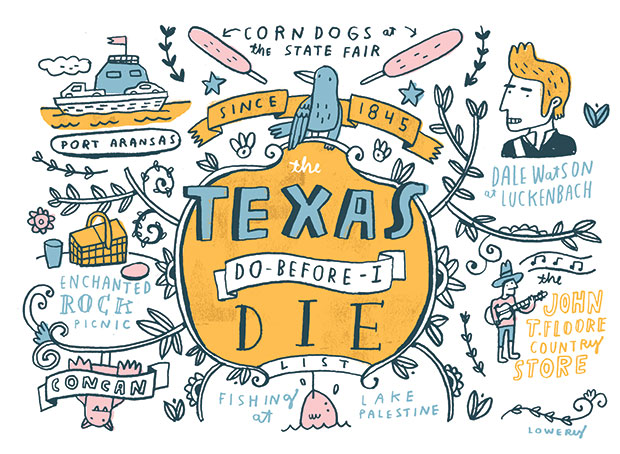 In a few weeks, I’ll become a first-time grandmother when my daughter gives birth to a son, who will go by the name of Bowen. In 1833, his sixth-great-grandfather was born in Arkansas; but as they say, he got here as quickly as he could. 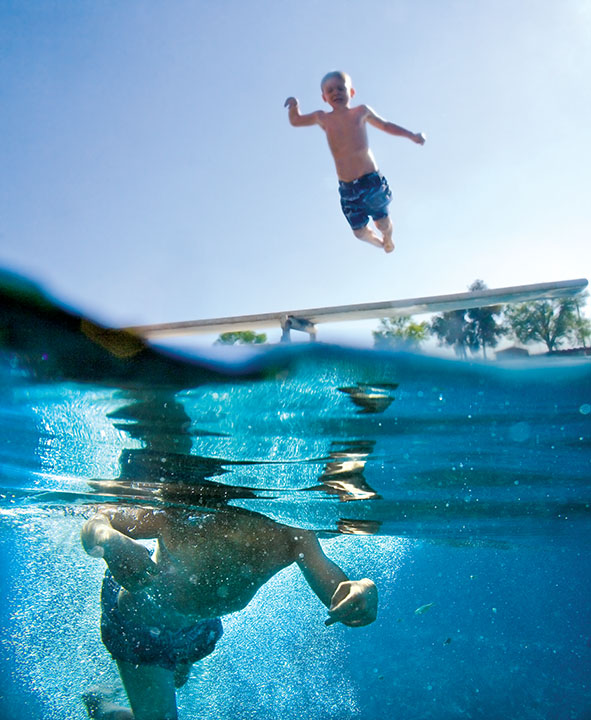 And now, eight generations later, here my grandson will be. He doesn’t realize it yet, but that makes him a very lucky boy. Like me, my daughter is a proud Texan who loves revisiting favorite destinations in the state as well as discovering new ones. But since she’s the mom, she’ll have all the serious decision-making on her plate, while I get to ponder such fun diversions as future road trips. Here’s a bucket list to get us started:

As your grandmother, I am thrilled to offer my services as your personal guide to the greatest state in the greatest country in the world. Most of us, natives and otherwise, have our own Texas bucket lists, and I have created one that covers some of what I’d like to show you and any grandkids that come along in the future.

I’m going to let you discover South Padre Island on Spring Break on your own sometime in the distant future. Well before then, I plan to take you to its northern island neighbor, Port Aransas. There’s something about riding the Aransas Pass ferry across to the island and leaving the mainland behind that lets you know that vacation has officially begun. We’ll rent a house right on the beach—nothing fancy, but with a deck where we can hang out in the evenings, with saltwater-crusted hair and sun-burnished noses, still wearing swimsuits and wrapped in sandy towels. If we plan ahead, we can be there over Independence Day and watch the fireworks over the Gulf. During the day we’ll lose track of time as we build sand castles with moats, and when we get too hot we’ll jump in the water, and I’ll take you out to where it’s up to my waist and you can’t touch the bottom. We can take a boat from the north end of the island over to San Jose (St. Jo) Island, which offers 28 miles of undeveloped natural beauty. We’ll see dolphins and all sorts of birds, and we’ll hunt for seashells and cast for redfish. Later, we’ll explore Mustang Island State Park on Port A’s south end.

Fishing has a prominent place on the agenda, including at Lake Palestine, an 18-mile-long, man-made lake on the Neches River, just southwest of Tyler, not far from where your ancestors settled in the 1880s. A few hundred miles southwest, just north of Uvalde at the southern edge of the Hill Country in Concan, we’ll swim in the Frio River one summer and then, when dusk falls, we’ll watch millions of Mexican free-tailed bats depart from Frio Cave. Deeper into the Hill Country north of Fredericksburg, we’ll picnic at the top of Enchanted Rock, a natural dome of pink granite that offers spectacular views. That manageable hike will serve as the perfect warm-up for a trip out west to Big Bend National Park—a rugged, 801,000-acre chunk of protected Chihuahuan Desert that’s as isolated and remote as anywhere else in the entire state.

The State Fair of Texas

Even during the years I (reluctantly) spent out of state, as often as I could make it happen, I made a pilgrimage with your mom, or your aunt or uncle, to Dallas for the State Fair of Texas. Every Fair-going family has their system, and ours is this: We enter at the gate nearest to the Texas Star—the 212-foot Ferris wheel that is one of America’s tallest (and will seem no less imposing as you grow bigger each year)—but we don’t ride it until the very end. We’ll make a clockwise loop all the way around the grounds, taking in the Auto Show; devouring a corny dog from Fletcher’s at the feet of the fair’s 55-foot-tall mascot Big Tex; sampling salsas at the fascinating Food & Fiber Pavilion; and admiring life-size butter sculptures and blue-ribbon jam at the Embarcadero. We’ll also check out the agility-dog show starring former strays; the petting zoo showcasing zebras alongside baby goats; and a few rides and games—all punctuated by frequent stops for the latest and greatest in deep-fried cuisine (including, God willing, 2014’s Twisted Texas Taco, a union of chicken-fried brisket, chili, fried okra, cheese, country gravy, and slaw).

As with the aforementioned Spring Break trip to Padre, I’ll let you find a more suitable escort to Austin’s yearly mega music festivals. But Dale Watson or Jerry Jeff Walker on stage in laid-back outlaw-country utopia Luckenbach? I call that date. Roger Creager pumping up a sweaty, packed-in crowd at Gruene Hall, one of the state’s oldest venues, is mine, too. And as soon as you can walk, we’ll hope to catch Willie Nelson perform at the John T. Floore Country Store in Helotes, where he got his start 50 years ago. You’ll get a kick out of the boots and antique tools hanging from the ceiling, and when you’re older, from the pithy witticisms scrawled on wooden signs around the place.

Your great-grandfather Allman and his five siblings grew up in 1940s Plano in a tiny clapboard house on the railroad tracks. These days, the lines separating Plano from Richardson and Dallas are indistinguishable, but back in his day, those few miles divided the city from the country. We can’t go back and watch your granddad play tight end for the Wildcats or show his pig for the FFA, but it all happened near Haggard Park, which today is shinier and better-kept than when I was a kid. Your granddad would be amazed to find that Plano’s 15th Street, once the home of five-and-dime and secondhand record stores, has been transformed by restaurants, trendy shops, and bars.

You are fortunate to be growing up in San Antonio, the Alamo City, where tourists flock to take in all that’s right here in our backyard. In the spring we’ve got Fiesta, an enormous citywide cultural celebration that dates to 1891, and one of the nation’s largest and most prestigious agricultural expositions in the San Antonio Stock Show & Rodeo. There’s nothing like the iconic, ever-lively River Walk lined with luminarias and lit up for the holidays. And, oh, man, the food! While you can hardly throw a rock without hitting an amazing Tex-Mex, chicken-fried-steak, or barbecue joint, I’m partial to Two Bros. BBQ Market, a northside brisket mecca with picnic tables and shade trees. We’ll drop in regularly on the way home from historic Brackenridge Park, just north of downtown and home to the San Antonio Zoo and postcard-beautiful Japanese Tea Garden.

I have only scratched the surface here. Fortunately, you have your whole life ahead of you to explore this great state’s 268,820 square miles. That’s a lot of Texas, with plenty of time to make a nice dent.