Written by: Dave Montgomery
Photos by: Will van Overbeek

Written by Art Williams, Photographs by Will van Overbeek | From the March 2017 issue | Updated: February 23, 2017 | Filed Under: TRAVEL 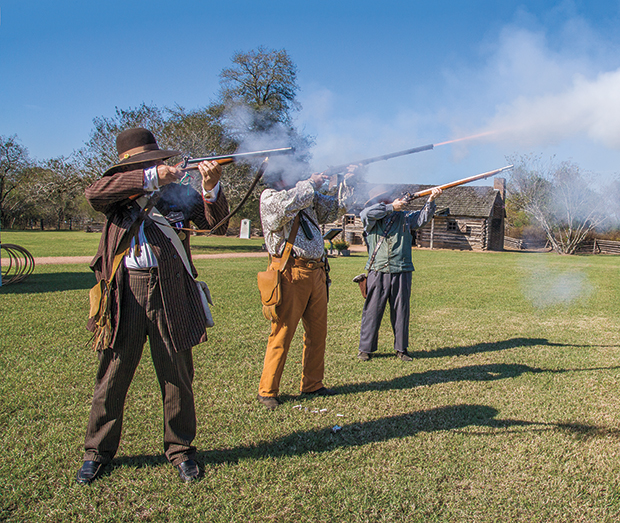 During a recent archeological dig at San Felipe de Austin State Historic Site, workers trowelled through a small, rectangular slice of land just north of the community of San Felipe in southeastern Texas. Nearly two centuries ago, a bustling frontier settlement created by the father of Texas, Stephen F. Austin, occupied this patch of prairie.

This particular dig—measuring 15 feet long, three feet wide, and about a foot deep—is excavating the site where William B. Travis practiced law in the 1830s, before he was martyred at the Alamo. Today, the only visible remnants of Travis’ law practice are pieces of red brick poking from the dirt and fragments of glass and ceramics. The dig is part of a larger effort to document San Felipe and enhance the historic site with the construction of a new museum and visitor center, scheduled to open in 2018.

“Archeologists can’t go anywhere and dig a pit and not find some evidence of the town,” says Michael Moore, a his-torian working on the project. “It’s an incredible capsule of this early era.”

From San Felipe de Austin’s founding in 1823 to its untimely demise in 1836—when a Texas garrison burned it to the ground with the approach of Santa Anna’s army—the town served as the heart of the vast colony of American settlers that Austin established in what was then northern Mexico.

In its heyday, San Felipe was Texas’ second-largest commercial settlement after San Antonio. The town was most significant for its role in planting the seeds of the Texas Revolution and hosting the revolution’s provincial government. Nearly every major figure from that era set foot in San Felipe de Austin at one time or another.

San Felipe de Austin gave birth to the precursors of the Texas Rangers and Texas’ first postal system. The first book printed in Texas came from a San Felipe printing press, though as Austin’s translation of Mexican immigration laws, it was hardly a page-turner.

Despite its rich legacy, San Felipe de Austin doesn’t share the revered stature associated with other revolutionary-era landmarks such as the Alamo, San Jacinto, Gonzales, and Goliad. Although San Felipe de Austin State Historic Site—located just north of Interstate 10 near Sealy—has preserved the historic town site for decades, the town remains unknown to most Texans.

That’s destined to change with a new $12.5 million museum and visitor center now under construction. Fund-raising is ongoing for the project, which is the culmination of years of effort by boosters, including Texas Historical Commission Chairman John Nau, State Senator Lois Kolkhorst of Brenham, former Austin County Judge Carolyn Bilski, longtime history advocate Florence Sims, and other energized volunteers.

Their intent is to make the San Felipe historic site an irresistible stop. The nearby Stephen F. Austin State Park enhances the area’s draw with 473 acres of hiking and biking trails as well as campsites. Carved from the same lush greenery that surrounded the early colonists—hardwood forests of cottonwood, hickory, and cedar elm trees that slope down to the Brazos—the park is scheduled to reopen by March after damaging floods in April and May 2016 forced its temporary closure.

“One of our goals with this project is to position San Felipe de Austin alongside the other significant sites that Texans and visitors to our state immediately think about when they travel to experience the Texas Revolution story,” says Bryan McAuley, director of the historic site. “We want it to be uttered in that same breath.” 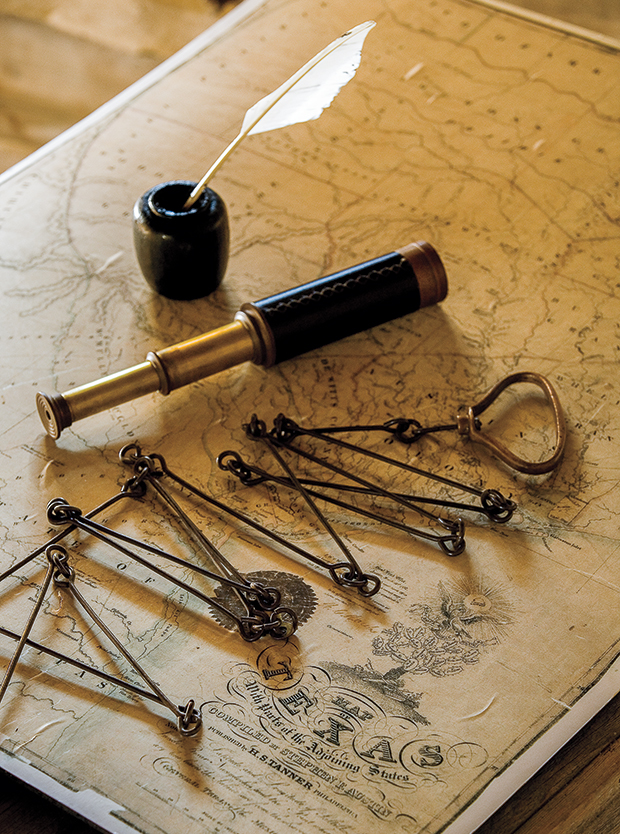 Although post-revolutionary San Felipe attempted to rebuild and served for a while as the Austin County seat in the mid-19th century, it never regained its former glory. Contemporary San Felipe (which locals pronounce as San Phillip) is a rural community with fewer than 1,000 residents. Mayor Bobby Byars describes the town as a personable place with a “country atmosphere.” Byars—the first African-American mayor in San Felipe and surrounding Austin County—is the great-great-great grandson of Celia Allen, a slave at San Felipe de Austin who ultimately won her freedom.

Created in 1940, San Felipe de Austin State Historic Site encompasses the old town site, although most of 19th-century San Felipe’s remains are still buried. Over the past 10 years, the Texas Historical Commission’s intermittent archeological digs have uncovered various artifacts, including bricks, ceramics, nails, lead-print type, and glassware, much of it fused together from the intense fire that destroyed the town in 1836.

The historic site offers group tours of the old town site, which is now a flat, grassy prairie hemmed by woods and the elevated banks of the Brazos. Stops include a 16-foot bronze statue of Austin, a 16-foot granite obelisk, a replica of Austin’s log cabin, and the 1847 Josey Store, where panels chronicle San Felipe history.

“You’re actually standing on top of a historic street,” McAuley informs a tour group from Houston as they gather near an 1830s-era well protectively encased in concrete. In its prime, McAuley explains, San Felipe de Austin was “a real hotbed of early Texas history.”

San Felipe de Austin grew out of Austin’s agreement with Mexico to grant land to settlers from the United States as part of a colony that ultimately spread across 6 million acres. Austin selected the site for the colony’s capital because of a nearby Brazos River ferry crossing and the location’s fertile soil and high, defensible bluff.

By 1828, the town included three general stores, two taverns, a hotel, a blacksmith shop, and Austin’s incessantly busy land office. Most of the 40 or 50 buildings were log cabins. The population, which included slaves, numbered about 200 in 1828 and grew to about 600 on the eve of the revolution. Males outnumbered females 10 to 1.

With rising tensions between the colonists and the Mexican government, San Felipe de Austin became the site of two Texian conventions in 1832 and 1833 and a final Consultation in 1835 that fanned the revolution and led to the eventual signing of the Texas Declaration of Independence at Washington-on-the-Brazos on March 2, 1836. The town was torched on March 29, 1836, to keep it from falling into the hands of Santa Anna’s advancing forces.

Visitors nevertheless can still get a taste of the hardscrabble life of colonial San Felipe as they wander into the weathered replica of Austin’s log cabin—two rooms separated by a dirt breezeway—or explore the white-framed Josey Store visitor’s center. The unfurnished cabin has a fireplace in each room, including one that would have served as a bedroom and another that might have functioned as a living or storage room—or in bachelor Austin’s case, as his land office.

The store was erected in 1847 as San Felipe attempted to rebuild following the revolution. It was later purchased by local physician J.J. Josey. Various owners moved the building several times before it opened as a museum near its original site in the 1960s.

One centerpiece display in the Josey Store is an 1839 cast-iron press virtually identical to the one that Gail Borden—the future inventor of condensed milk—used to publish the Telegraph and Texas Register, the San Felipe newspaper that chronicled the revolution. Free reprints of historic newspaper issues are popular with visitors.

At an October groundbreaking for the new museum, Nau said the 10,000-square-foot facility will feature exhibits exploring Austin’s life, the story of the colony, and its role on “the road to the Texas revolution.” Visitors will be able to step out onto a large outdoor plaza bearing a map based on Austin’s original 1824 plat of the town. Other highlights will be outdoor interpretative displays, rotating exhibits, and space for educational and research programs.

Now, those who have grown up with the stories of San Felipe are eager to share them with others. “We have a lot of history in our town, and it just hasn’t been exposed,” Byars says. “I think our visitors center is going to get us out there on the map and let people know it all started right here.”