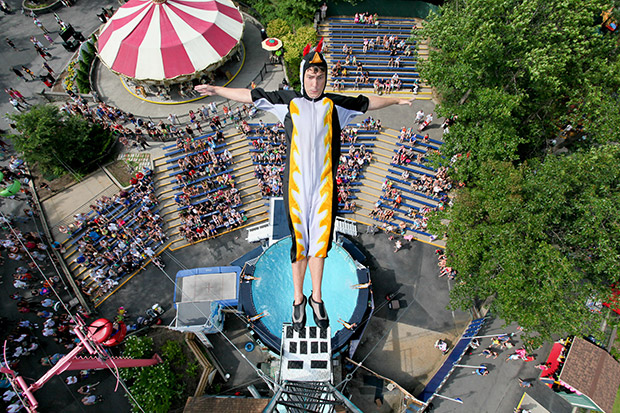 It’s fair season, y’all! Cooler weather means that grounds across Texas are setting up their spinning ferris wheels, grooming their livestock and revving up their deep-fryers in anticipation of some Texas sized celebrations.

The biggest of them all is the State Fair of Texas in Dallas, which runs Sept. 30-Oct. 23. There’s certainly the annual anticipation of the new fried-food line up, rides, the midway and the Red River Showdown Cotton Bowl game between University of Texas–Austin and Oklahoma University. There’s also the annual butter sculpture, the Lords of Gravity Basketball Slam Dunk Show and the Zuzu African Acrobats. This year also brings exclusive attractions, such as “Michaelangelo’s Sistine Chapel – The Exhibition,” where art lovers can bypass international air fare to see this full-scale, photographic replica of the masterpiece. This is the exhibit’s first American appearance. For visitors with a different artistic inclination, there’s the Taylor Swift Experience. The exhibit, featuring memorabilia, instruments, hand-written lyrics and more gives fans an insde look at the singer’s musical journey. 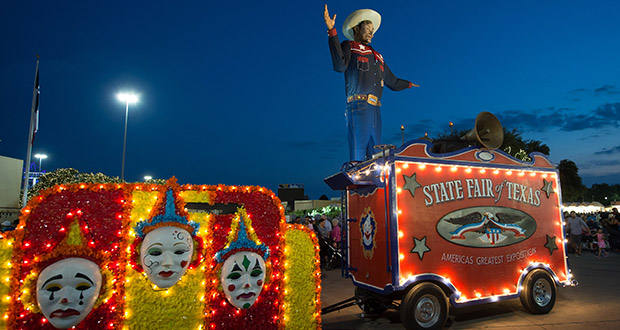 The Washington County Fair in Brenham celebrates 148 years this year.

Touting itself as the first county fair in Texas, the fun starts this year on Sept. 10 and runs through Sept. 17. Expect rodeo events, live music, a Texas Parks & Wildlife “Critter Exhibit” and more. 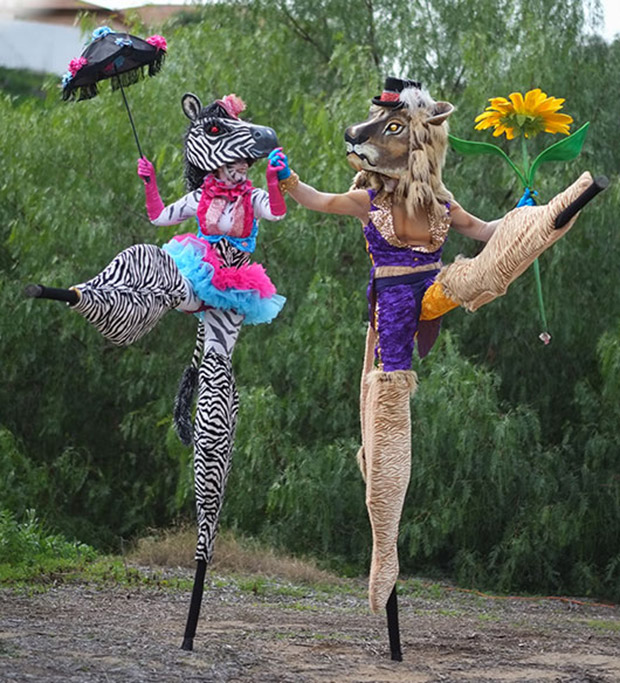 The East Texas State Fair, set for Sept. 23-Oct. 2, is in its 101st year and is the longest running event in East Texas. The event is so popular, it attracts three times the population of its host city, Tyler! New this year to the East Texas State Fair? A “Miracle of Life Birthing Center” — with up to 10 baby calves being born at the fair this year, there’s a good chance you might be there to witness one as it happens. Along with quintessential fair food and festivities, you also can see a sword swallower, high-dive show, stilt walkers, free concerts and more.

Here’s a round-up of some other spots around the state to get your fair share of thrills. Because after all, what’s fall, really, without a day of deep-fried treats and tractor pulls?

The West Texas Fair & Rodeo Parade kicks off with a parade through downtown that ends at the fairgrounds. There, you’ll find a carnival, contests, PRCA rodeo and much more.

If you happen to be there on the 15th, you’ll catch the highly anticipated crowning of Miss Gregg County 2016.

Covering both sides of the Wichita River, this fair has been going strong for 22 years after the Founder Lions Club reestablished The Texas-Oklahoma Fair, which began in Wichita Falls in 1922.

A washer tournament, pageant, rodeo, barbecue cook-off, and car show means that there’s something for everyone in Columbus.

Plenty of traditional and non-traditional fair activities happen every year at the Fort Bend County fair, from a duck pond to “Grapes on the Brazos,” a highly styled wine event that happens right on the fairgrounds.

Since 1953, this 501(c) nonprofit has been giving Central Texans entertainment, education, agricultural experiences and, of course, a bustling fair.