Just Passing Through: Brownsville’s Wild Side 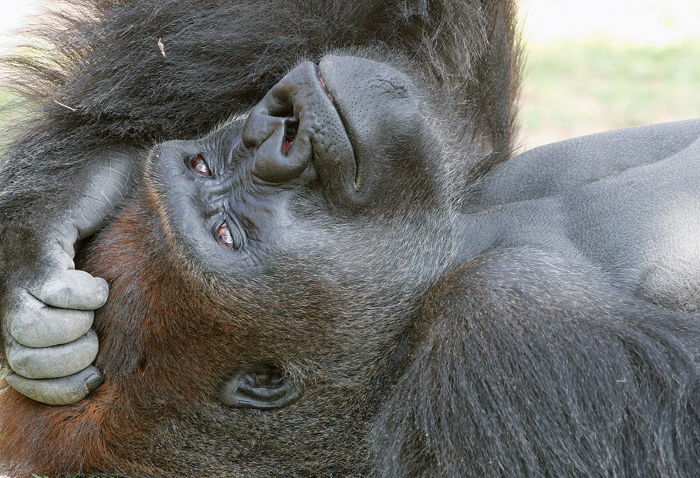 The picturesque, covered entrance on Ringgold Street in Brownsville gives little hint of the lush, subtropical expanse inside, or the more than 1,600 animals that call this special enclave home. Welcome to the 31-acre Gladys Porter Zoo, completely planned, built, and stocked by the Earl C. Sams Foundation, and then donated to the City of Brownsville in 1971.

Visitors often remark on the abundance of natural water here. A resaca, or oxbow lake, created when the nearby Rio Grande changed course, meanders through the property. When this source of water was channeled, islands, ponds, and other features within the zoo’s landscape took shape. These bodies of water not only serve to physically divide different areas of the zoo, they also create natural exhibits all their own, populated by turtles, fish, prawns, and other denizens of South Texas waterways. The water habitat also attracts wild birds, including chachalacas, egrets, red-crowned parrots, kiskadees, kingfishers and woodpeckers.

“We are a must-stop for birders, with many natives and migrants here,” says Director Dr. Patrick Burchfield. “In fact, the zoo is identified as a birding-trail site by the state of Texas.”

Burchfield points out that the zoo is also a botanical garden, featuring native plants as well as rare specimens such as colorful Hong Kong orchids, Royal Poinciana, and aptly-named shaving brush trees. Beautification plans also include expanding the zoo’s plantscape. Staff have already installed more than two dozen palm trees on the grounds and are in the midst of an ambitious botanical florascape project, which will include a booklet describing the zoo’s native and exotic plants. “Ultimately, the book will have a section on plants native to the four surrounding counties, and a section on plants found outside our area,” says Burchfield.

Of course, people expect to see exotic animals in a zoo, and this one doesn’t disappoint. In addition to four geographic areas representing Asia, Africa, Tropical America, and Indo-Australia, the Gladys Porter Zoo has a herpetarium that houses snakes, lizards, turtles, and crocodiles. A free-flight aviary, currently under renovation, will have spectacular new birds when it opens this summer. Already, brightly feathered blue-and-yellow and military
macaws, crested caracaras, and stately king vultures inhabit Macaw Canyon, a replica of a real canyon in Tamaulipas, Mexico. Many of these birds were rescued from smugglers at the U.S.-Mexico border, just a few blocks from the zoo.

Accredited by the Association of Zoos and Aquariums in 1978, the zoo participates in more than 40 Species Survival Plans, which help match potential mates and track offspring worldwide. One of Gladys Porter Zoo’s SSPs is for Western lowland gorillas. The zoo’s original pair, Lamydoc and Katanga, were the last legally caught-in-the-wild gorillas to come to the U.S. “Lamydoc, the male, and Katanga, the female, were brought in as six- and five-year olds,” says Burchfield. “We hoped they would impart behavior learned in normal socialized groups on their offspring, of which they’ve produced 15. There had been a problem in breeding gorillas, because animals taken as infants and raised in human households had no knowledge of normal gorilla social behavior.”

The long-term hope with Species Survival Plans is that someday, given the right conditions, some animals can return to the wild. Realistically, safe wild habitat will never again exist for many animals, but accredited zoos continue to carefully manage genetics and maintain normal social situations. The more intelligent the animal and complex the behaviors, the more difficult it is to re-introduce it to the wild, Burchfield explains, so he and his staff strive to maintain natural conditions as much as possible.

The Gladys Porter Zoo’s gorillas live in a family group, just as they would in the wild, with 12 gorillas representing three generations. “If you want to see lots of gorillas, come see them here,” Burchfield says. “We have mothers with babies, teenagers, and adults.” Visitors can also still see Katanga and Lamydoc in their adjacent quarters. Burchfield calls the patriarch Lamydoc “the most magnificent male gorilla any of us had ever seen.” He says, “Gorillas have different facial characteristics, just like humans, and he’s a handsome guy.”

Last summer, six tiger cubs (four of them white), likely bound for the entertainment industry in Mexico, were confiscated and eventually signed over to the zoo. They originally appeared in the Small World exhibit, which features baby animals, miniature creatures, and tame livestock. However, the tigers have outgrown those quarters and will soon move to the zoo’s regular tiger exhibit, where the public can watch them mature into adults.

The zoo’s new, 6,000-square-foot Russell Aquatic Ecology Exhibit is scheduled to open in 2011. It will include a shark encounter, a Southern and Atlantic stingray touch pool, native salt and freshwater fish displays, and mangrove, grassbed, and jetty habitats, along with the diverse and fascinating species that reside in them. Between visiting the zoo animals and observing the lush plants that grow here, the Gladys Porter Zoo is the perfect place to go wild.