Where to see captive sea turtles in Texas 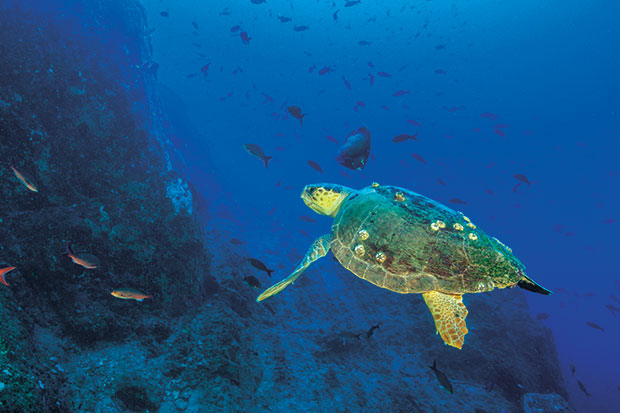 While nothing matches meeting a wild sea turtle on a beach or in the ocean, coming face-to-face with one in a rehabilitation or educational facility is also a thrill. It’s also easier and drier. Here are several places to see captive sea turtles in Texas:

See sea turtles in the wild or catch a sea turtle hatching release.

This nonprofit center on South Padre Island treats injured turtles and offers daily presentations to meet its non-releasable residents, including one-flippered Allison, a green sea turtle that wears a special wetsuit with a dorsal fin. The open-air facility has informative displays and a gift shop selling goods that provide alternate income to those living near nesting beaches around the world. Rehab releases on a nearby beach are scheduled a couple of weeks in advance, while hatchling releases are held as conditions merit.

On Thursdays by appointment, the National Oceanic and Atmospheric Administration Southeast Fisheries Science Center offers tours (limited to visitors age 7 and older) that include a presentation about Flower Garden Banks National Marine Sanctuary and the center’s research on turtle-friendly fishing gear, as well as a visit to the captive turtle rearing facility, which houses hundreds of turtles. Anytime you find a turtle onshore or catch one while fishing, call 866-TURTLE-5. Hooked sea turtles may have hooks inside their bodies, which the hospital can remove.

Home to sharks, rays, many species of reef fish, seahorses, and other marine species, this aquarium also houses three sea turtles unable to return to the wild: greens Boomer and Eddie and Squirt, a Kemp’s ridley. Visitors can learn more about them at daily education talks and feeding times.

Stranded sea turtles come to this research laboratory and rehabilitation facility to grow stronger prior to release. In the outreach center, watch the turtles in their tanks through large windows and via live-streaming cameras. A sea turtle skeleton hangs from the ceiling, and a display contains debris that harmed specific animals in the facility. The bookstore sells T-shirts bearing images of marine life, including sea turtles, with the proceeds helping fund turtle food. The public is invited when a recovered sea turtle is released onshore.

This facility adjacent to Packery Channel Nature Park on North Padre Island rehabilitates and releases injured and stranded sea turtles. Visitors can see recuperating Kemp’s ridley, green, loggerhead, and hawksbills swimming in tanks behind the building; educational displays inside; and other rescued animals including raptors and reptiles.

Six resident sea turtles here include a Kemp’s ridley, a hawksbill, a loggerhead, and three greens. Observe the turtles through windows in their circular habitat and learn more about them at the daily “Turtle Tales” program (check website for times). Aquarium staff members work with federal officials to decide when turtles can return to the sea, with releases handled by the U.S. Fish and Wildlife Service and other agencies. Typically, releases occur far offshore.