In Texas City, Boyd’s One Stop Goes Bonkers for Crawfish 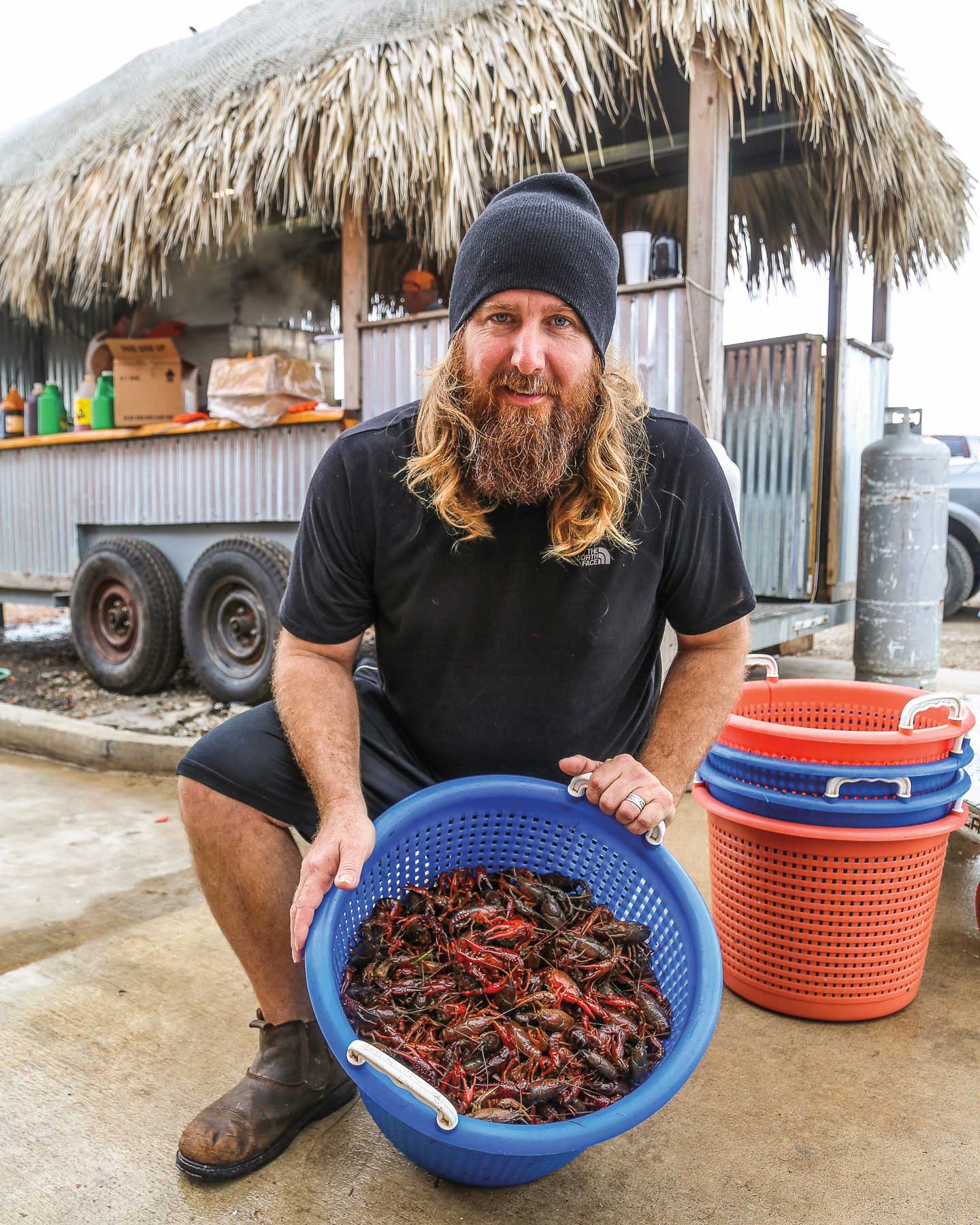 As I pull onto Dike Road from Texas City’s Bay Street in the pastel dawn, bright pops of neon signage and illuminated billboards lead the way to Boyd’s One Stop and Cajun Grill Express. As most of the awakening city’s residents stumble toward the coffeepot, Boyd’s is already an anthill of activity. Anglers—some towing sleek bay boats, others with roof-racks stacked with kayaks—vie for parking slots. Parents with bright-eyed youngsters and bait buckets stream through the bait shop’s door. 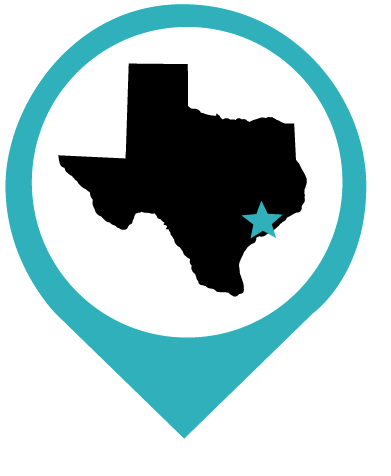 Others, like me, line up along the front sidewalk on this Wednesday morning thanks to the text we received yesterday, which promoted live Louisiana “swamp red” crawfish on sale by the 30-pound sack for just 83 cents per pound. Or, after Boyd’s Cajun Grill Express opens at 11 a.m., we can order ’em fresh-boiled and ready to eat for just 84 cents per pound more. Boil-at-home crawfish prices during the season, which runs from January to August, can vary from a high of $4.49 per pound when they’re scarce to as low as 49 cents per pound during late spring when they are the most plentiful. I pounce when the price drops below a buck a pound.

The shop swarms with customers. A half-dozen teenagers huddle by the counter as the clerk processes their fishing licenses. Behind them, several gentlemen playfully argue about the efficacy of various lures while a father and son wait for bait shrimp, a bucket in hand. To the left of the cashier, atop billowy mounds of crushed ice, are several sizes of table shrimp, sacks of crawfish, and live blue crabs, along with fresh flounder, sheepshead, and drum.

True to its name, Boyd’s One Stop sells just about anything you might need for a day of fishing and relaxing on the Texas City Dike, a roughly 5-mile-long dike built in the early 1900s to protect the Texas City Channel from silting in and crosscurrents. You’ll find drinks, snacks, caps, sunscreen, sunglasses, flashlights, rain slickers, fishing rods, fillet knives, and spice blends.

Behind a glass door in the miniscule kitchen of Boyd’s Cajun Grill Express, several cooks prepare to boil a vat of crawfish. On busy days, they often cook 4,500-6,000 pounds of mudbugs. In addition to boiled crawfish, the grill serves sandwiches and seafood dishes ranging from fish tacos to gumbo. My current favorite is the Buffalo Shrimp Po’ Boyd ($8), which features a hoagie roll stuffed with fried Gulf shrimp, hot Buffalo sauce, ranch dressing, lettuce, tomato, and onion. The grill offers counter service only, so diners take their food to an outdoor alcove of bar stools and wooden counters, palapa-shaded picnic tables, or spots beneath a large white party tent.

To the left of the cashier, atop billowy mounds of crushed ice, are several sizes of table shrimp, sacks of crawfish, and live blue crabs, along with fresh flounder, sheepshead, and drum.

The twin businesses date to 1968, when local angler Gene Boyd opened a shrimp business and bait camp here. In the late ’80s, current owner Jason Cogburn worked here as a teenager. Back then, Boyd’s One Stop and several other bait shops lined Dike Road. When Boyd retired around this time, Boyd’s One Stop remained relatively unchanged under new owners until Cogburn bought it in 1999.

Cogburn, who had experience in the shrimp business, intended to stay the course with shrimp and bait. But on Sept. 13, 2008, Hurricane Ike scoured away all the businesses and structures on the dike—and even most of Dike Road itself. Boyd’s, which occupies a sheltered spot behind the levee protecting Texas City, lost power and sustained some wind damage, but Cogburn had a bigger problem: No dike meant no dike fishermen needing bait. He needed to come up with a new business plan, fast. And a sustainable one, as it would be nearly two years before the dike would reopen.

Cogburn maintained Boyd’s by focusing on the seafood market side of his business—mostly shrimp. But as costs rose and supplies shrank over the next decade, the shrimp’s freshwater cousin, the humble crawfish, skyrocketed in popularity throughout the Houston area, fueled by an insatiable demand for both Cajun and Vietnamese preparations.

“Fun is the common denominator,” says Cogburn, who today sports a full, reddish-blond beard and tousled golden locks that spill halfway down his “We Brake for Boyd’s Crawfish” long-sleeved T-shirt. “Crawfish—in any culture—means party.

“In Houston, the crawfish boil has replaced the backyard barbecue,” he continues. “We sold upward of 5 million pounds of crawfish in 2017, up from 1.2 million in 2014.”

Boyd’s One Stop now supplies about 80 H-E-B stores, along with numerous other restaurants and markets, deploying its own truck fleet to bring the ’bugs from crawfish farms in Louisiana to Texas City, and from there, to its customers throughout Texas. Cogburn is currently building a 30,000-square-foot warehouse adjacent to his current business, and once it’s completed, he’ll begin work on a restaurant that will replace the current Boyd’s Cajun Grill Express, along with an expanded seafood market and bait-and-tackle store.

“Dealing with a live product has its challenges,” says Cogburn with a smile and a shrug. “The No. 1 factor is availability: If I have ’em, I can move ’em. You have to be aware of moon cycles, temperature changes, any triggers that might cause them to molt, or worse, die.”

But Cogburn—who has arguably bought and sold more live shrimp than anyone on the Texas coast, earning him the moniker of “The Shrimp King of Texas”—remains undaunted.