Life Lessons Behind the Wheel 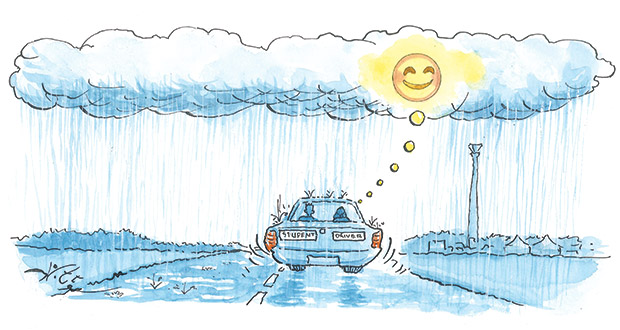 You wonder what they will remember.

My son has traveled with me since he was an infant, making his first journey at the age of six weeks, swaddled and tucked into the bow of a canoe as I paddled into an archipelago of islands in upstate New York. Journeys all over the world followed, but when we moved back to my hometown of Fort Worth, the majority of our travels became Texas road trips. We called them adventures.

“Elliott, let’s go on an adventure,” I’d say, and he’d fill his backpack with whatever provisions were key to happiness at the time: flashlights, duct tape, Japanese cookies, favorite books, and once, Hamtaro the hamster.

As Elliott grew, books were replaced by electronics and conversation dwindled. And yet, on many journeys the Gameboy was stowed as soon as the scenery changed. When his focus turned to whatever was whizzing by outside, he’d start to talk. Those are the trips I remember best, the ones that inspired his observations and questions and musings.

Elliott became a boon travel companion, road-ready and open to new experiences, capable of rebounding from disappointment, resourceful and smart. Those skills were openly on display at age 15 when, traveling home alone from Germany, he missed a flight in Madrid, and ended up having to scramble for overnight accommodations. I was frozen with anxiety when he called to tell me he was negotiating for a flight out of a different airport—and the phone went dead. By the time he called back, he had it all covered. He proved himself savvy and resilient on that trip, but my best memory is the huge bear hug I received at the airport when he finally made it home.

A public display of affection from a teenage boy is a priceless treasure. My company had become exponentially less desirable to Elliott from the day he turned 13. In high school, “No, thanks” became a standard response to spontaneous suggestions he join me on the road. I learned not to take it personally. But like Odysseus, your teen comes back to you in time. What triggered a return for Elliott was his desire to obtain a driver’s license. Practicing for his test returned us to our weekend ritual of discovery drives.

Early this spring, the rain relentless, I suggested he needed experience driving on wet roads. He suggested an adventure. I said I felt like heading out to Thurber, the ghost town west of Fort Worth that was once famous for manufacturing bricks and mining coal.

After about 20 minutes of companionable silence, my son began regaling me with his favorite travel memories: catching his first fish at Lake Lexington, the windowless cave of a room we’d holed up in at Trois Estates near Enchanted Rock, how the Marfa lights continue to inspire his imagination, the magical silence of a Cap Rock roadside park.

As he talked, I relaxed into a style of traveling that’s new to me: soaking in the view out the side window as someone else drives. I leaned back to take in the blur of bluebonnets, noted a hawk shrugging on fence post. Elliott’s chatter became a happy soundtrack.

But as we exited at Thurber, he jolted to a stop. In the middle of the access road. My assertion that Thurber is now little more than a wide spot boasting a population of 3 (or maybe 5) was not something he expected to be literally true. Pulling off I-20, he focused on the solitary brick smokestack—nearby, the cinematic neon of the SmokeStack Restaurant flashed through the streaming rain. The scene stopped him in his tracks. “You do realize you are still on an active roadway, son?” I asked, perhaps a little shrilly, just as an aggressive horn blast motivated him to hit the gas. We fishtailed into the restaurant parking lot.

Adventures with new drivers open up a whole new world of excitement.

I asked him to drive around a curve to the historic Thurber cemetery, with 1,000 gravesites—many unmarked and most the resting places of children. A few years ago Elliott would not have joined me beyond the gates, but this trip he was as intrigued as I always am by the historic markers, the lacy ironwork fences, the fragmented stories of immigrants and epidemics. We wandered for an hour in the drizzle, the only two living souls on view.

Coffee and stew and a famed buttermilk pie at the SmokeStack followed. It was a remarkable day. Lessons were learned about steering into a skid, keeping your wits about you when rain turns to hail, when to pull over and when to keep going.

I learned something too. I realized during that muddy spring adventure that a driver’s license will untether my son. He is poised for adventures that are exclusively his own to chart. I think he’s ready. So am I.