Snowfall on the Little Red River Valley in the Panhandle Plains 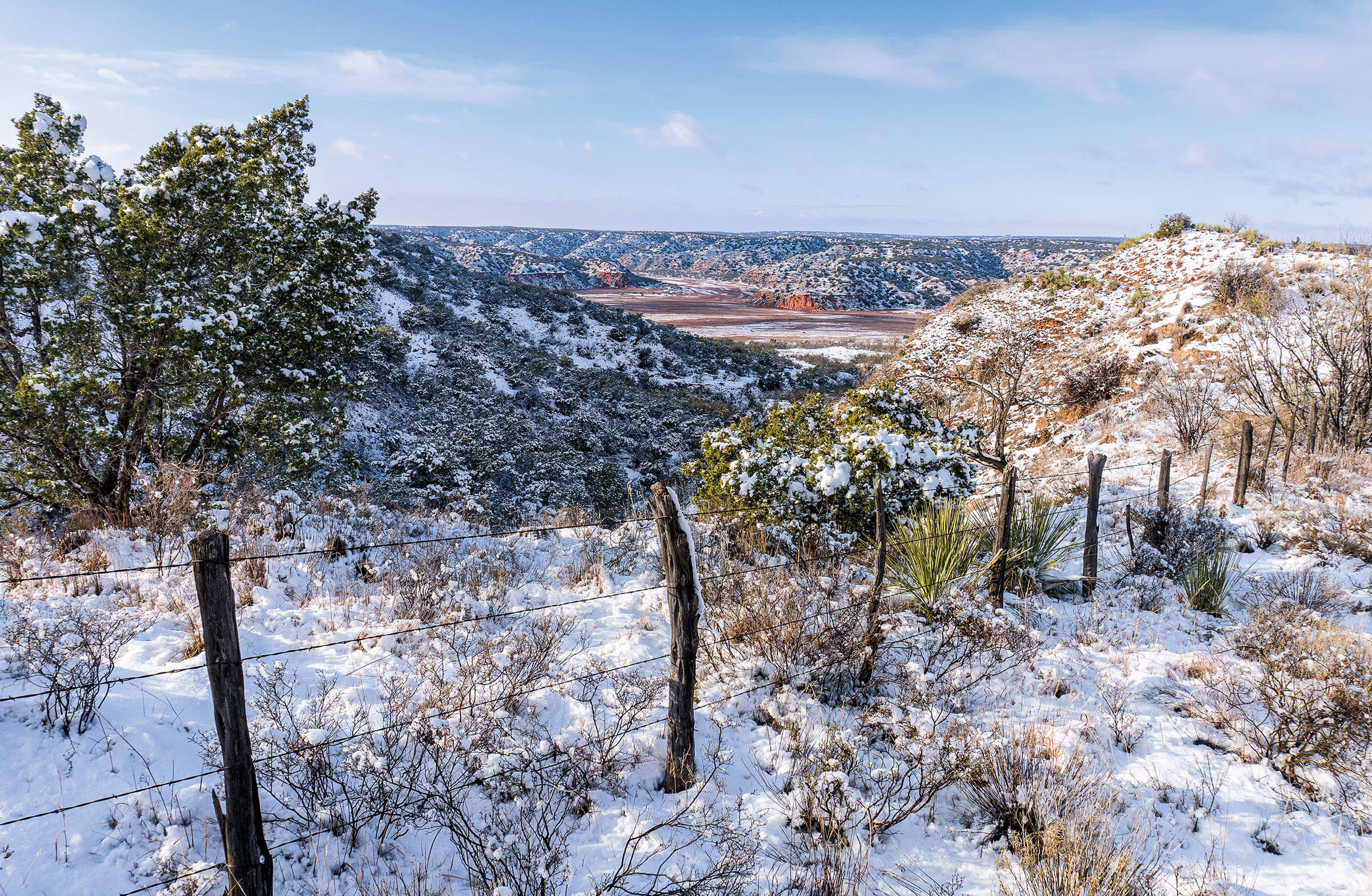 Photographer Darren Huski was camping at Caprock Canyons State Park when he woke to blizzard conditions on a frigid day in December 2020. He spent the morning taking pictures around the park before departing midday to make the five-hour drive home to Fort Worth. As Huski traveled south on State Highway 70 toward Turkey, the sun broke through overcast skies, casting fresh light across the winter landscape of the Little Red River valley. Huski says he ended up spending four hours driving up and down SH 70 taking pictures of the valley’s red canyon walls and riverbed. From Caprock Canyons, the Little Red River extends about 30 miles east and joins the Prairie Dog Town Fork of the Red River near Estelline. “The conditions were perfect,” Huski says. “I ended up not getting home until midnight, but when you have nice snow in Texas you’ve got to act quick because it’s not going to stick around.”