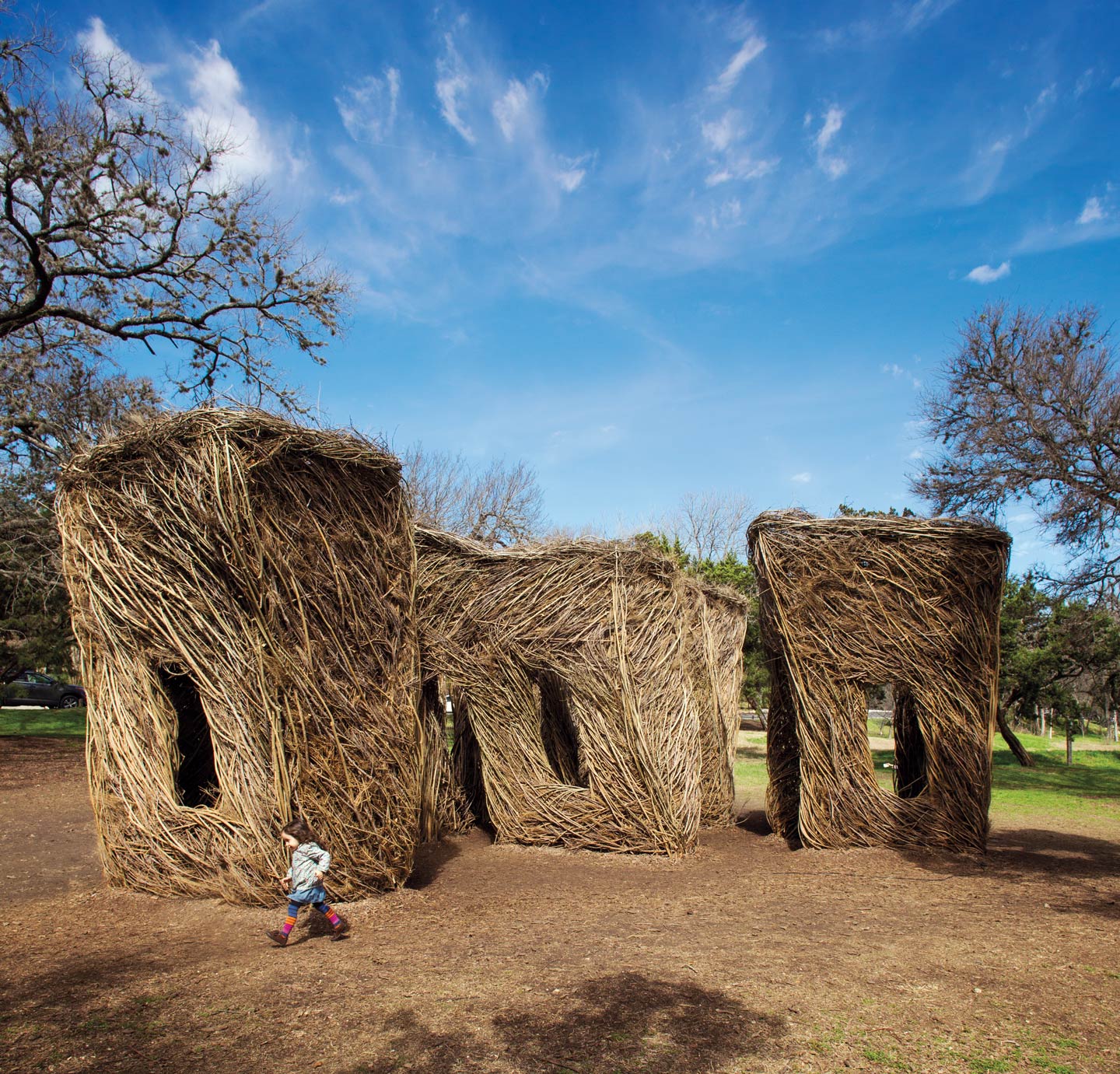 Nestled among the trees in a beloved Austin green space along Shoal Creek, a playful contemporary art installation has infused new life into one of Texas’ oldest public parks.

With the help of local volunteers, world-renowned artist Patrick Dougherty built five larger-than-life wood sculptures over a period of three weeks in Pease Park this past January. The work comprises 10 tons of ligustrum, Roosevelt willow, and ash, stripped of leaves and woven together to create a magical village that evokes a dark fairy tale. Commissioned by the Pease Park Conservancy, the structures will stay in place for only a few years, until nature takes its course. Since 1975, Dougherty has created nearly 300 site-specific sculptures on four continents—roughly one per month—but only a handful are still standing (he constructed a similar art installation at Houston’s Hermann Park in 2014, which lasted 20 months). Once Yippee Ki Yay reaches its eventual demise, its remains will be chipped and reused as mulch in the park.