Written by Tyson Bird, Photographs by Sean Fitzgerald | From the May 2020 issue | Updated: April 27, 2020 | Filed Under: Photography 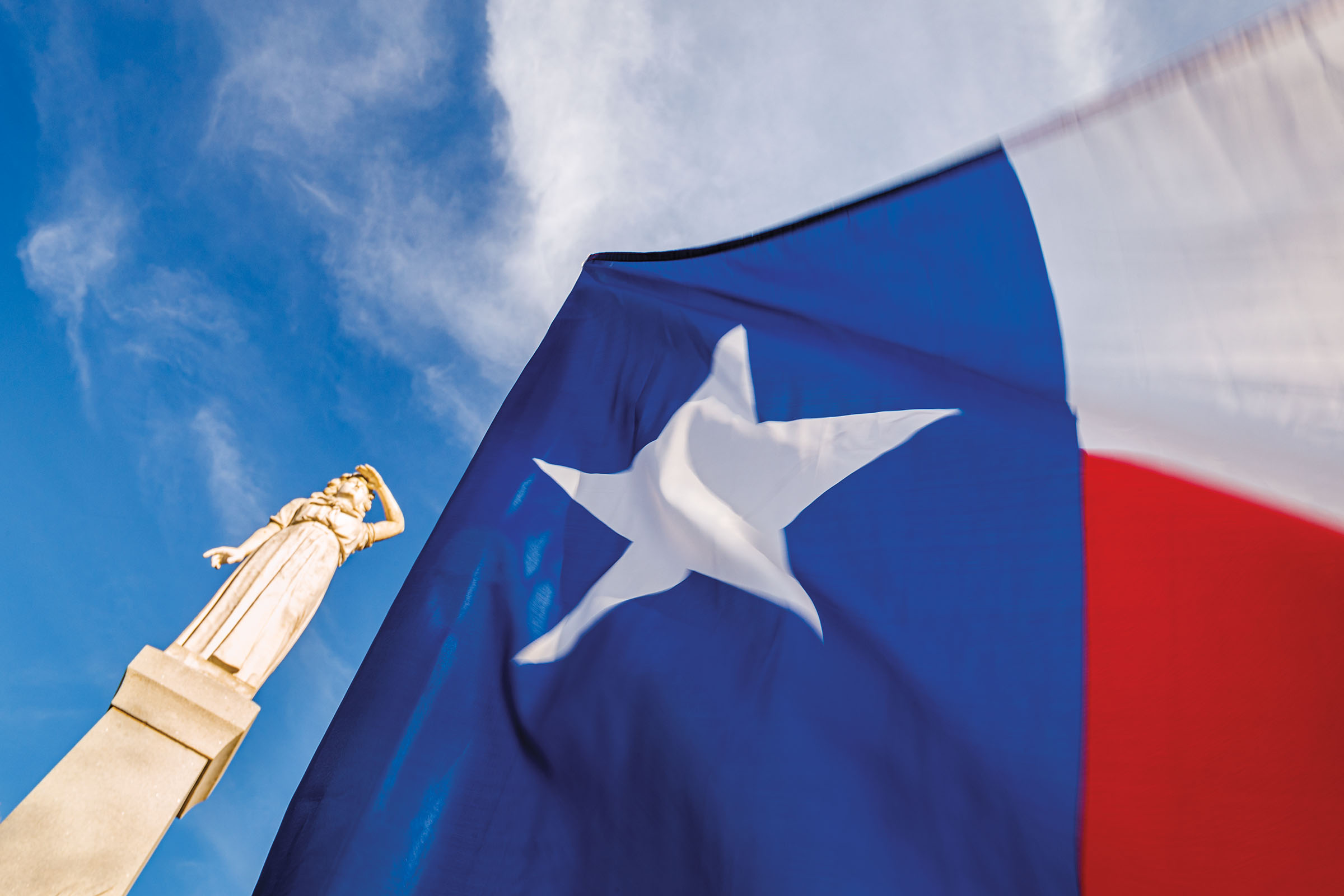 Nearly two decades after Davy Crockett was killed in the Battle of the Alamo, his second wife, Elizabeth Crockett, moved from Tennessee to the North Texas town of Acton to claim a land grant. When she died in 1860, her relatives interred her in the Acton Cemetery, where a statue was erected in 1911. Her grave later became the Acton State Historic Site, the smallest historic site in Texas. “I spent a few minutes there thinking about what it must have been like once she realized her husband had sacrificed himself for Texas,” says Sean Fitzgerald, a Dallas-based photographer.

“I like how the wind had spread the flag out perfectly with just a bit of ripple in the fabric to suggest the turbulence of those times.” Upon news of her husband’s death, Elizabeth reportedly wore widow’s black for the rest of her life.