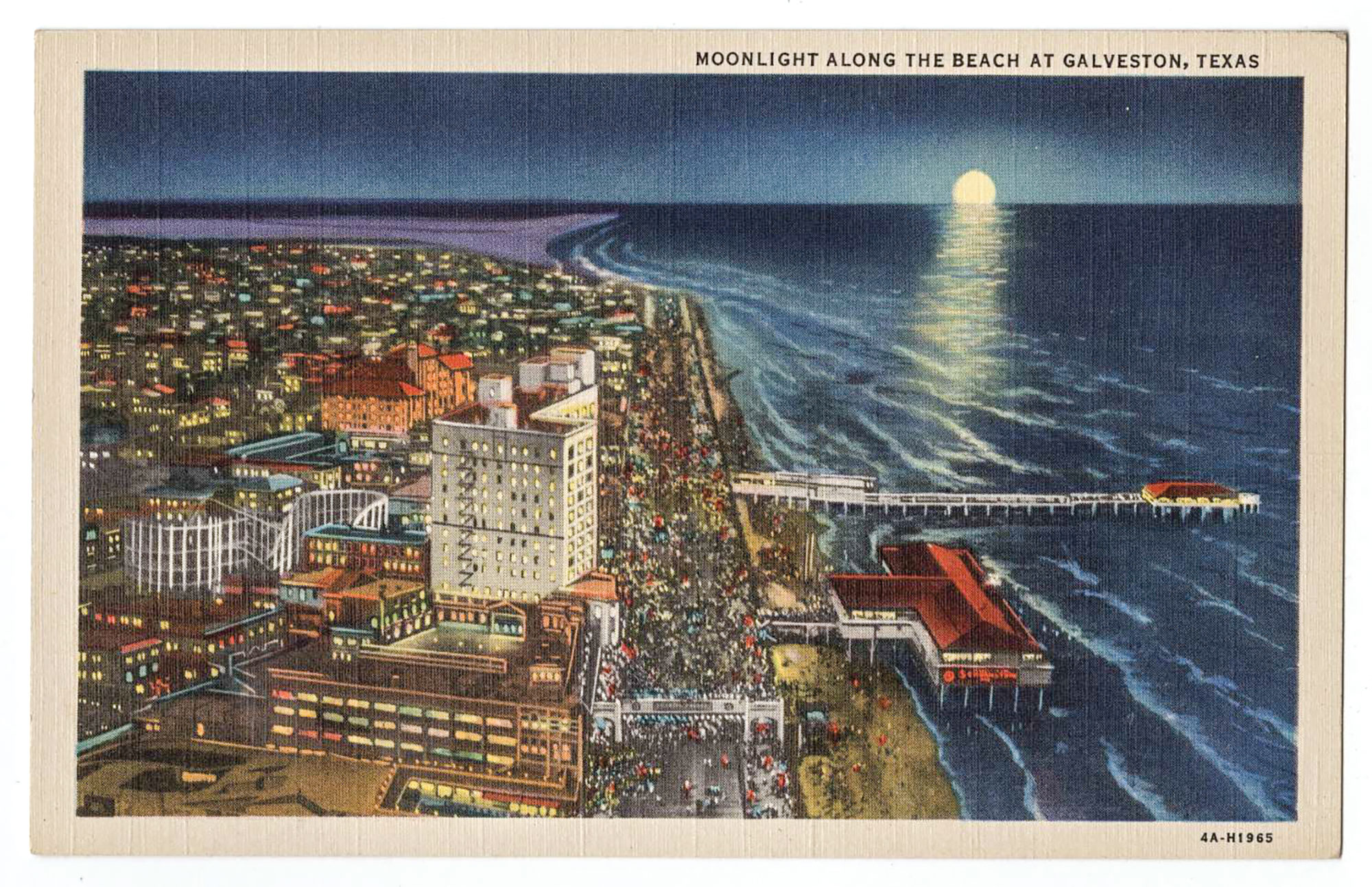 The balmy excitement of a summer evening on Seawall Boulevard suffuses this vintage Galveston postcard. While the image is undated, the buildings point to the era of the 1940s and ’50s. Existing landmarks include the seawall, which the city constructed after the hurricane of 1900; the 1911 Hotel Galvez, still in operation; and Murdoch’s Bathhouse, a souvenir shop that has been rebuilt multiple times since the late 1800s. The postcard also depicts landmarks lost to time: the wooden Mountain Speedway roller coaster, built in 1921 and knocked down after Hurricane Carla in 1961; the 1929 Buccaneer Hotel, an 11-story building demolished in 1999; and, stretching over the water, the 1923 Balinese Room, a pier that succumbed to Hurricane Ike in 2008 and was famous for its history as an illegal casino.