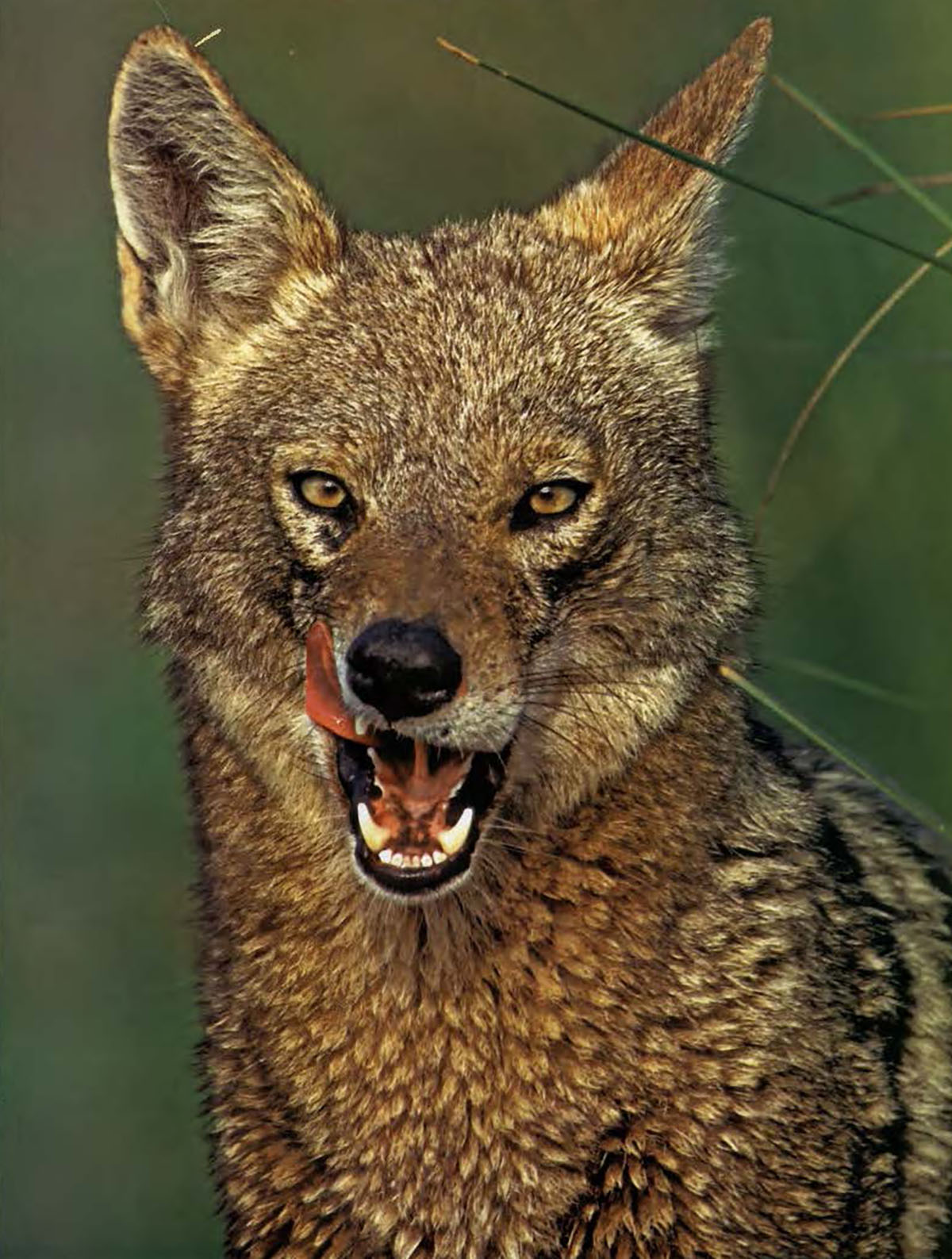 I spent several mornings in a blind on a Kenedy County ranch photographing vultures as they fed on the carcass of a feral hog. On the second morning a pair of coyotes cautiously approached. After more than an hour, one of the coyotes approached the carcass to feed. I got several shots, but my favorite was this shot as he licked his chops.
Texas harbors an astonishing array of wildlife and is often called a biological crossroads because the state blends eastern flora and fauna with representatives from the west. Northern species reach the southern limits of their range in Texas, while many others venture no farther north than South Texas and the Rio Grande Valley. The Piney Woods of East Texas, the grasslands of the Panhandle, the scenic Hill Country of Central Texas, the mountains and deserts of the Trans-Pecos, the Coastal Prairie, and the remaining thorn-scrub forest tracts along the Rio Grande all contain their own complement of wildlife, some found nowhere else in North America. 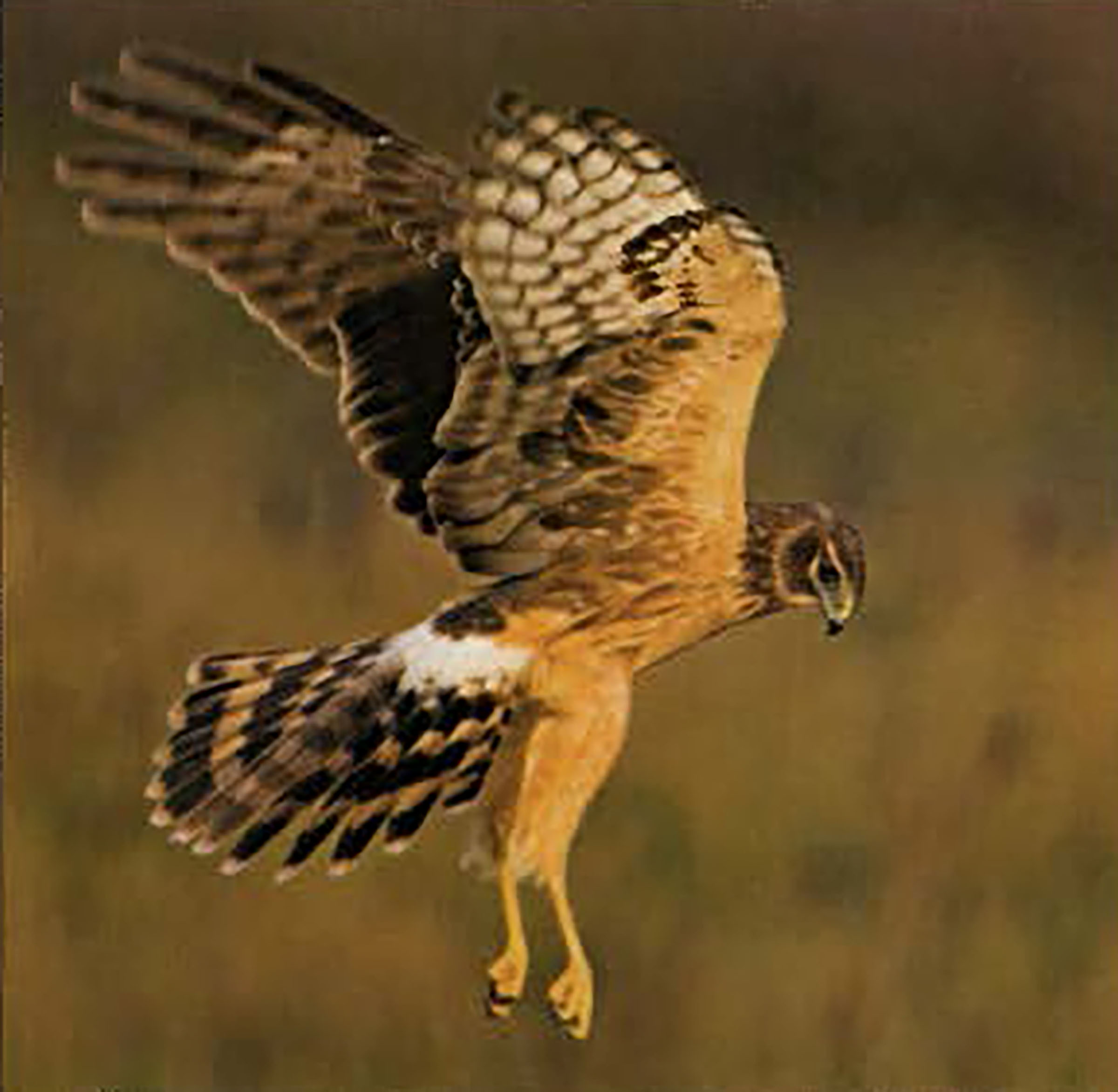 I was parked alongside a marsh at the Peach Point Wildlife Management Area on the upper Texas coast in Brazoria County, watching some ducks, when I saw this Northern Harrier approaching me, seemingly intent on hunting. As the bird made a pass within about 100 feet of me, I was able to get a few quick shots. 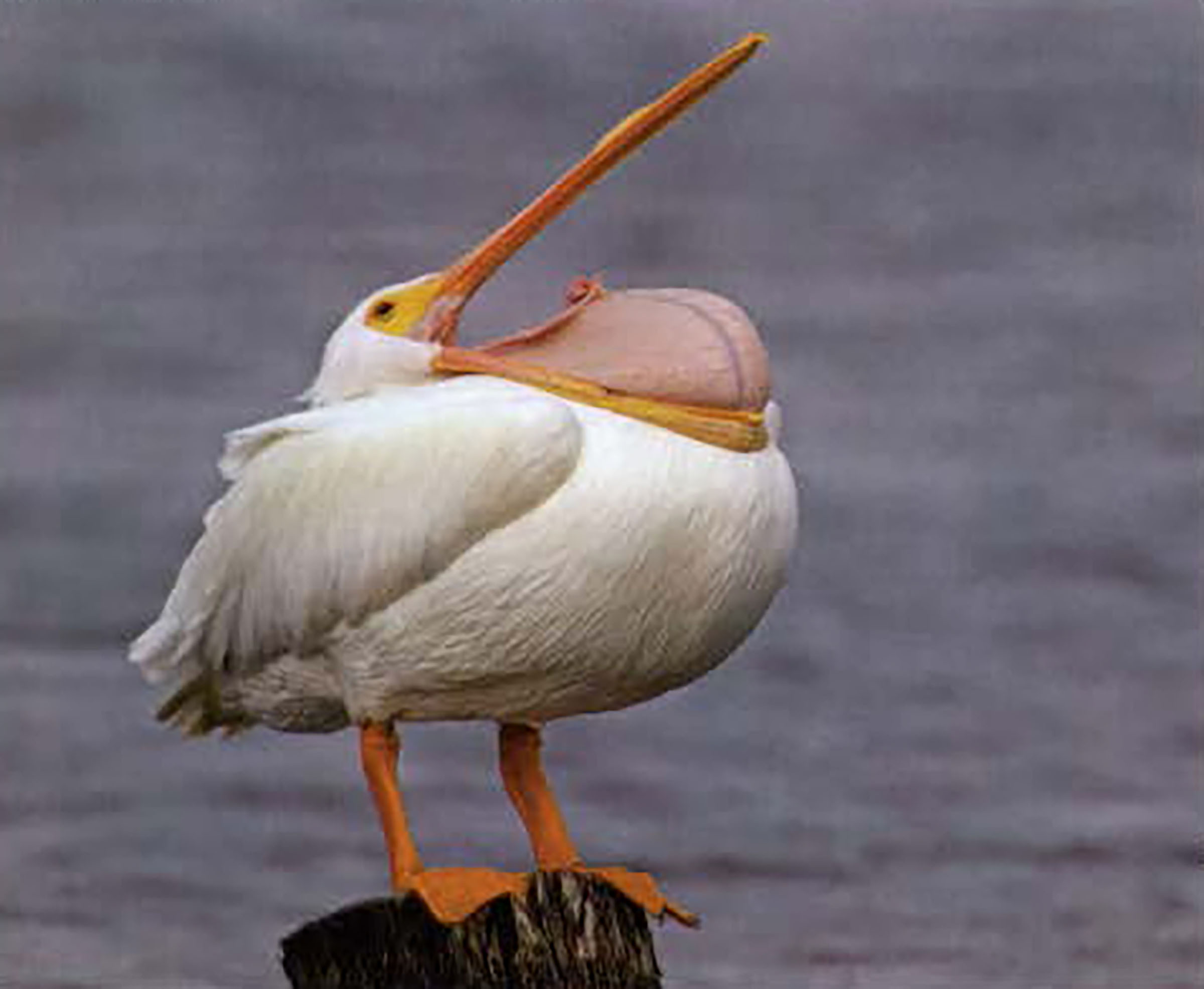 American white pelicans are common winter residents of the Texas coast, and a number of them remain to breed in the summer as well. This bird was resting on a pier along the Texas City Dike in Galveston County. While I was watching, the pelican yawned, and in doing so, turned its pouch inside out to give me a rather unusual photo opportunity.

Texas also claims an ample supply of avid naturalists who study these treasures. Local birders search the fields and forests year-round for resident species and the occasional vagrants that add excitement to their quests. Countless others venture out in ever-increasing numbers in search of butterflies, dragonflies and damselflies, mammals, or reptiles and amphibians. Many carry cameras and document their discoveries. More and more naturalists have now become ardent photographers as well.

In our minds, one Texan best personifies the combination of expert naturalist and consummate wildlife photographer. That person is Greg Lasley. Indeed, Lasley is widely known for his photography and for his encyclopedic knowledge of birds.

In his own words, Lasley first began to photograph birds as a novice, but enthusiastic birdwatcher. His interest lay in documenting appearances of rare birds through photographs and sound recordings, a discipline sadly lacking at that time. When our paths crossed through the years, at High Island on the upper Texas coast in spring, along some clear stream in the Hill Country, or at a refuge in the Rio Grande Valley, a camera and long telephoto lens always hung from Lasley’s shoulder. They were as much a part of his persona as the ever-present binoculars. If an unprecedented bird species wandered across the Rio Grande or appeared in the Davis Mountains, Lasley was there to document it as a new state record. Lasley shared our love of watching birds, but he also approached his quarry from a scientific perspective. 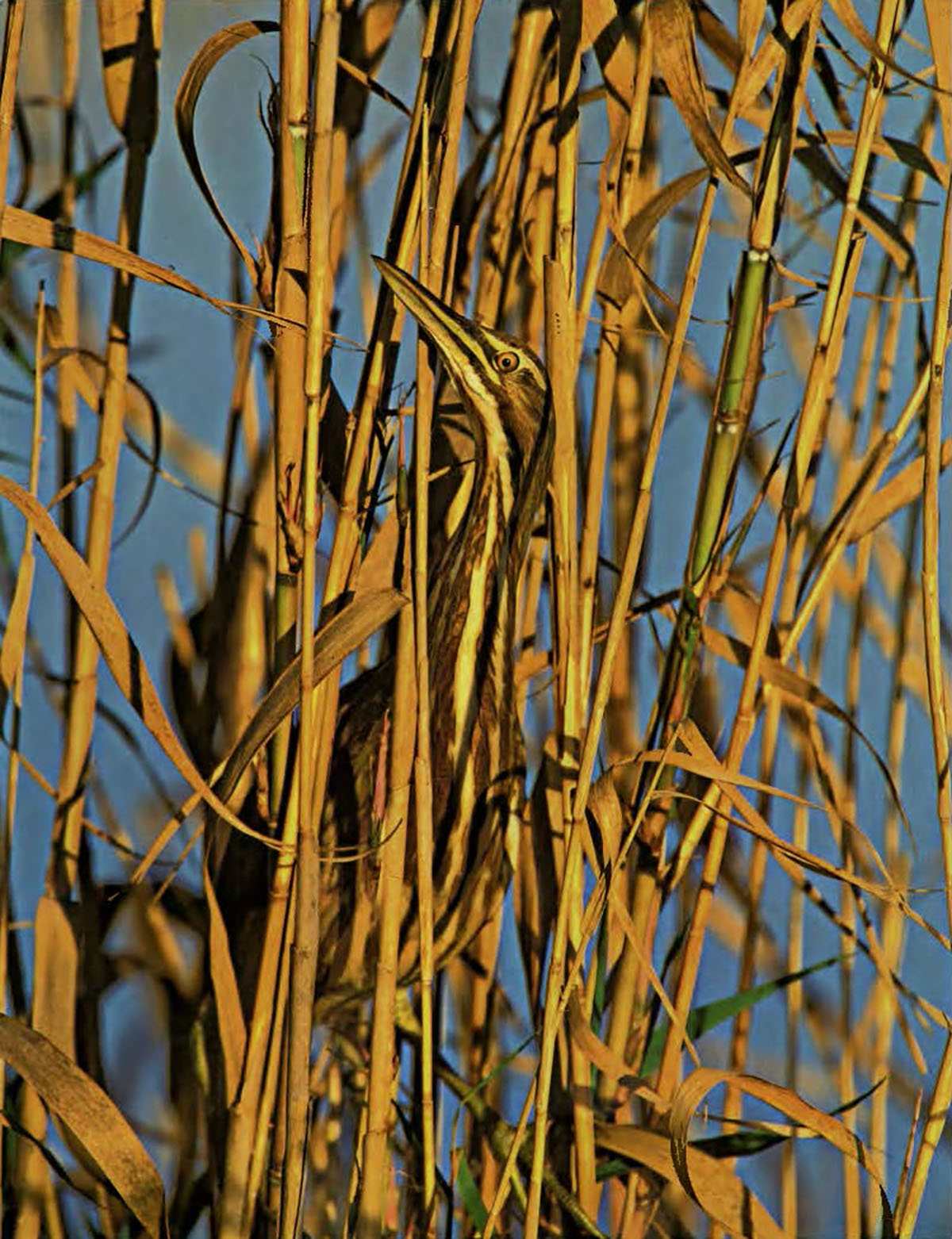 American Bitterns are known for their ability to "freeze" when they perceive a threat. While driving along the edge of Shoveler Pond at Anahuac National Wildlife Refuge in Chambers County early one morning in March, I spied this bittern hiding in some cane stalks. The bird stayed in this position without moving for several minutes in an attempt to convince me it was not there at all.

Lasley used his photographs in countless programs for Audubon societies and other nature groups throughout Texas, teaching others about bird identification and the thrill of birding, always encouraging his audience to document each find, if not with a camera, at least with detailed notes and sketches. On this point, he proved relentless, and Texas ornithology is the richer for it. Before his effort, most rare birds were either accepted
or rejected for the state list by reason of brief and often vague descriptions. Lasley insisted on credible documentation. 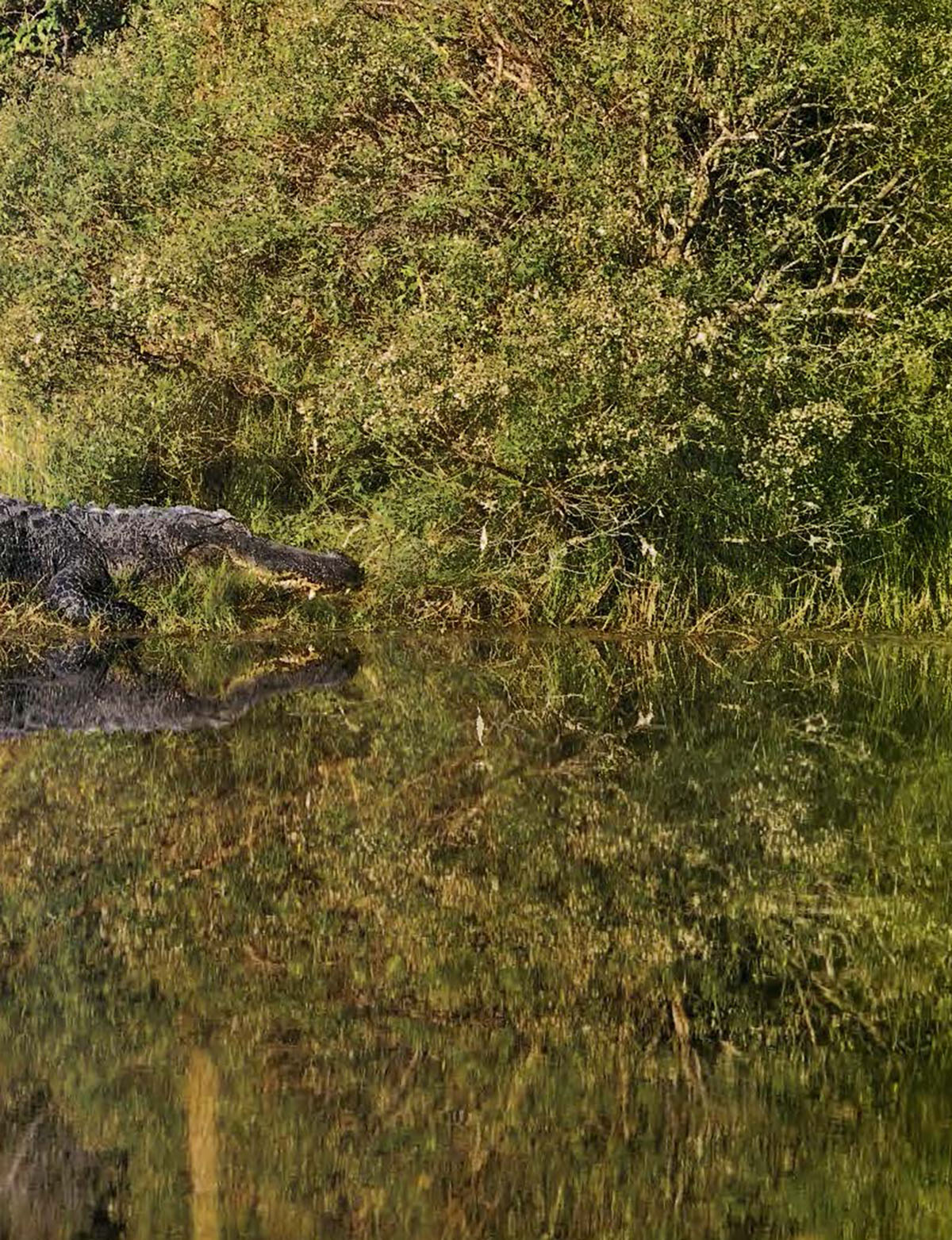 On a cool early morning in November, I came across this large American Alligator warming itself in the sun at Aransas National Wildlife Refuge in Aransas County.

During this time, Lasley worked in law enforcement with the Austin Police Department, retiring as a lieutenant in 1997 after twenty-five years. From 1985 through 1997, he led birding tours part-time for Austin-based Victor Emanuel Nature Tours, one of the most prestigious of the many tour companies, and upon his retirement from police work, he divided his efforts between wildlife photography and the birding tours. In that capacity he covered much of the Western Hemisphere, from Hudson Bay through Central and South America to Antarctica.

In spite of extensive international travel, Lasley’s work remains rooted in Texas, and he has visited every county in the state in pursuit of wildlife. A lightened tour load now leaves him free to concentrate on his photography. Continually upgrading his equipment and perfecting his skills, he remains in the forefront among bird photographers. 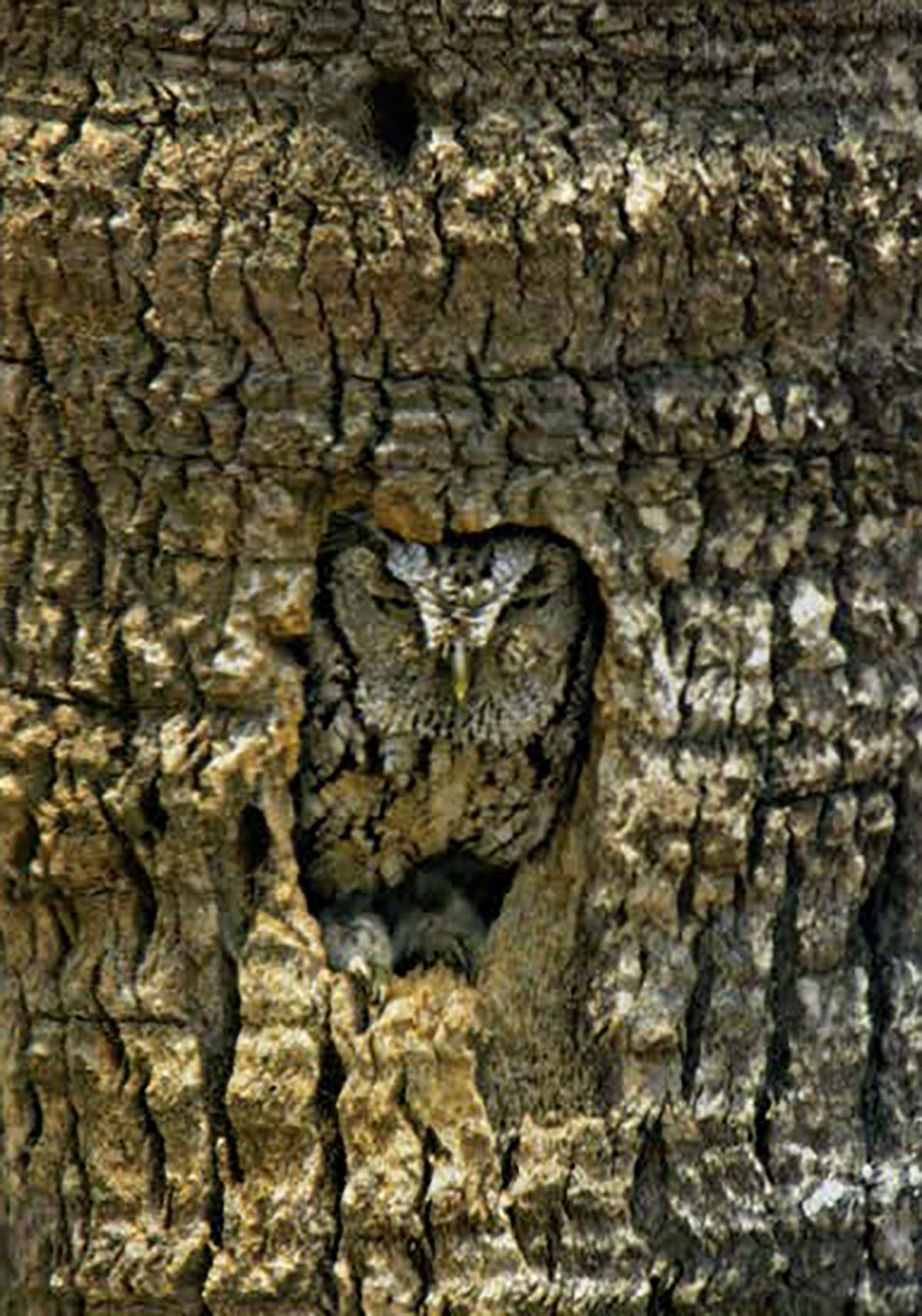 Easter Screech-Owls are fairly common and widespread over the eastern half of Texas and may be found in a variety of habitats. The species is a cavity nester and may take advantage of any hole in a tree large enough to accommodate it. This owl glared at me from its nest hole in a dead palm trunk in South Texas in Hidalgo County.

When we were working on our own book of the birds of Texas several years ago, we turned to Lasley for many of those hard-to-get photographs we did not have. We also consulted him on his specialties, the state bird list and Texas rarities, as well as on other aspects of bird distribution. There was no better authority. We would do the same for almost any facet of natural history today, for Lasley has traveled widely to observe and photograph the state’s resources, and he shares his knowledge willingly with all who ask.

In recent years, Lasley has turned from color film to digital photography. The medium may be different now, but the skills and techniques remain much the same. Knowledge of the subject proves invaluable, and in that, Lasley has few equals. Here he exposes his audience to wildlife large and small, from every corner of the state. As readers, we need only sit back and enjoy the view.