Spring Brings an Explosion of Daffodils at Mrs. Lee’s Garden

Daffodils bloom on 28 acres in Gladewater, bringing sunshine to winter 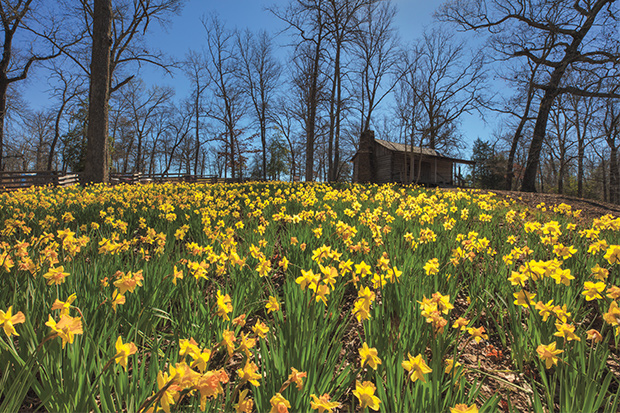 Last winter had been draggin on—not frigidly cold, but devoid of the sunshine that Texans crave year-round.

One February day, I followed a tip from friends and took my children on a day trip east of our Dallas-area home in search of a dose of sunshine. As I exited Interstate 20 near Gladewater, bare tree branches stretched toward blue sky, their silhouettes like sculptures against the clouds. I drove on, following a line of cars through rolling hills of brown grass, forests of stark trees, and houses scattered here and there. But at the crest of one hill, the entire landscape changed before our eyes. The horizon erupted in color, and the monochrome winter scenery became washed in cheer. Fields of bright yellow daffodils stretched out like a sea of sunshine. We had arrived at Mrs. Lee’s Daffodil Garden—a 28-acre haven boasting millions of blooms. 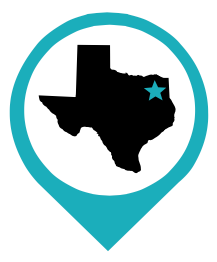 From mid-February through March (or until the daffodils are no longer in bloom), the garden is open seven days a week from 10 a.m. to 4 p.m.
Admission is free.
Call the garden for road conditions and a predicted blooming schedule, 903-845-5780,
or the Gladewater Chamber of Commerce at 903-845-5501;
daffodilgarden.com

It’s hard to catch the daffodils blossoming—a quest to see Mrs. Lee’s in its splendor requires perfect timing. To maximize your chances, call the garden’s hotline daily beginning in early February for recorded daffodil status updates. Once the flowers begin blooming, they’re in full glory for only a couple weeks. The gardens themselves open seven days a week from mid-February until the flowers are no longer in bloom, which can last through
March. The garden takes its name from Helen Lee, the wife of East Texas oilman T. W. Lee. Despite a hardscrabble beginning, the oil business treated T. W. well, and the couple began purchasing land just outside Gladewater
in the 1940s. Initially, they used the property’s abundant gravel to pave Gladewater’s roadways and the municipal airport runway. T. W. improved thetown’s fortunes in other ways as well, founding Gladewater’s first newspaper and radio station.

At Lee’s doorstep arrived not a box of daffodil bulbs, but a boxcar.

After her husband died in 1954, Helen decided to turn their primitive landscape into a thing of beauty. She began purchasing adjoining proper- ties, eventually extending her claim to more than 1,000 acres. And then she decided to bring in the flowers. At first, she turned to crepe myrtles, but they took too much time and effort to maintain. Then she thought about try- ing azaleas and daffodils. She ordered a box of the latter from Holland. There was miscommunication somewhere in the cross-Atlantic transaction, and at Lee’s doorstep arrived not a box of daffodil bulbs, but a boxcar. Instead of becoming overwhelmed by the unex- pected influx, Helen simply shrugged and got to work, hiring a handful of workers to help her plant the bulbs across her property.

Then Helen moved to the next phase of enhancing her estate, transforming the gravel pits into a 5-acre lake and 3-acre pond, and stocking them with bass, perch, and catfish. She had a one-room pioneer log cabin replica constructed in 1954. It overlooks the pond Helen named Lake Josephine, after her mother. As a nature enthusi- ast Helen enjoyed the vantage that the cabin gave her, frequently retreating
to the rustic structure to seek solace in the croaking of frogs and chirping of birds and to feast on fresh fish from the pond. Though her gardens remained private during her lifetime, Helen stipulated they open to the public upon her death, which occurred in 1984.

These days, The Helen Lee Foundation maintains the gardens and opens them to the public each spring. Admin- istrator Carolyn Owens Johnson grew up among the daffodils as her grand- parents were friends and employees of Helen for decades. In fact, Johnson’s grandmother would frequently accom- pany Helen on retreats to the cabin. “How much she loved nature and how much my grandmother enjoyed being out there with her,” Johnson remem- bers of Helen. “She was like family to us. She was considerate and a giver.”
Johnson’s descriptions evoke the image of Helen as a modern-day Saint Francis (the patron saint of animals and the environment) in her primitive cabin.

Johnson recalls she put out birdseed and erected bat houses. “But the cows had the run of the place,” Johnson says, reminiscing about the Santa Gertrudis herd that roamed the property for years. “Some of them had cowbells on and they would run through two pastures, but they wouldn’t dare eat the flowers.”

And visitors to the gardens today dare not destroy the flowers either. We learned that when we pulled up to the entry gate, where a volunteer gave us directions for the driving route and reminded us of the rules, “Don’t pick ’em. Don’t stomp ’em.” Volunteers personally greet the nearly 6,000 visi- tors who make the pilgrimage each year. Entry to the gardens is free, but donations are welcome as they help with maintenance.

Once inside the gates, we meandered along the 4-mile driving trail, which winds through the picturesque 28 acres of daffodils—delicate golden petals perched on stems stretching skyward sway like long-legged dancers in the breeze. The trail provides several park- ing areas that allow visitors to stop and explore the landscape by foot. Steep grades and tight curves along the trail made me glad we didn’t attempt this ex- cursion on a rainy day. Rainstorms had showered the grounds earlier in the week, and the creeks running through the property flowed at a brisk clip.
When we stopped at the first parking area, set adjacent to hills abloom with daffodils, I noticed the diversity of botanical enthusiasts the gardens attract. A Harley motorcycle was parked beside us, and a leather-clad couple hopped off to admire the flowers. Nearby, grand- parents and grandchildren, dressed in crisply pressed pastel outfits, positioned themselves in the blooms for a round of photographs. Young adults lounged on blankets on the hill, enjoying the sunshine on their faces and the glow of yellow at their feet.

After roaming through miles more of daffodils, we stopped at another parking area situated across from Helen’s primitive cabin. We hiked around the cabin and peeked into its windows to view the furnishings. Johnson says Helen constructed her retreat as a replica cabin because she “wanted people to know how our foreparents lived.” Glancing at the minimalist wooden furniture, we decided they lived very sparsely indeed.

In looking at the richness of natural wonder around us, we don’t think Helen aspired toward asceticism. Her cabin seems humble but magnifies the grandeur of endless yellow fields meeting vast blue sky. And we’re glad her Dutch needed improvement. That box- car of daffodils may have been a mis- take, but it’s a mistake that brightened our winter day—as well as the winter days of thousands of others for more than 30 years.