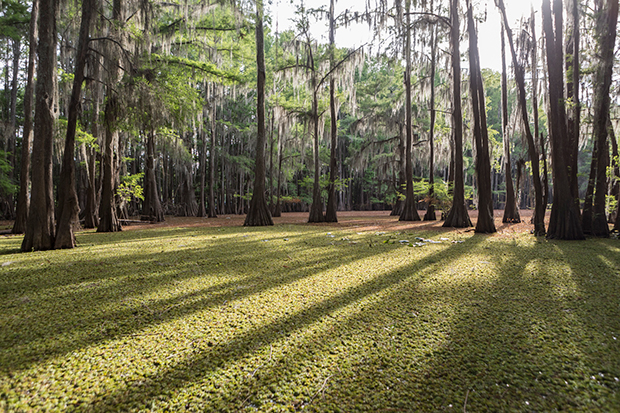 “I rented a kayak and paddled my way across the tea-colored water and green lawns of giant salvinia. It was eerily quiet and calm as alligators, snakes, beavers, and turtles swam and slithered into the water under a thick canopy of old-growth forest high overhead. For the photographer, the scenery is naturally photogenic but seems almost overwhelming because nature is so prominent. It’s like a ‘can’t see the forest for the trees’ in reverse.” – Kenny Braun

Caddo’s Primordial Calling – My boyfriend seems unusually skittish as he peers into the utter blackness beyond our cabin door at Caddo Lake State Park. I’ve prepared two hot cups of ginger tea for us to sip on the porch in the crisp night air. But Marshall, willing only to open the door a crack, suggests that we enjoy our tea in the cozy confines of the cabin’s interior. 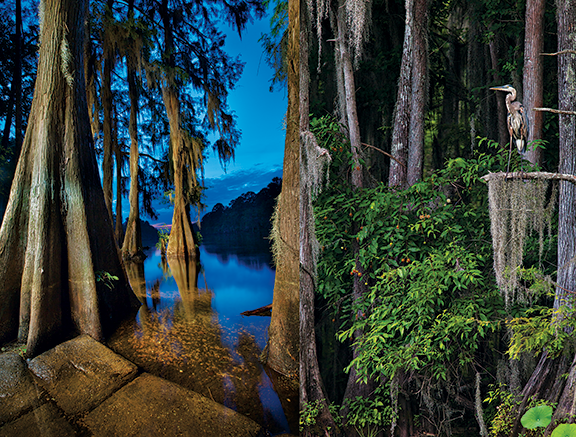 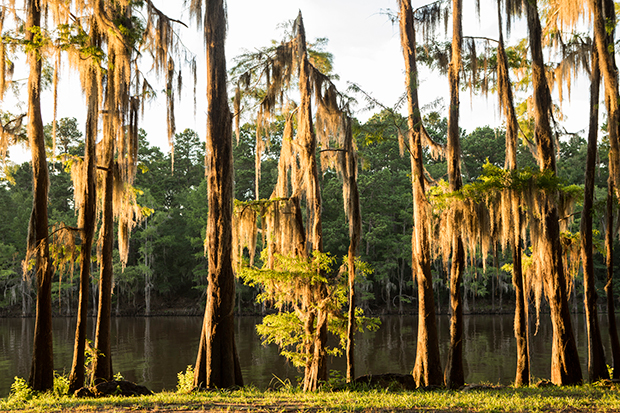 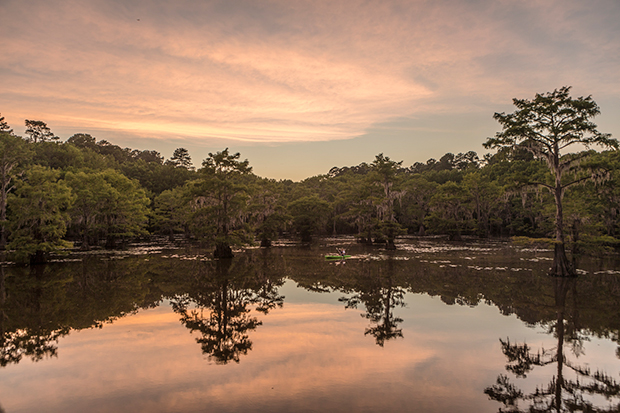 (Photo by Kenny Braun)
– Every Texan should experience the primordial mystery of Caddo Lake State Park. With its ghostly, century-old cypress trees draped with gray-green Spanish moss, cozy cabins built in the 1930s, and a history that encompasses pearl hunting and steamboating, a Caddo getaway works efficiently to re-set your perspective. Stay at the park, or find lodging and dining in the nearby towns of Uncertain, Marshall, and Jefferson.

Caddo Country: Unearthing Native American Heritage in East Texas – Long burined beneath mysterious earthen mounds and lost within dense forests and hidden glades, remnants of an ancient mound-building civilization have slowly come to light in the Piney Woods of East Texas. In recent decades, archeologists, historians, and the descendants of this Native American culture have unearthed, chronicled, and retold the centuries-old story of the Caddo tribes.

Lakes, Sweet Lakes: Our Lakes, Our Lives – A tribute to the great lakes of Texas