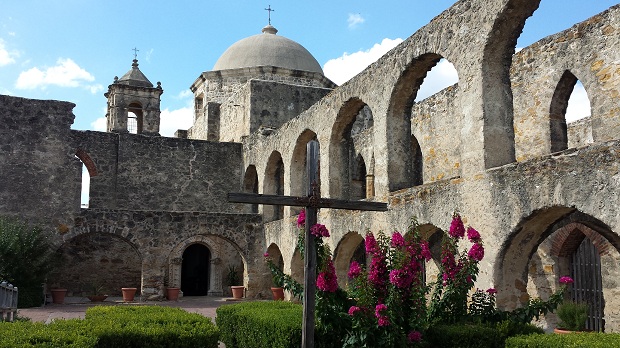 Fiesta, San Antonio has gotten underway, but this year, there’s an added reason for the city to celebrate. Today is World Heritage Day and that now includes the San Antonio Missions, which were designated as a World Heritage site on July 5, 2015.

It’s the first time San Antonio, and Texas, gets to celebrate the World Heritage designation given last summer to its five Spanish colonial missions, including the Alamo. To celebrate World Heritage Day today and over the next several weeks, the City of San Antonio and National Park Service invite people to visit the Missions, shoot some photos and tag them on social media with the #WorldHeritage hashtag.

Indeed, San Antonio’s Missions symbolize an era when the world was expanding, cultures were intertwining and the global landscape was forever changed. The missions today serve as a living example of the bringing together of indigenous, Spanish, Mexican and other influences that form contemporary South Texas.