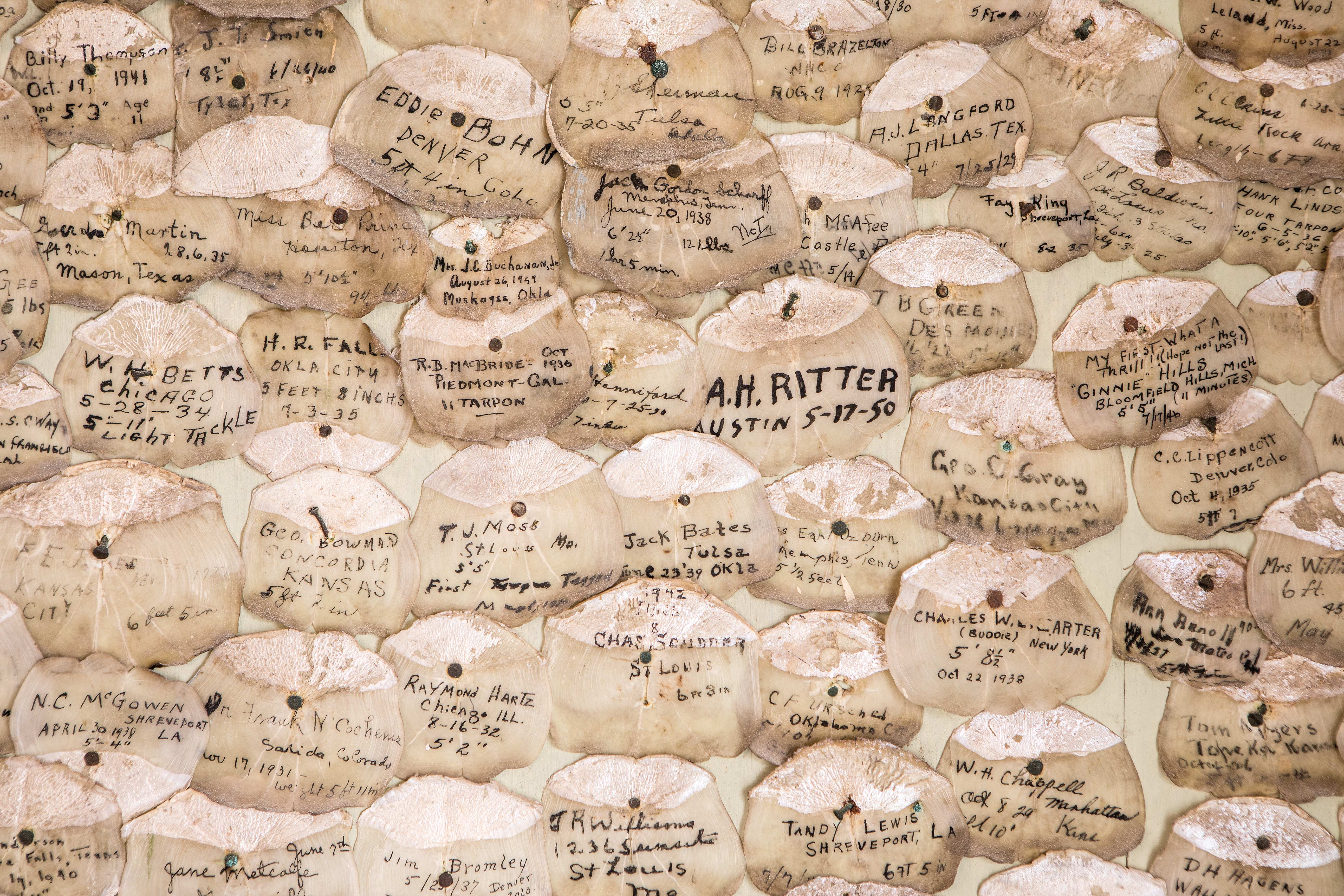 While many attractions are open, Port Aransas’ lodging inventory has not fully rebounded since Hurricane Harvey’s landfall in August 2017. Among visitors’ choices will be The Tarpon Inn, which has endured a series of calamities since its opening in 1886, including a 1900 fire and several hurricanes. During Harvey, an 8-foot surge of water nearly flooded the inn’s bottom floor, but the building remained intact thanks to its telephone pole pier-and-beam construction. The storm spared the inn’s famous lobby walls, which are decorated with the scales of trophy tarpons caught over the decades. Each scale is marked with dates and names, including one signed by President Roosevelt in 1937.Standbys like Cline’s Landing, the condominium tower near downtown Port Aransas, will take two years to renovate, and others vulnerable to Harvey’s Category 4 winds are in a limbo of insurance adjustments, homeowners’ associations, and infrastructure repair.

Townhomes, lodges, and single-family vacation cottages fared better than high-rises, especially those built to current hurricane-resistant codes, including the popular Cinnamon Shore beach community. They form the basis for rental pools this summer, along with economy and mid-tier low-rise hotels.

As workers made repairs this spring, The Tarpon Inn’s signature red wooden rockers already occupied their customary stations on the verandas. Vintage furnishings, like four-poster beds and claw-foot tubs, survived. “We had a lot of things we needed to work on anyway,” said Lee Roy Hoskins, the inn’s owner—a bittersweet refrain familiar among Port Aransas storm veterans.

The Tarpon Inn is located at 200 E Cotter Ave. in Port Aransas.