The same combo of rain and sun that produced this spring's prolific bluebonnet displays are benefitting a second wave of colorful blooms of Indian blanket, winecup, primrose, and more.

Written by Matt Joyce | Updated: May 8, 2019 | Filed Under: Travel NewsWildflowers 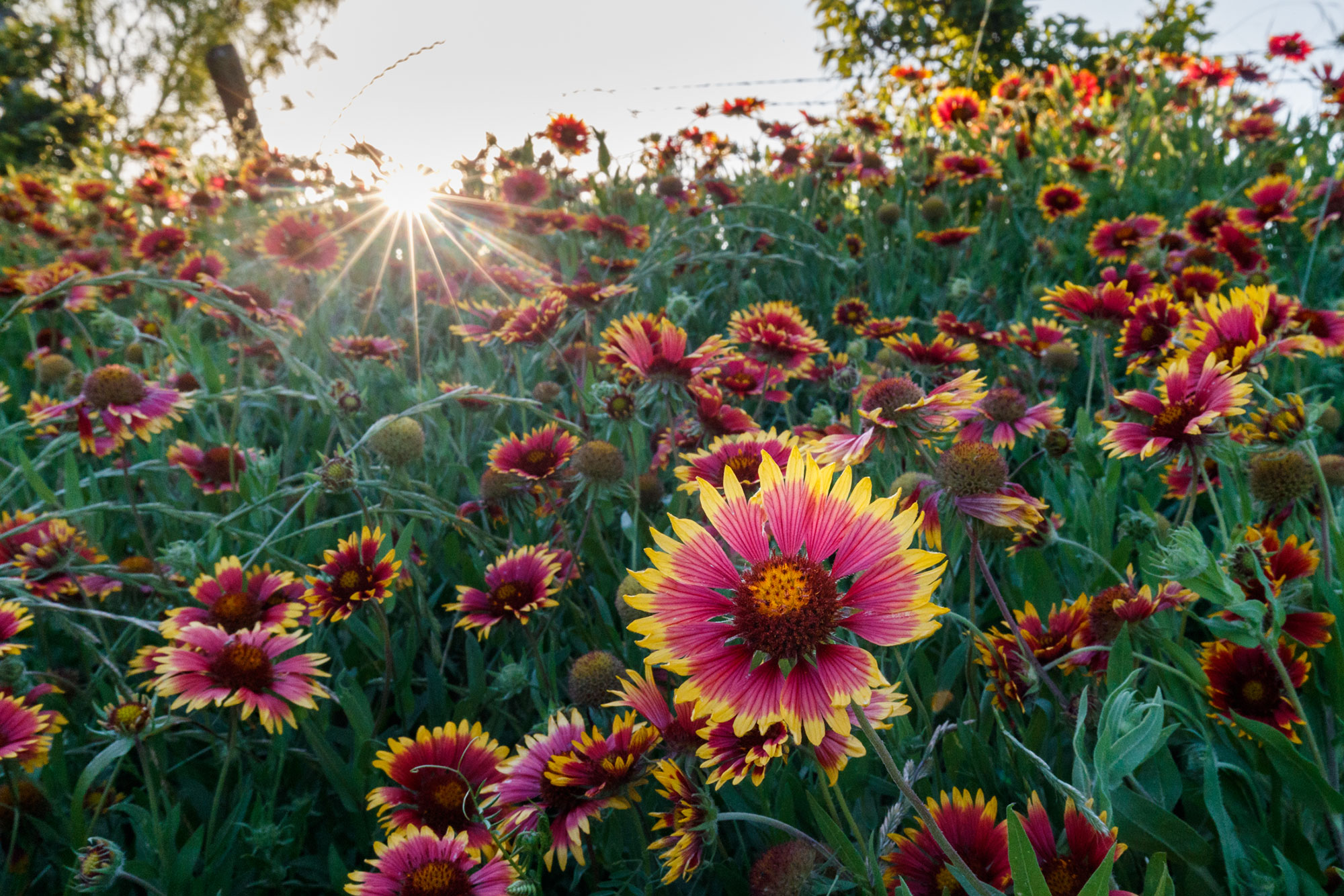 Indian blankets along the roadside of Highway 34 between Ennis and Kaufman. Photo: Sean Fitzgerald

This May, the Texas Hill Country is proving there is more than bluebonnets to revere. A second wave of blooms is eclipsing the dazzling bluebonnet crop with prolific Indian blanket, reddish-purple winecup, pinkish primrose, coreopsis, and others. The same combo of rain and sun that produced the bluebonnet displays are benefitting this second wave, as well.

“It is nice to point out there is life after bluebonnets in the spring and early summer because there is so much cool stuff,” says Andrea DeLong-Amaya, director of horticulture at the Lady Bird Johnson Wildflower Center in Austin. “Most of the roads won’t be that crowded as the peak of the bluebonnet season.” 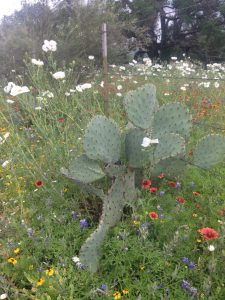 The sense of something special grew for my wife, Eileen, and I as we drove south in early May on US 281 from Hico to Johnson City. Threads of gold, reddish-orange, purple and white formed a carpet of brilliance in the median north of Burnet where US 183 splits off—likewise at the intersection of US 281 and US 290 outside Johnson City.

“In some ways, this is more brilliant that the bluebonnets because there are so many colors,” remarked Ross Burtwell, our host at Cotton Gin Village in Fredericksburg, where guests come not only for wildflowers but for Burtwell’s wine list at the adjacent Cabernet Grill.

Leaving State Highway 16, we took paved county roads that form the dependable Willow City Loop and then headed to Ranch Road 965 skirting Enchanted Rock. On the Willow City Loop, we moved at no more than 20 mph, encountering a handful of pickup trucks and only one other group of visitors in a van. We pulled over to view ranging fields of white prickly poppy, avoided by cattle because of its stickers, but visually inspiring when its gauzy white petals are buffeted by a fresh spring breeze. Reddish and yellow-tipped Indian blanket was abundant, but it didn’t overwhelm its partners.

DeLong-Amaya calls the current bloom “a continuum” of native Texas wildflowers that appear after bluebonnets. The miniature white-petaled lazy daisy, purplish horsemint, bitterweed, which adds another yellowish hue, and sneezeweed, a golden-petaled jewel with a dark center, all contribute to the show. Of sneezeweed, she quips, “Not a nice name for a pretty flower, and it doesn’t really make most people sneeze!”

At 70 mph on the highways, sneezeweed, bitterweed, earlier blooming Texas Star, coneflowers, Englemann daisies, and even dandelions unfortunately are indistinguishable, forming what DeLong-Amaya and her colleagues term “DYC: damn yellow composites.” That’s a reason to slow down and take backroads to observe close-up the diversity of post-bluebonnet season.

Yet, even at high speeds, the massive crimson fields of Wildseed Farms on US 290 east of Fredericksburg are show-stoppers. While the rows of non-native blooming red corn poppy are aesthetically impressive, more important is their special purpose, according to John Thomas, the farm’s founder and owner.

“We plant them every year to commemorate our war dead. People look forward to coming to see them,” he says, noting the inspiration is the reference to red poppies in the poem In Flanders Fields, an ode by World War I veteran Col. John McCrae composed on the battlefront in 1915. Wildseed’s poppies will be gone by mid-May, succeeded by fields of black-eyed susans and lemon mint on Wildseed’s calendar.

Another May-time wildflower caveat, according to DeLong-Amaya: Get out to see these blooms before the summer heat, roadside mowing, or invaders like Johnson grass take their toll.