With Houston as his launching pad, the Arab American comedian rides a rising career 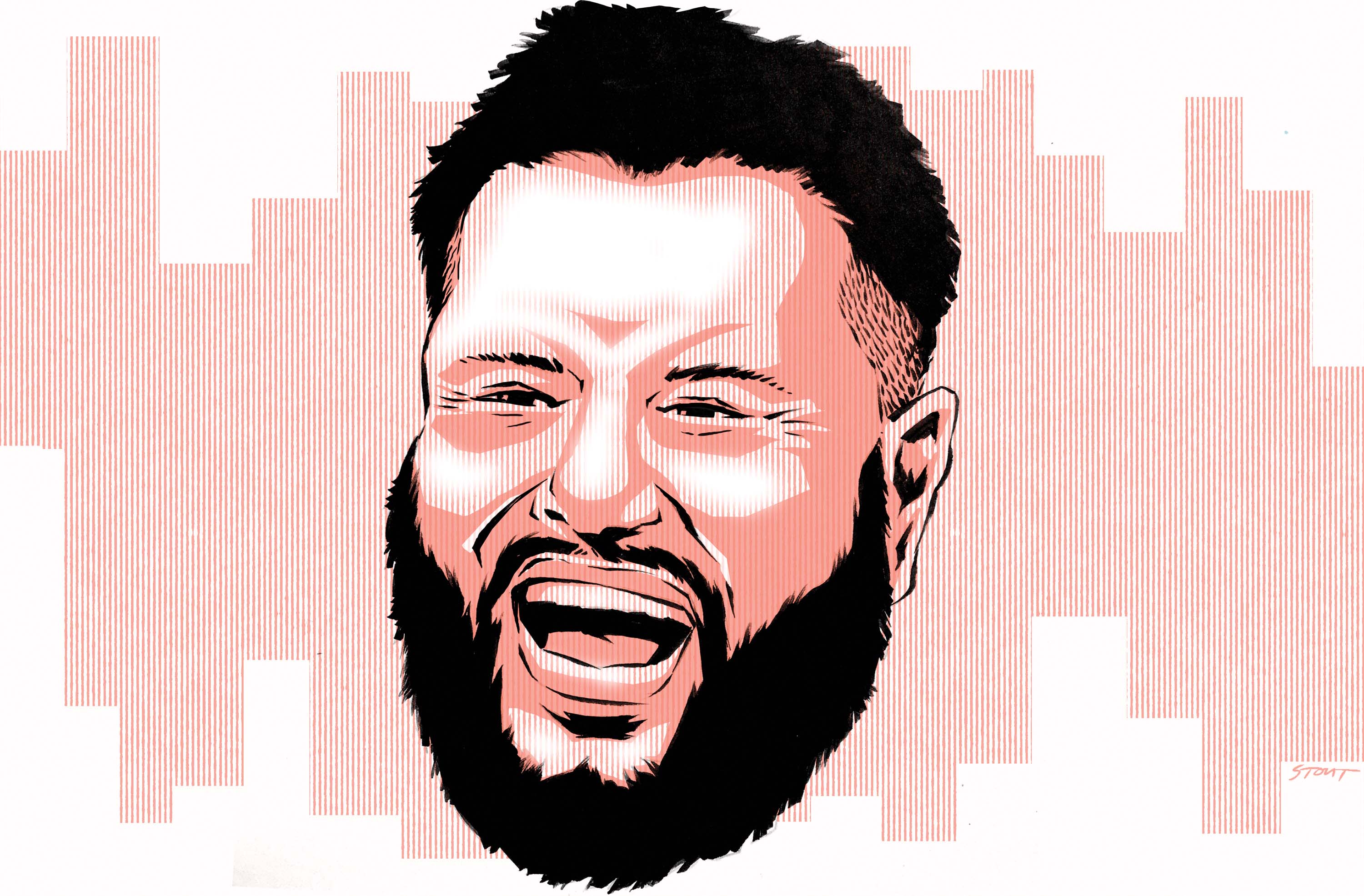 Mo Amer has a hard time remembering when he last traveled purely for fun. Sure, he’s seen plenty of places in his career as a stand-up comedian.  But these last several years, he’s been working at a supersonic pace, with little time to relax. So when he makes it back home to Houston (he currently splits his time between Houston and New York City), sightseeing isn’t really on the agenda. “People ask me that all the time—‘What do you do when you’re in Houston?’” he says. “I sleep. I hang out with my family. I see my mother.” It’s the kind of comfort you can only get from your hometown, and the 38-year-old reps Houston with huge pride in his Netflix special, The Vagabond. During the hourlong set of stand-up comedy, filmed at the Paramount Theatre in Austin in 2018, he talks about fleeing Kuwait with his Palestinian family during the Gulf War and landing in the Houston suburb of Alief in the early 1990s as a 9-year-old refugee. He weaves painful and embarrassing parts of his story into comedy gold—like when people confused him for being Mexican in grade school, or the frustration of explaining his immigration status every time he went to the airport. But these days, things are looking up. Amer enters 2020 in high demand, and this spring he will appear in the second season of Ramy, a Hulu dramedy about a first-generation American Muslim.

“Obviously my job as a comedian is to make you laugh. That’s my No. 1 goal. But if I can make you think, that is what the best stand-up comedians do.”

Q: When you were growing up in Houston, was the city as diverse as it is now?
A: It’s definitely grown since I was a kid because I definitely didn’t see other Mohammads [Mo is short for Mohammad] in my fourth grade class or fifth grade class. High school was when I started realiz­ing how diverse it really was. Actually, I was pitching a TV show recently, and I was doing some research about the sub­urb I grew up in, Alief. It has 80 languages spoken there. It’s pretty mind-blowing. The fact that Houston is the most diverse city in America now? I can see it, I can completely see it. Definitely through high school I noticed how much of a salad bowl we were, and now it’s just exploded, and I think it’s great.

Q: How did you get your first laugh?
A: Man, I don’t know. Probably a fantastic facial expression when I was a baby. No, but really, I’ve always been this guy who told stories even when I was a kid in Kuwait, like 5, 6, 7 years old. I remember telling stories to the kids in the neighborhood. They would come out, and I would just make up stuff. I was always that guy. I don’t know how to explain it. Something that you’re born with—you just have it.

Q: How did you progress from there?
A: I went through a rough time in high school. My dad passed away. I was skipping school all the time, and my English teacher, Mrs. Broderick, said, “Didn’t you say you want to be a stand-up comedian?” She goes, “You’re too smart to fail, but you’re going to fail high school. And how would your father feel if you don’t graduate?” Jeez, just put a stake through my heart. So I was just like, “He’d be devastated.” I started crying. It was awful. She says, “I’ll tell you what, I’ll give you extra credit to help you get closer to passing if you do a monologue from Shakespeare. And then I’ll let you do stand-up every Friday in class.” Seemed like a no-brainer to me. And she said, “Here’s the deal, though: If I catch you skipping, I’m going to fail you.” So she changed my life completely. I did the monologue. I had to write [stand-up] material that night. I was super excited about it. I did my set; kids were laughing like crazy.

Q: When you’re doing a set, do you have a structure of what you’re going to say, or are you just up there having fun?
A: I would say 50/50. Maybe even more [on the spontaneous side] than that. I do a lot of reading, and I do a lot of thinking, so at some point I just remember all of it, then just talk. I have a real problem with structure. It’s really important to me to keep it loose and to keep it spontaneous. And if I just stick to a certain structure then it loses something for me. I think it’s really good for the audience too, most of the time.

Q: How do you turn the trauma of your refugee experience into humor?
A: People who have been oppressed, traditionally, are some of the funniest people on Earth. We really have the greatest sense of humor. We went from riches to rags. My family came from nothing, then they made something, and then it was taken away from them several times. I noticed that [humor is] one of those instinctual things that happens when you have to relieve yourself. It’s like crying, the sense of relief afterwards. Might feel horrible in the moment, but laughing is equally relieving—it just kicks into your brain and releases these endorphins, and you feel spectacular afterwards. You feel energetic and happy—it’s just one of those things that you naturally go to for survival. And you become more observant when you have lost so much and experienced so much. You see a lot more than most people.

Q: When you share your experiences as an Arab American on stage, do you feel like you’re educating audiences, too?
A: I feel like my entire special on Netflix was an education. And then also it freed a lot of people who were experiencing similar things. Obviously my job as a comedian is to make you laugh. That’s my No. 1 goal. But if I can make you think, that’s what the best stand-up comedians do. Think about all the greats. They made you laugh and think at the same time.

Q: Do you ever feel pigeonholed by your personal story, like you have to talk about it every time because that’s what people expect of you?
A: People do expect that from me, but at the same time, I’m my own artist. I don’t really fall into that trap. I feel very tugged or pulled to the certain direction of my background and what the zeitgeist is doing. You know, if it’s not relevant to the zeitgeist, then what’s the point? If it’s not an issue, then what’s the point? But we have a lot of issues still going on and pending for many years to come. What I’m focused on is just trying to connect the dots and make them funny.

Q: Your career has had a lot of momentum in the past few years—have you been able to take it all in and process it?
A: It’s important to step back and do that because I forget how dope it’s been, especially the last seven years. Definitely the last five have been really amazing—to go from shooting a special, to being a second lead on a TV show [Ramy], to touring with Dave Chappelle and doing shows with Jon Stewart, performing in arenas that only a few people have gotten to experience. At the same time, you can’t think about it too long or time will fly by. And part of me would be like, oh no, I need to catch up. I’m trying just to really enjoy what’s happening around me.

Check out Mo Amer’s most recent work on screen in Ramy on Hulu and onstage in The Vagabond on Netflix. Keep up with Amer’s touring schedule at moamer.com.