A Memorial Park Makeover: Houston is Working to Improve one of the Nation’s Largest Urban Parks

The Memorial Park Conservancy is leading the 10-year, $200 million project, which is designed to bolster the park's natural offerings and increase connectivity. 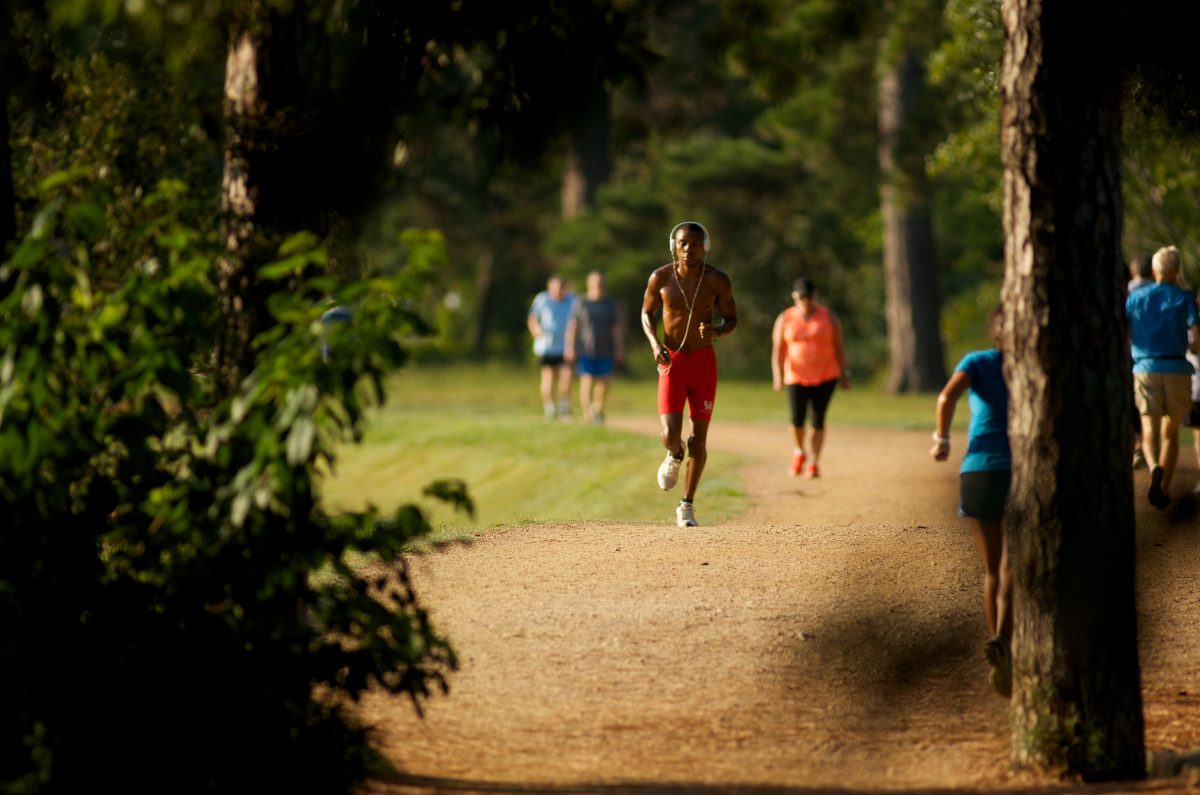 Houston has never been a place to rest on its laurels. And now the city is channeling its self-improvement impulse to Memorial Park, a 1,500-acre green space near the center of town.

The nonprofit Memorial Park Conservancy—in partnership with the Houston Parks and Recreation Department, Uptown Development Authority, and Kinder Foundation—is in the midst of a $200 million Memorial Park Master Plan with capital improvement projects slated through 2028. The plan, which is designed to enhance the park’s ecological resilience and to meet increasing public demand, includes developments such as a new sports complex, more connected greenways and bike paths, an expanded outer loop, and a land bridge over Memorial Drive.

The city established Memorial Park in 1924 with bridle paths, a golf course, and hiking trails. Over the years, the park gained a golf course, the Houston Arboretum and Nature Center, and a nearly 3-mile running loop. Just last year, the Astros Golf Foundation led an $18.5 million overhaul of the park’s golf course and facilities—just in time to qualify for hosting the Houston Open this coming November.

Today, Memorial Park ranks among the largest within a U.S. urban center (nearly twice as large as New York’s Central Park) and draws about 4 million visitors a year. Part of the attraction is its location, just inside the 610 loop to the west of downtown. It also offers well used facilities, including 30 miles of trails, some leading deep into the 600 acres of woodlands that flank Buffalo Bayou, and space for tennis, softball, swimming, croquet, volleyball, skating, cycling, running, and field sports. The redevelopments was prompted in part by the drought of 2011 and the toll it took on the park.

This summer will see the completion of the first phase of the reimagined Sports Complex, which entails moving the sports fields and volleyball courts close to the other recreational facilities. The newly created Eastern Glades will also be unveiled: 100 acres of formerly inaccessible parkland transformed into a natural environment, complete with trails and boardwalks that wind through wetlands to a 5-acre lake. 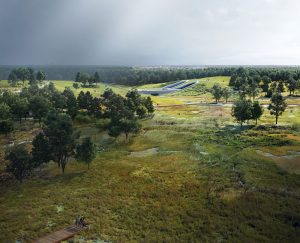 A rendering of the land bridge planned to be built over Memorial Drive. Courtesy Memorial Park Conservancy

Upgrades slated for 2022 include the construction of interconnected and expanded trails, a running complex, and the land bridge over Memorial Drive, which will be covered and surrounded by native prairie flora.

“The 100-acre Land Bridge and Prairie will not only deliver a truly unique new destination that will improve user and wildlife safety, but will also improve ecological and storm water management systems,” says Shellye Arnold, president and CEO of the Memorial Park Conservancy. “We anticipate that it will attract visitors from all over and hope that it becomes a model for other cities.”

One later addition will pay tribute to the soldiers who once trained on these lands during World War I, when it was known as Camp Logan. Memorial Groves, named in their memory (like the park itself), will feature regiments of trees aligned in rows, offering a shady bower for contemplation. Scheduled to open sometime before 2028, it will be a place to recollect the history of the park—and perhaps imagine its future.