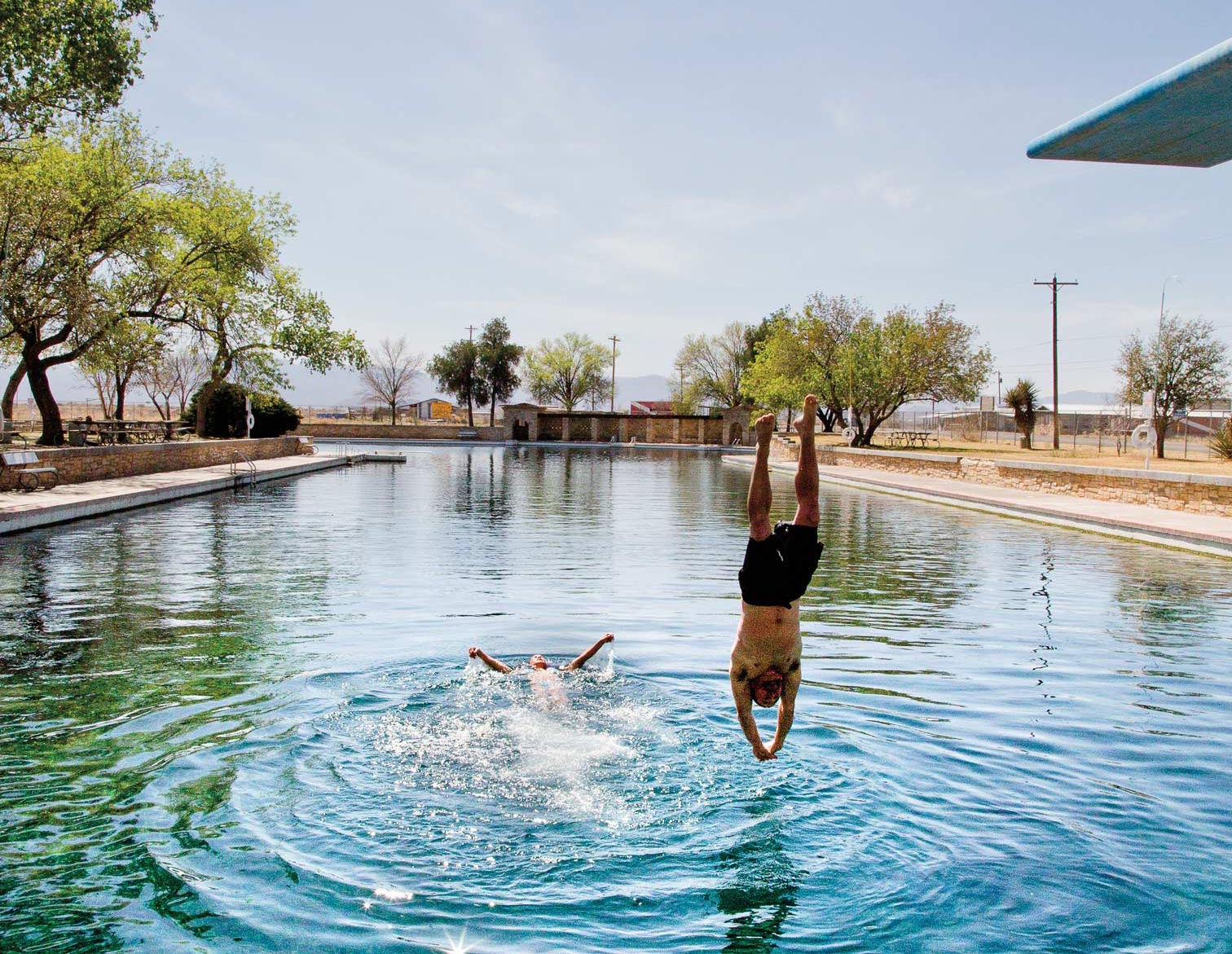 Balmorhea State Park has reopened its famed spring-fed swimming pool with time to spare before Spring Break and the arrival of the West Texas summer heat.

The Texas Parks & Wildlife Department announced Friday that it had completed a project to repair the concrete apron under the diving board, a problem that resulted in the pool’s closure throughout last summer.The project, estimated to cost $2 million, received a boost from Apache Corporation, an oil and gas company, which contributed $1 million to the project in the form of a matching grant.

The project included salvaging the historic diving board and brick around the pool rim, demolishing the concrete around the diving board area, removing the distressed wall, and  installing a new footing foundation and pool wall. Crews built cofferdams in the pool to protect the endemic Comanche Springs pupfish and rare Pecos gambusia while allowing water flow in the canals and cienegas. To minimize disturbance, workers did the entire project without heavy equipment.

Separate from the pool project, Balmorhea State Park’s campground remains closed for a project to install new electric, water, and cable services, plus a new restroom facility; and the San Salomon Courts’ 18 motel rooms are in the midst of a $7 million renovation that includes spruced-up adobe walls, fresh carpeting, new windows and light fixtures, and a new laundry facility. The department says the overnight facilities should reopen “later this summer.”