On the eve of the 2020 NFL season, a look back at the time 51,118 fans sold out the Sun Bowl for a scrimmage between the Cowboys and Houston Oilers 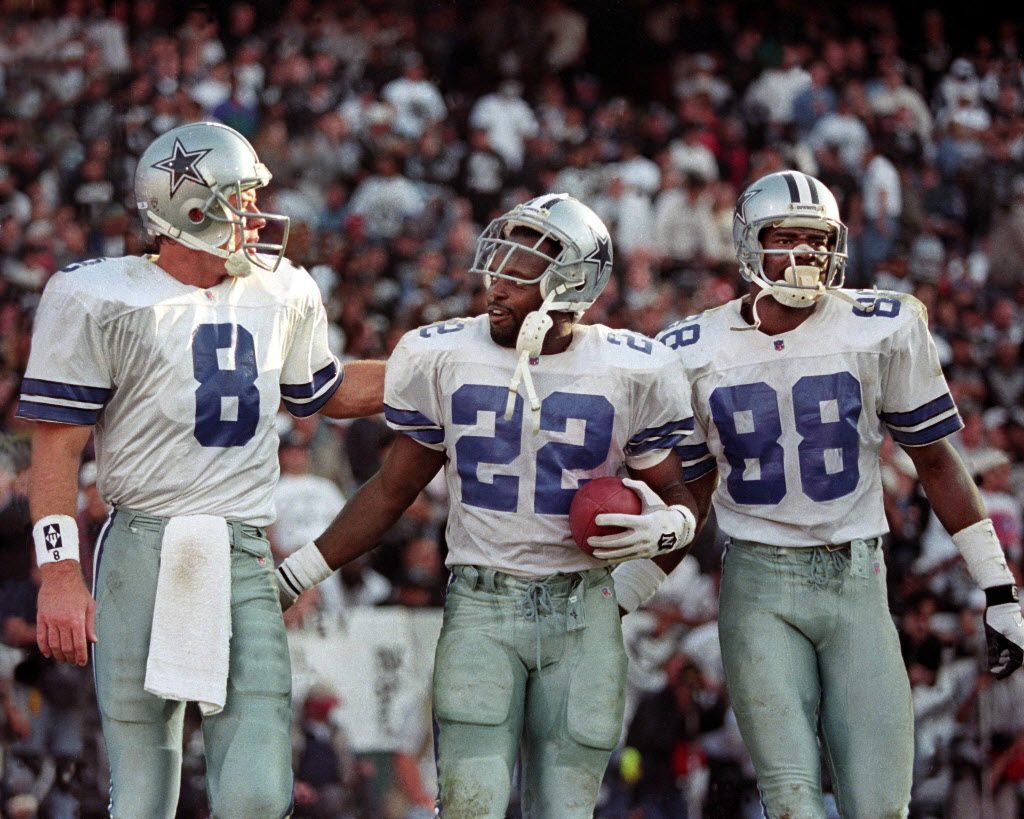 In 1993, the El Paso Red Cross was in desperate need of money. The organization hatched a plan to host an event so large that it could sell out the Sun Bowl and give the proceeds to local charities. But since the Sun Bowl opened in 1963, primarily as the home field for the University of Texas at El Paso football team, it had never sold out. Who was popular enough, Red Cross volunteers wondered, to fill the 51,000-seat stadium nestled in the Franklin Mountains?

“The original thought was bringing the Pope to El Paso,” Larry Peterson, the chair of the group unofficially known as the Cowboys to the Sun Bowl, tells me. But as they discussed what it would take to bring the Pontifex Maximus from the Vatican to the westernmost point of Texas, they soon realized the plan wasn’t viable. “The Dallas Cowboys were our second choice,” Peterson adds.

The Cowboys, who begin their 2020 season this Sunday night in LA against the Los Angeles Rams, haven’t won a Super Bowl in 25 years. But in the mid-1990s, the team was at the height of its greatness. If Peterson’s group could somehow bring the defending champions, who just months earlier had won their third Super Bowl in four years, it was certain it would sell out the Sun Bowl.

Even if the plan was clear, it remained a longshot. First, volunteers stood outside during UTEP Miners’ football games asking fans to sign postcards showing support for the Cowboys to play El Paso. They got signatures from people in El Paso, but also Las Cruces, New Mexico, and Juarez, Mexico. The volunteers then sent those postcards—100,000 of them, according to the El Paso Times—to Jerry Jones, the Cowboys’ owner.

Next, the group hired a small airplane to fly banners above Texas Stadium, the Cowboys’ old field in Irving. The stadium had an iconic hole in the roof, so that God could watch his favorite team play, according to team folklore. That allowed the people sitting inside, including Jones, to see the banners. The first one read, “Jerry, El Paso wants the Cowboys.” The second one: “Jerry, why haven’t you called?”

In 1996, when the Triplets—Troy Aikman, Emmitt Smith, and Michael Irvin—were in their prime and Deion Sanders was entering his second year with the team, the Cowboys held training camp at St. Edward’s University in Austin. In the spring of that year, the Cowboys were unable to agree with the school about holding a scrimmage there during the fall preseason. So, the team asked the group from El Paso if its city was still game.

“By the time they told us we could do this,” Peterson remembers, “it was April, and this game was slated for August 8th. So less than four months from ‘we think we’re going to do it’ to having to raise a million dollars, secure the Sun Bowl, sell all the tickets, arrange the logistics, and have the game. It was a very, very short time frame that we were able to do that in.”

Once tickets went on sale, 40,000 sold in the first four days. For almost a month, the El Paso Times tracked how many tickets remained. Every day the number decreased, sometimes by a few hundred, other times by more than a thousand. And on the day of the scrimmage, the top of the newspaper’s front page read in bold letters, “Cowboys sell out Sun Bowl.”

On an early August evening in 1996, 51,118 fans paid to see the glorified practice between the Dallas Cowboys and the Houston Oilers, which raised $500,000 for local charities. It didn’t matter that it was a weekday; hours before the game started, tailgaters prepared by grilling hamburgers and frying gorditas. Once the scrimmage started, fans were so loud that even Troy Aikman, who’d called the midweek travel between preseason games “a distraction,” was won over. “This was great,” Aikman told the El Paso Times. “I think we got a lot of good out of this. This is as enthusiastic a crowd as I’ve ever played for.”

Even retired Cowboys legend Tony Dorsett stood on the sidelines and couldn’t believe the size of the crowd. “50,000-plus people for a controlled scrimmage,” he told the El Paso Times. “No place but Texas.”

The scrimmage was such a success, the Cowboys scrimmaged in El Paso again the following year, and the year after that.