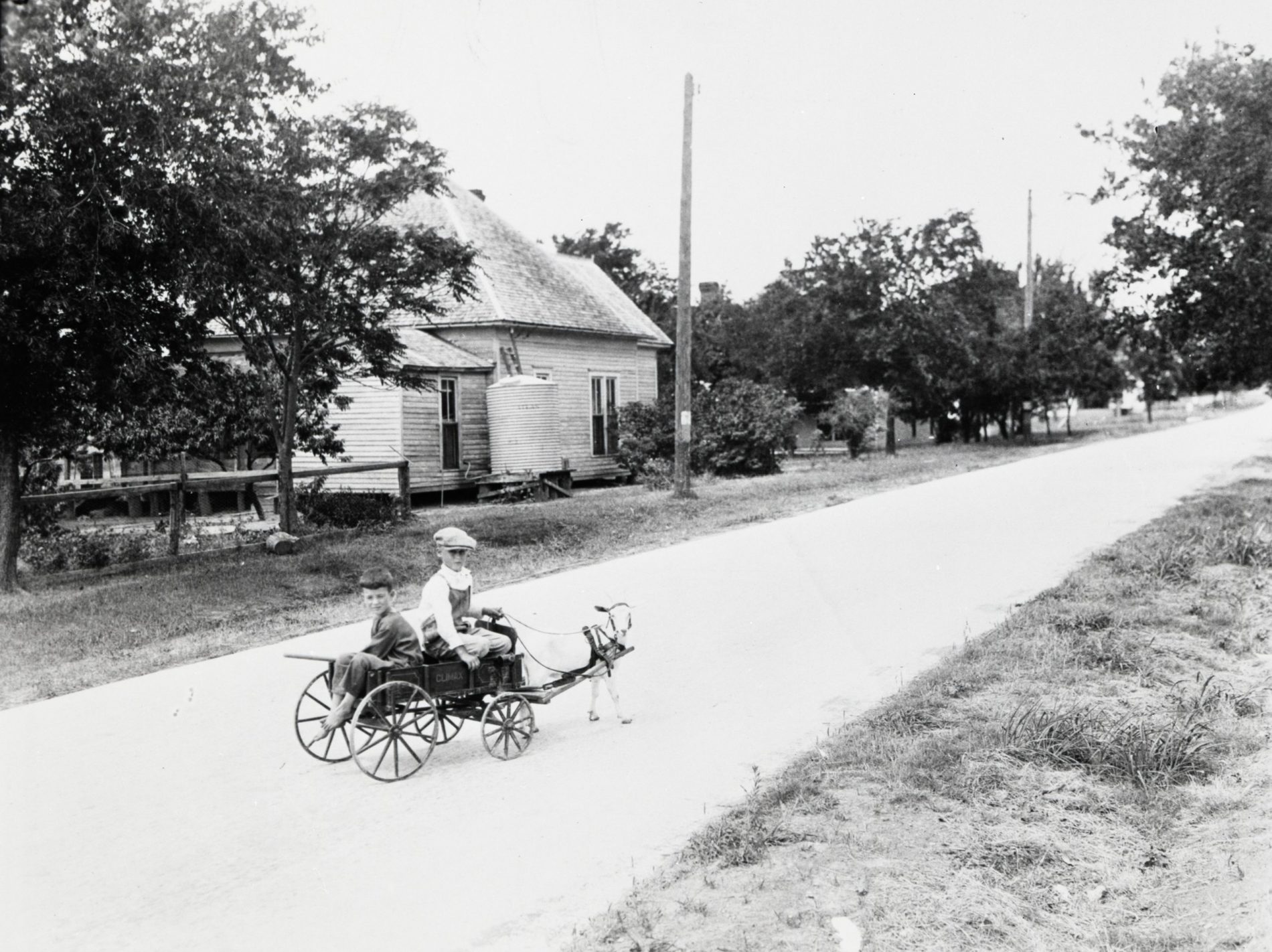 The well-worn two-lane road veering off US 180 between the towns of Weatherford and Mineral Wells might be able to keep its secret if it weren’t for a small sign with “BH” in bold black letters designating it as an “Historic Route.”

Indeed, the country road is a remnant of the Bankhead Highway, the nation’s first all-weather east-west transcontinental highway. The Bankhead was plotted in the late 1910s along existing roads—paved, gravel, and dirt—from Washington, D.C., to San Diego. In Texas, the route ran from Texarkana to El Paso, roughly following today’s Interstate 30 to Interstate 20 west of Fort Worth and then further west to Interstate 10.

“The best stretches of road for the Bankhead are west from Fort Worth to Strawn,” says Dan L. Smith, a champion of Bankhead preservation and author of the guide Texas Highway No. 1—The Bankhead Highway in Texas. “It doesn’t get much better than that, but you have to know what you are looking for.”

Wanting to learn more, I asked Smith to help me devise a daytrip that would provide insight about the dawn of Texas highway travel in the early 20th century. Our history lesson begins in Weatherford, off I-20 in Weatherford, where East Bankhead Drive references the old highway’s namesake. U.S. Sen. John H. Bankhead of Alabama had promoted the idea of a southern path for a national highway, a route that would traverse his home state and would avoid the winter travel hazards of the Midwest and Rockies. 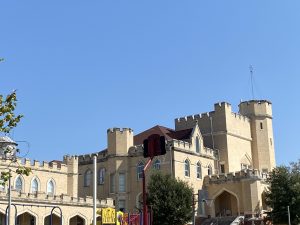 East Bankhead Drive first passes the Pythian Home—a “true Bankhead artifact,” notes Smith—that still is in operation. Called “The Castle on the Hill” because of its architecture, it was opened in 1909 by the Knights of Pythias Order for widows and orphans on what would become the designated Bankhead route in the following decade. Trees that line East Bankhead were planted in that era by the “Bankhead Ladies Auxiliary” in support of the highway coming to their hometown.

East Bankhead turns into four-lane Fort Worth Highway/US 180, south of which is the green expanse of Heritage Park bordering Town Creek. “There was a tourist camp there that dated back to the 1920s,” Smith said. “It was a big deal—land belonging to the Rotary Club, with kitchens, bathrooms, the whole nine yards.”

The obscure two-lane road off US 180 west of Weatherford was our first encounter with what the Bankhead must have seemed to early 1900s motorists, winding through farms and prairie and aligning with up-and-down terrain instead of burrowing through it. Today’s speed limit is 40 mph, though Bandy’s 1924 Sunshine Road Log, warned drivers of its era that “it is a violation of a Texas law to pass any car going over 15 mph. Parker is the only county that enforces this.”

Now called “Old Mineral Wells Highway,” the old Bankhead road leads to the small community of Millsap, bypassed when US 180 was built in 1938. Next comes Mineral Wells, recognized as the national midpoint of the Bankhead. Delegations from around the country convened there in 1919 to lobby for Bankhead’s routing, deciding on Texas rather than a competing proposal across southern Oklahoma. Conventioneers could sample “Crazy Water,” a product of the Famous Mineral Water Co. that was founded in 1913.

Palo Pinto, the county seat of Palo Pinto County, is next on our roll-down-your-window tour. Turn left off US 180 on Oak Street east of town to follow the original Bankhead route that passes the sandstone courthouse on its south side. What was a Bankhead-era filling station now houses a justice of the peace. Nearby are historical restorations in the Old Jail Museum complex —the two-story stone jail, log cabins, and a carriage house—which make a nice outdoor socially distanced walkabout. Before Oak Street rejoins US 180, you will cross a low concrete bridge built in the Bankhead’s early days.

The earliest route of the Bankhead from Palo Pinto to Strawn included a series of dirt roads with 90-degree turns likely following property lines, like some of the rest of the original routing across Texas. A more efficient route, now State Highway 16, eliminated the zigzags when it was completed in 1924.

Another reminder of the Bankhead’s routing is a two-story brick building in downtown Strawn that first operated as the Strawn Hotel and then was renamed in the 1920s as the Bankhead Hotel to emphasize Strawn’s inclusion on the Bankhead. Closed in 1972, its prominent marquee was repainted by civic leaders not long ago to remind visitors of the old highway’s legacy.

Promoters of the Bankhead and the Meridian, striving to hang on to their identities, recast the Bankhead as “Broadway of America” and the Meridian as “Main Street of North America.” Using the coordinates in old highway guides and Smith’s book, my wife, Eileen, and I found the intersection of the two historic roadways in downtown Fort Worth, near the intersection of Lancaster and Jennings Ave. Standing on the sidewalk across from Fort Worth’s main post office, I tried to imagine what possibly was the first true crossroads of America at that very place a century ago.