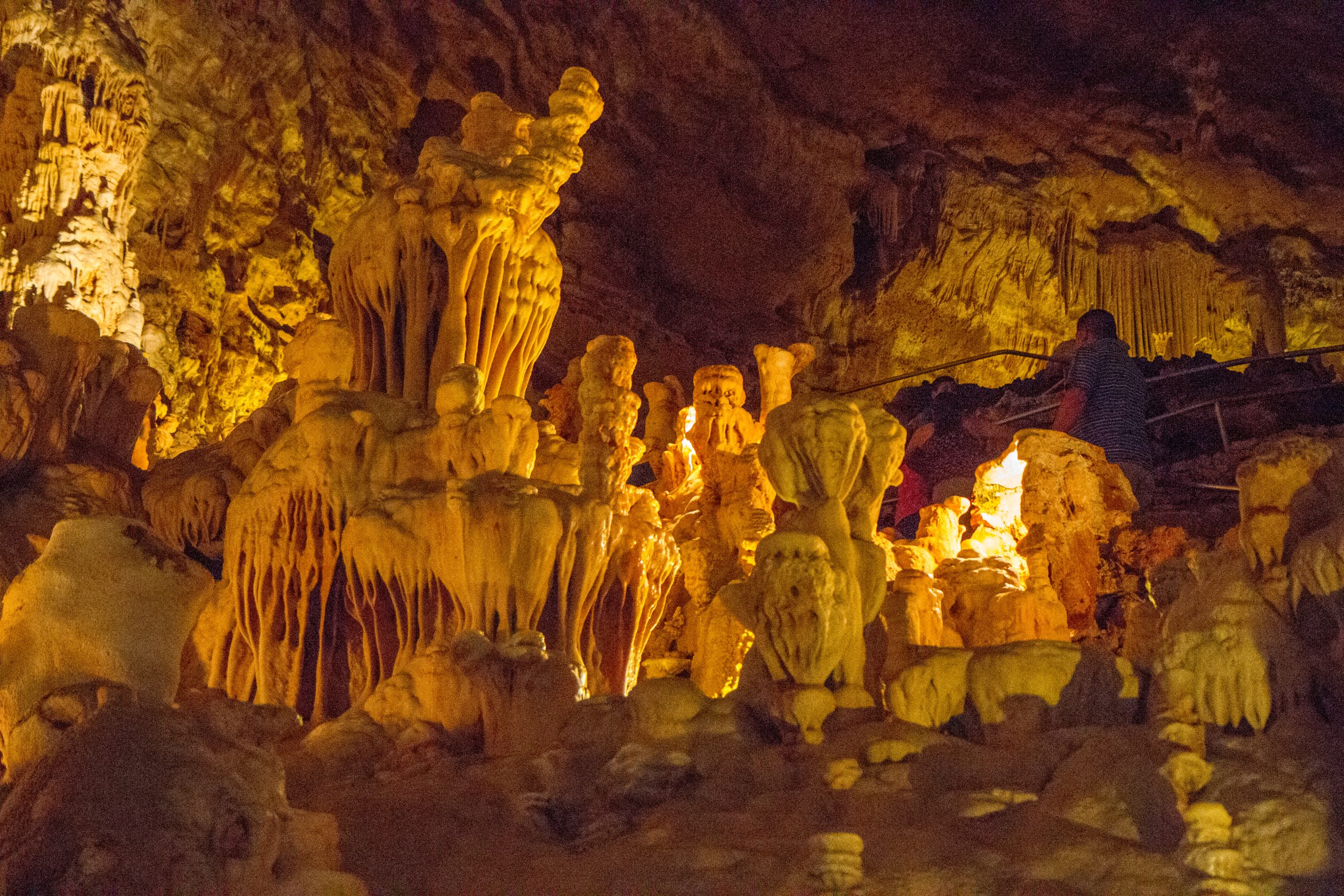 A four-bedroom, three-bathroom house on nearly 3 acres of land in Texas isn’t unheard of. But what about a home that comes with its own private entrance to a network of caverns?

That’s right. A San Antonio house listed at $875,000 is currently up for sale and is surrounded by 3,500 acres of Nature Conservancy land. Oaks, magnolias, and mountain laurel trees sprinkle the luscious green and outdoor spaces connected to the main house. And, at the far northwest side of the property is a nondescript door on a patio floor that opens up to a single, stone staircase that leads to another underground world.

The house is only 2 miles from the Natural Bridge Caverns’ official entrance, so the caves under the house are assumed to be part of the same network. A stairway and handrail have been put in place leading down into the caves from the house, and lights illuminate the way. The natural rock formations are highlighted by the lights put in place throughout the cave; stalagmites and stalactites decorate the open cave like fangs.

When a listing starts with “Do you love Natural Bridge Caverns” you know it’s going to be great. Currently listed for $875,000 in San Antonio, TX. pic.twitter.com/zxK52qb1CP

Built in 2006, the 2,745-square-foot house itself isn’t all that unique. It looks to have walk-in closets in every bedroom, tile floors in the kitchen, and a gazebo and playground in the backyard. Though we wonder who previously lived here, the property has garnered much attention after a Twitter account that reviews homes on Zillow tweeted about it on Wednesday. Whether it sells soon or not, this basement is as cool as they get here in Texas.